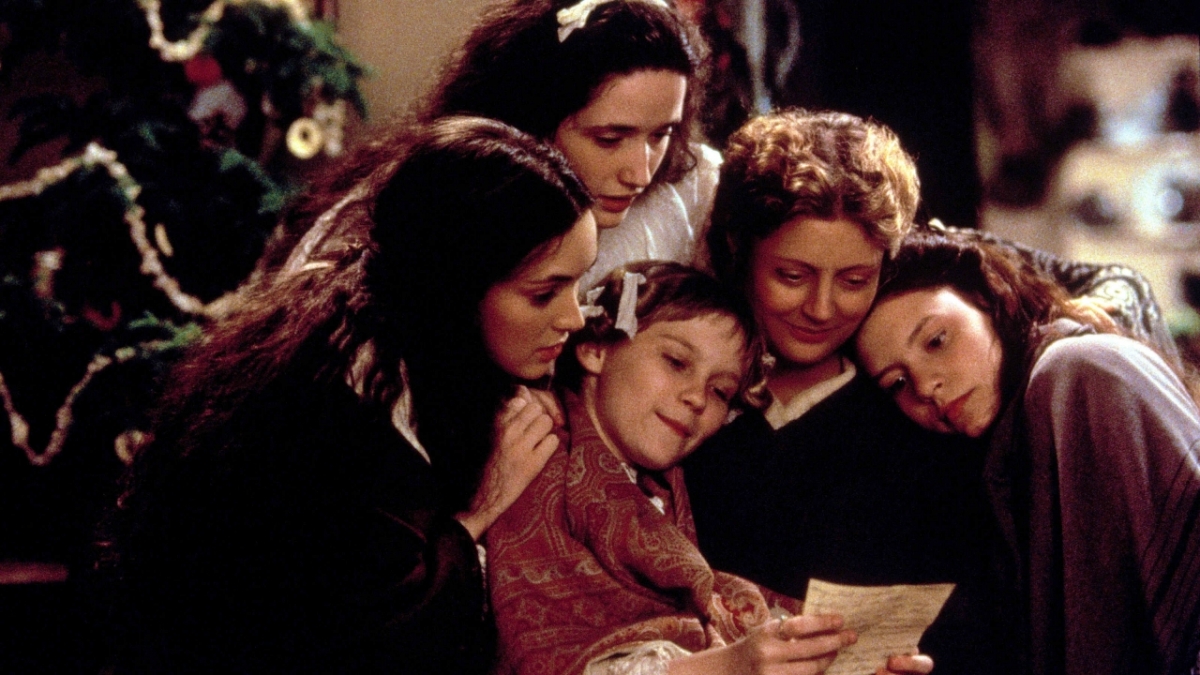 This ‘90s adaptation of Louisa May Alcott’s famous novel may be traditionally told, but it is perfectly cast and remains possibly the most endearing of them all.

Having seen Greta Gerwig’s version not too long ago, I was compelled to find this 1994 adaptation, and lo and behold, it landed on Netflix.  What luck!

Gillian Armstrong’s version may be the most endearing of them all, partly because Thomas Newman’s brilliant Oscar-nominated score delivers half of the magic.  (Newman was also Oscar-nominated for his work on The Shawshank Redemption in the same year, earning his first two nominations.)

The rest of the magic comes from the perfect cast, with Winona Ryder headlining as Jo, Susan Sarandon as Mrs March, accompanied by future stars such as Christian Bale as Laurie and Kirsten Dunst as a young Amy (she’s so cute!).

Armstrong’s adaptation is for the most part conventional, operating in a straightforward chronological manner that gives the film a traditional novelistic feel. While the movie isn’t exactly fast-paced, some key moments do seem like they have been glazed over, like a page to be quickly turned.

This is where Gerwig’s slightly longer version fares better—its pensive reimagining of Louisa May Alcott’s text in a non-chronological way allows for a psychological space to permeate the lives and thoughts of its characters.

Still, it is difficult not to be touched by the warm and natural storytelling in the 1994 version, and feel for the characters’ joys, sorrows and regrets.

Alcott’s work continues to glow on the big screen with numerous adaptations over many decades; for audiences who grew up in the ‘80s or ‘90s, Armstrong’s version may be the definitive one.

Personally, I prefer Gerwig’s (also incidentally the first time I was acquainted with the story), but this 1994 version strangely feels like a nostalgic dream, even though I never had a memory of seeing it.