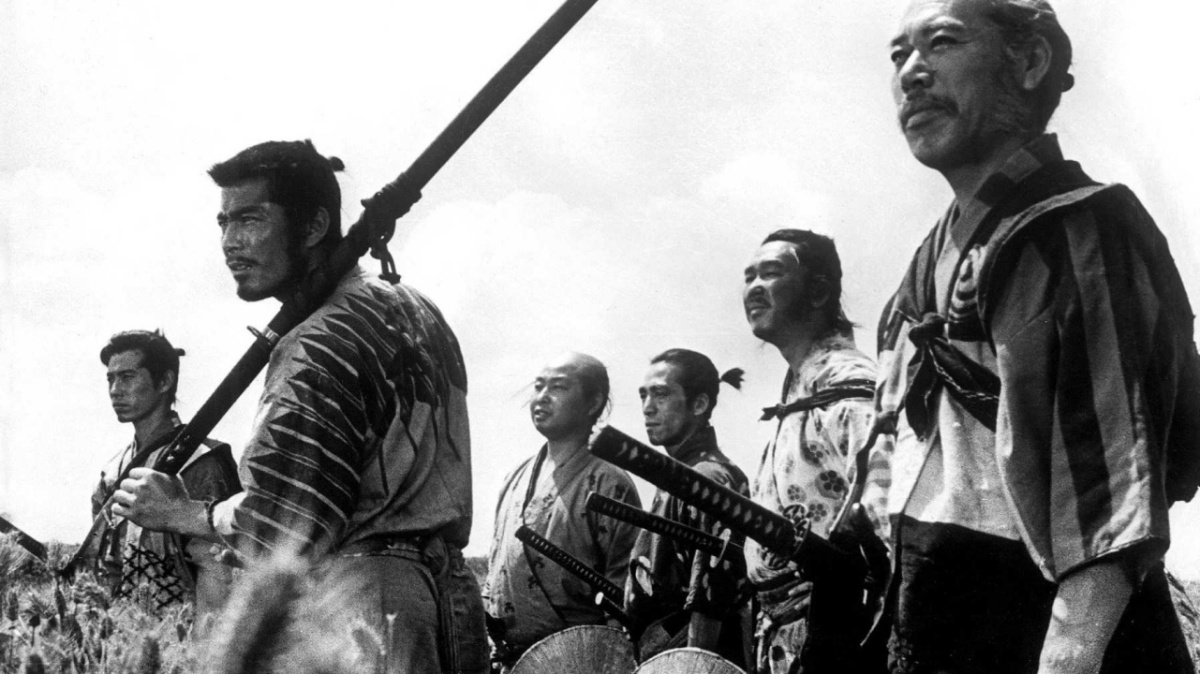 Kurosawa’s magnum opus is a glorious triumph and the standard-bearer for bravura epic filmmaking, still yet to be surpassed.

Zatoichi Goes to the Fire Festival (1970)

Few will disagree that Seven Samurai represents the definitive film of the legendary Japanese director’s luminous career.  In a decade that was proud to establish some of the medium’s most gifted practitioners including Ingmar Bergman, Federico Fellini and Satyajit Ray, Kurosawa was arguably the most influential.

Seven Samurai exists in many cuts.  The most rewarding is the original uncut version that runs more than 200 minutes.  Do not let the lengthy runtime put you off, because there is probably no other film as incredibly well-paced as Seven Samurai.  It gains tremendous momentum, and is so thoroughly enjoyable from start to end that the intermission sequence halfway through feels like the film’s only liability.

Repeated viewings get only better, allowing us to further appreciate Kurosawa’s technical prowess and artistic vision.  The film’s storyline is simple: A group of poor, helpless farmers hire samurai to protect their village from ruthless, marauding bandits who steal their rice.

“Don’t mess with me. I may look like hell, but I’m a real samurai!”

Seven Samurai is split into three major acts: First, the seven samurais are introduced.  Each is given time to develop a personality. Ironically, the longest time is given to Toshiro Mifune’s character, Kikuchiyo, who needs little development for his presence immediately lights up every scene he is in.  He gives the film’s most entertaining performance as an impulsive, wild, and occasional clownish peasant masquerading as a samurai.

In contrast, Kambei (Takashi Shimura), the leader of the group, is honorable and caring, and is in my opinion the film’s best-acted role.  A young inexperienced samurai, a skillful samurai who is always practicing his craft, and three other samurai whose personalities are interchangeable make up the other quintet.

The second act shows the integration of the samurai into the village of farmers who give them the cold shoulder by hiding in their shabby homes when they first arrive.  After all, samurai are still fundamentally killers and their instinctive reactions are triggered by fear more than anything else.  Kikuchiyo makes himself useful by breaking the ice between the two social classes in perhaps the film’s most hilarious set-piece.

Speaking of which, Kurosawa sprinkles the film with many scenes of humor (especially those involving the bumbling Kikuchiyo) that lightens the mood of the film, creating essential camaraderie amongst the characters.  And in a subplot, Kurosawa explores tradition and social stigmatism when one of the samurai forbiddingly falls in love with a daughter of a farmer.

“This is the nature of war: By protecting others, you save yourselves. If you only think of yourself, you’ll only destroy yourself.”

The third act showcases Kurosawa at his skillful best: the climactic battle sequences.  Filmed in adverse conditions that include heavy rain, mud and strong winds, these scenes are brilliantly edited through the rapid inter-cutting of chaotic ground shots of hooves of horses and limbs of humans (farmers, samurai, and bandits) as they scurry about to kill or avoid being killed, together with distinct eye-level shots of the events that are happening.  In one magnificent scene, a swarm of bandits on horses rush down from a hilltop to the village below in an uninterrupted sequence.

Never for a moment when watching Seven Samurai do we seem puzzled.  Everything is laid out clearly by Kurosawa.  Before the samurai meet the farmers, we already know most of their personalities.  Before the battle cry is sounded, the samurai have already taken us on a tour of the village’s key defense points and their tactical strategies while training the farmers to defend themselves.

With characterization and plot developments established so excellently, the joy of watching it all unfold is pure cinematic ecstasy. The art direction and costume design are exemplary.  Together with the incredible cinematography and haunting music, Kurosawa effectively transports us several centuries back.

Seven Samurai is in my opinion, the esteemed director’s greatest work, a glorious triumph that is still the standard-bearer for bravura epic filmmaking.  It represents not only a cultural turning point for Japanese cinema (its Western influences are obvious), but also an important milestone in the art of filmmaking.  If there was ever a film to show to students of cinema how to write, direct, and edit a movie, this is it.