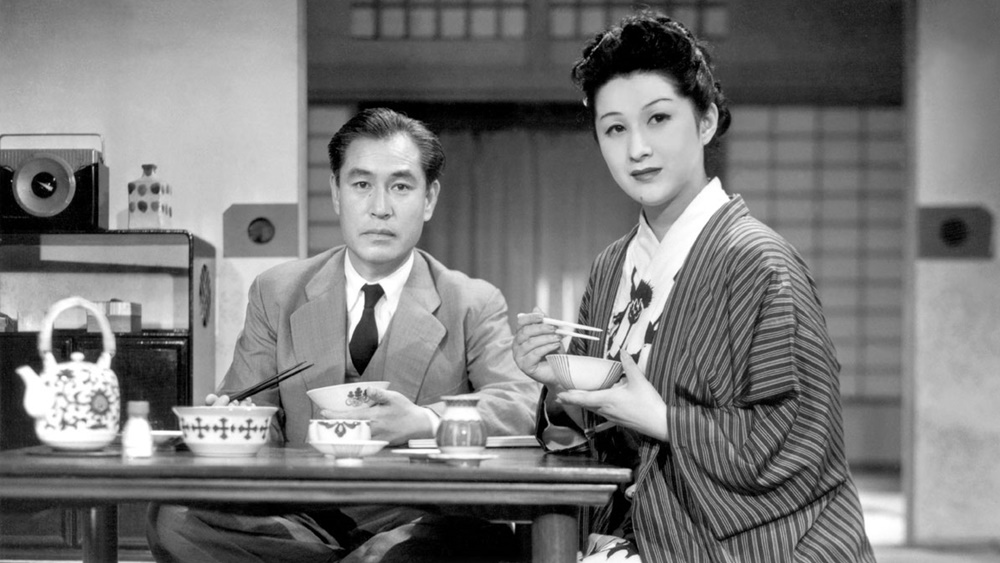 For fans, this lesser Ozu is still worth a pop in what is a leisurely-paced, relatively loosely-plotted, if slightly overdrawn drama about a middle-aged couple’s marital crisis.

Made in between Early Summer (1951) and his crowning achievement, Tokyo Story (1953), the fascinatingly-titled The Flavour of Green Tea Over Rice feels like a slightly undercooked patty flanked by two well-toasted buns, if food is an appropriate descriptor, though I’m not suggesting that it is Americanised in any way. The film is certainly a lesser Ozu in a number of ways, not least because it feels overdrawn even if the runtime is relatively shorter than his usual two-hour plus dramas.

In Flavour, Ozu takes time to set up the story and characters, which is his standard modus operandi, but what is surprising is that the main characters and their story only become foregrounded quite far into the film. This means that it is more difficult than usual to be invested in the narrative when it is hazy which set of characters Ozu had intended to center on.

Shin Saburi and Michiyo Kogure play Mokichi and Taeko respectively, a middle-aged married couple living together in Tokyo with a servant. Their story is the one that gets clouded by the many other characters that adorn the picture, particularly Taeko’s fellow girlfriends who dominate early on. We also become acquainted with Setsuko, Taeko’s niece, played by Keiko Tsushima (who was prominent in Kurosawa’s Seven Samurai (1954)).

“Think well before you pick your groom, it’s important.”

At times, Setsuko’s story seems to be privileged—she’s a modern woman with progressive thinking, detesting the arranged marriage that her parents are preparing for her. Her story appears to run parallel to the aforementioned couple’s, and at one point, marked by a dramatic instance of her rebellious streak, becomes even more interesting than anything else in the film.

Flavour retains most of the characteristics of Ozu’s style that are evident in both his earlier and later films, such as his famous ‘pillow shots’ that poetically moderate storytelling pacing or the ‘tatami mat’ positioning of his camera.

Fans of his unique formalism might however find some moments disconcerting, particularly with Ozu uncharacteristically choosing to move his camera in what would usually have been static shots.

Flavour ultimately explores the theme of marital crisis, marked by unclear or over-demanding expectations. As a result, how does one live to be in a happy marriage—and for whose happiness? Ozu offers a viewpoint in which the film’s title will also begin to make sense.