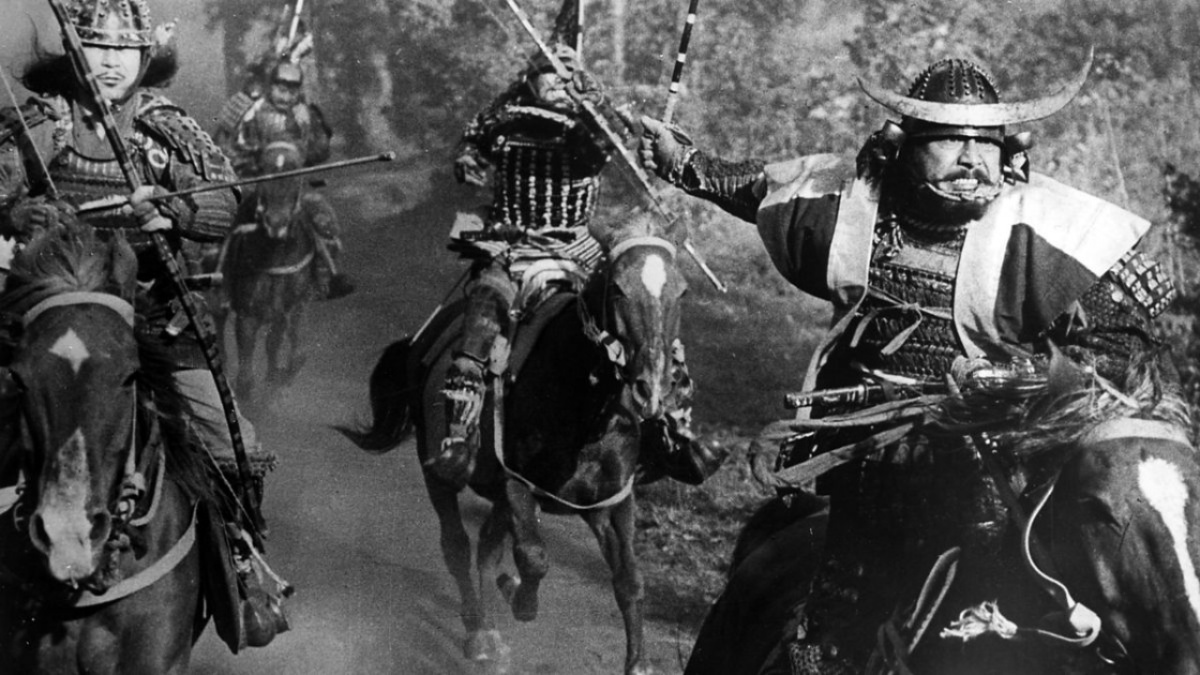 Kurosawa’s Noh-influenced take on ‘Macbeth’ is elemental, engrossing and one of the greatest screen adaptations of Shakespeare.

Riding Alone for Thousands of Miles (2005)

Rarely has a film used fog as well as Throne of Blood, a work of tremendous elemental beauty that sees director Akira Kurosawa infusing the harsh natural elements of his location shoot (much of the film was shot at the foothills of Mount Fuji) with the psychological turmoil experienced by his characters.

In both Rashomon (1950) and Seven Samurai (1954), Kurosawa brilliantly used pelting rain on mud to intensify feelings of desolation and perseverance respectively.  In Throne of Blood, the use of fog in particular evokes the circularity of man-induced bloodshed, borne out of devious notions of fear, vengeance and authoritarian power.

It gets better with each viewing, and I have reason to think that Throne of Blood easily ranks as one of the greatest of Shakespearean screen adaptations.  It is, however, not just an adaptation of ‘Macbeth’, but a cultural and historiographical take on the text, inspired by traditional Noh theater and the civil war period of 14th century Japan.

“Admirable, my Lord.  You, who would soon rule the world, allow a ghost to frighten you.”

‘Macbeth’ simply functions as a familiar pretext to what is an endlessly fascinating film about the worst of human nature, performed by the great Toshiro Mifune as a battle-hardened commander whose thoughts are clouded after a chance encounter with a forest demon who foretells his destiny to become the Great Lord.

Mifune’s performance is matched, maybe even surpassed by Isuzu Yamada, who plays his delusional wife.  Her face works like a Noh mask, and her movements are unsettling.  I think hers is one of the most convincing portrayals of a woman gone bonkers in postwar Japanese cinema.

The film’s breathtaking climax, one of Kurosawa’s finest moments as a director and editor, is a revelation no matter how many times you see it.  I won’t spoil it for you, but it involves a hell lot of arrows.  Bookended by a bleak song that sorrowfully expresses the film’s karmic circularity, the film opens and closes in a somber mood.

Like The Hidden Fortress (1958), Throne of Blood should work as an entry-level Kurosawa picture for those who want to start exploring his unparalleled body of work, in stunning black-and-white cinematography no less.