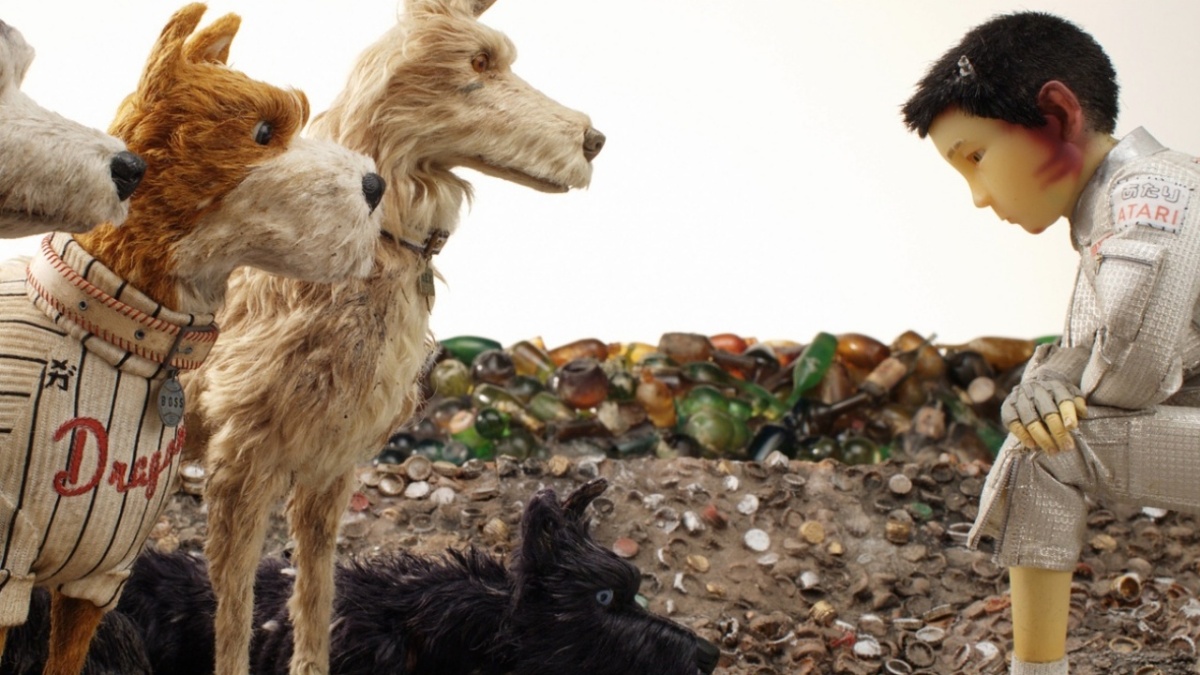 Wes Anderson’s quirky set-in-Japan dogs’ tale is breathtaking in its stop-motion animation detail, while accruing a rhythmic sense of movement and storytelling momentum from start to end.

Viewed: In Theatres
First Published: 12 May 2018
Spoilers: No

It has been nine years since Fantastic Mr. Fox (2009), still my favourite Wes Anderson movie, and possibly his finest work thus far.  Returning to stop-motion animation once again, the beloved filmmaker has devised one of his most entertaining yarns.

Dog lovers will certainly dig this, as the main canine characters—Chief, Rex, King, Boss and Duke—find themselves in the company of a little boy, whose plane crash-lands on their isolated wasteland called Trash Island, where ill, hungry suffering dogs reside.

The boy, Atari, is on a mission to find Spots, his long-lost dog, whilst in the nearby city of Megasaki, an anti-dog mayor is seeking re-election, hoping to exterminate all the dogs on Trash Island once and for all.

Amid a backdrop of political conspiracy, Isle of Dogs is a race-against-time type film to save Man’s best friend.  Bookended by taiko drummers, whose sound is part of the beautiful soundtrack by Alexandre Desplat and which dutifully sets the tempo, the film is an aural-visual treat.

Considering Anderson’s immaculate mise-en-scene and his unparalleled attention to detail, it is almost a given that his use of monochrome colours, dollhouse-like props, precise camerawork, symmetrical compositions and rhythmic cuts—developed over numerous movies, and sometimes to a fault—are all in the spotlight.

“I wish somebody spoke his language.”

Absurd scenarios are rendered quirky and plausible through Anderson’s inimitable style, and the dialogue (as spoken by the dogs and voiced by an endless string of A-list stars) pokes fun at everything from canine humour to Japanese culture, the latter of which has been a source of controversy for some critics, who feel Anderson has gone too far in terms of its cultural appropriation.

I have to disagree though, because the film is so lovingly-made and I doubt it could have been made in any way other than the Wes Anderson way, any cultural appropriation masquerading as homage is best seen as largely benign.

One might recall the set-in-India The Darjeeling Limited (2007), also the subject of the same controversy, as Anderson exoticises a land and its people very much unfamiliar to him.

But his love for India is apparent, not least his inclusion of source music from the films of Satyajit Ray.  Likewise, in Isle of Dogs, he pays tribute to Akira Kurosawa by, among other things, using that famous theme from Seven Samurai (1954).

While Anderson cannot claim cultural authenticity in his latest effort, it is hard to denigrate him for any lack of love for his subjects.