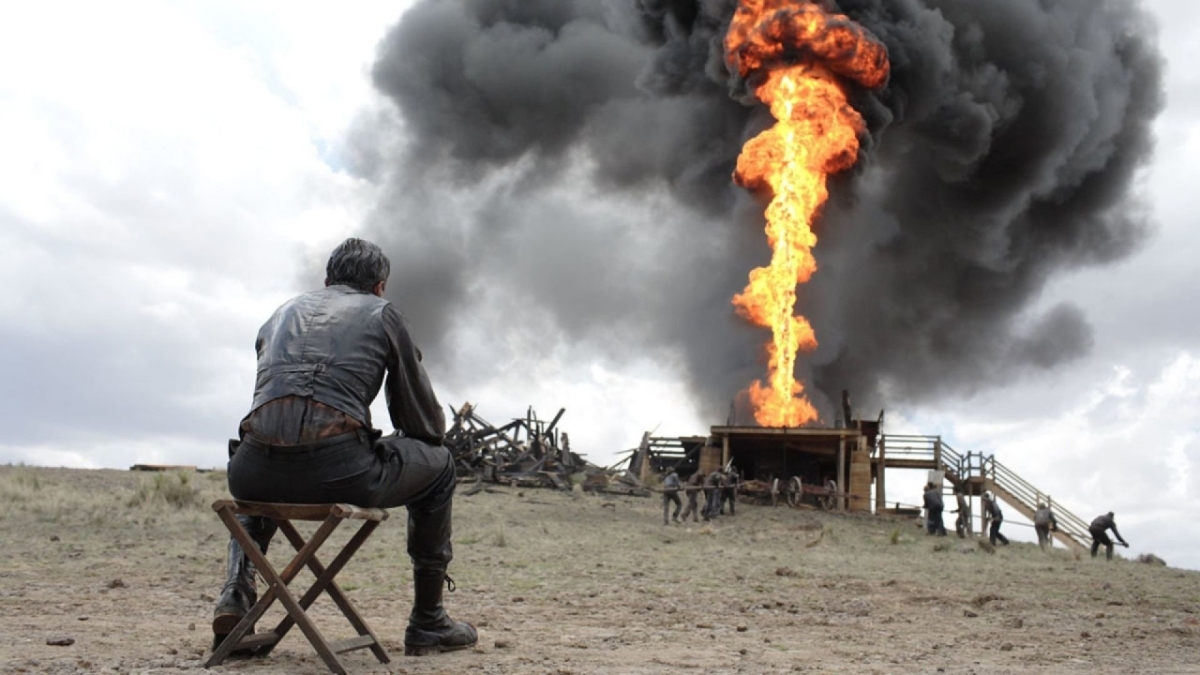 Not just P.T. Anderson’s finest film to date, but one of the greatest works of the 2000s decade – this is a cinematic masterpiece in every sense of the word.

This is without a shadow of a doubt Paul Thomas Anderson’s most accomplished film to date.  It may or may not be your favourite work of his, but it is impossible to deny its greatness.

I have seen it more than six times now, and every single time I’m taken aback by Anderson’s mastery of the medium.  I’m quite certain in time to come, There Will Be Blood will be regarded as a genuine American masterpiece of the 2000s decade.

Loosely adapted from the novel ‘Oil!’ by Upton Sinclair, the film shows both Anderson’s brilliance as a director and a screenwriter.  He is focused, precise, and knows how to present his vision in the most cinematic way possible, without compromising on plot and character.

Running close to 160 minutes, the film is methodically paced with the intention of letting the drama and tension unfold and sweep over you. Daniel Day-Lewis’ Oscar-winning performance as Daniel Plainview, an oilman whose greed knows no boundaries, is one of his very best, and that’s saying something.

He is pitted against Paul Dano, in a breakthrough role as Eli Sunday, a self-taught religious preacher whose only wish is to spread the gospel and bless the town’s oil wells.  Dano’s strong performance ought to have earned him a Best Supporting Actor Oscar nomination.

What makes There Will Be Blood tick from a thematic standpoint is the sheer intrigue that comes out of the dialectic between capitalism and religion.  Anderson pushes both themes to their extremes, embodied so wholeheartedly by Daniel and Eli respectively.

“Things go up, things go down, but at least the Lord is always around.”

Their overwhelming enthusiasm and fervour cloud the inherently positive qualities of both constructs – one is eager to convert the other to his beliefs, no matter what it takes.

Shot by Robert Elswit, and scored by Jonny Greenwood (in his first collaboration with Anderson), There Will Be Blood pays homage to Stanley Kubrick in many ways: the opening scene, with dissonant strings, wouldn’t have felt out of place in The Shining (1980).

The use of classical music to accompany visuals of large, turning mechanisms of an oil well remind me of the rotating space stations of 2001: A Space Odyssey (1968). Not to mention the bowling alley shot in the climax – Kubrickian is the word.

There Will Be Blood also contains what I would champion as one of the greatest set-pieces in American cinema – the oil well explosion sequence midway through the film.

I urge you to see this masterpiece.