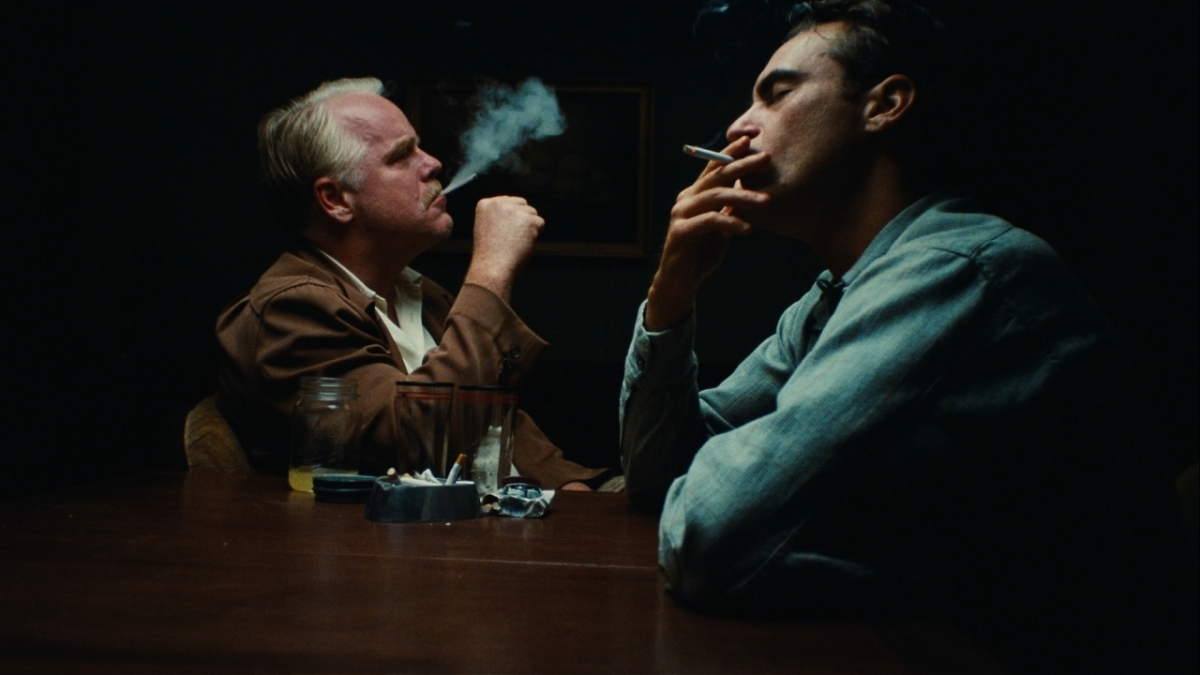 P.T. Anderson continues his formidable form with another masterful work, backed by a trio of stellar performances from Phillip Seymour Hoffman, Joaquin Phoenix and Amy Adams.

An unanimous critical hit at Venice, The Master became somewhat divisive as it premiered across the US and other parts of the world.  Tipped to score Oscar nominations for Best Picture and Best Director prior to its release, the film appears to have a better shot at the acting categories considering that its awards momentum has somewhat slowed.

Written and directed by Paul Thomas Anderson, who I regard as the most important American filmmaker working today after Martin Scorsese, The Master is a calculated attempt at delivering a ‘talked-about’ film worthy of the most prestigious of awards.

The Master stars Joaquin Phoenix as Freddy Quells, an alcoholic drifter who sees no purpose in life after serving in WWII. He chances upon Lancaster Dodd (Philip Seymour Hoffman), who with his wife Peggy (Amy Adams) are in the process of experimenting with the birth of a new spiritual cult.

The film explores the relationship between Freddy and Lancaster, both in their most intimate and explosive moments.  Very loosely based on Scientology, The Master contains content that will sure to cause controversy.  But for us Singaporeans, I believe we will be more intrigued than feel any passion for or against the subject.

“Man is not an animal.  We are not a part of the animal kingdom.  We sit far above that crown, perched as spirits, not beasts.  I have unlocked and discovered a secret to living in these bodies that we hold.”

The Master is an actor’s wet dream. Phoenix and Hoffman are on song with their brilliant performances.  There are two sequences that are so well-directed and acted that it is difficult not to be in awe of Anderson’s skill as an actor’s director:  A long-take ‘no blinking’ question-and-answer session between the two great actors, and an outrageous sequence of both actors in separate prison cells.

The film is also a cinematographer’s wet dream.  The decision to shoot on 65mm is one. The other is the countless number of wide, picturesque shots, some reminiscent of the kind of old Hollywood nostalgia evoked in films like Hitchcock’s North by Northwest (1959), which has been cited by Anderson as a key influence.

While The Master does not reach the mysterious and grandiose heights of There Will Be Blood (2007), which I feel is the finest American picture of its decade, it consolidates Anderson’s status as one of the world’s most formidable filmmakers.