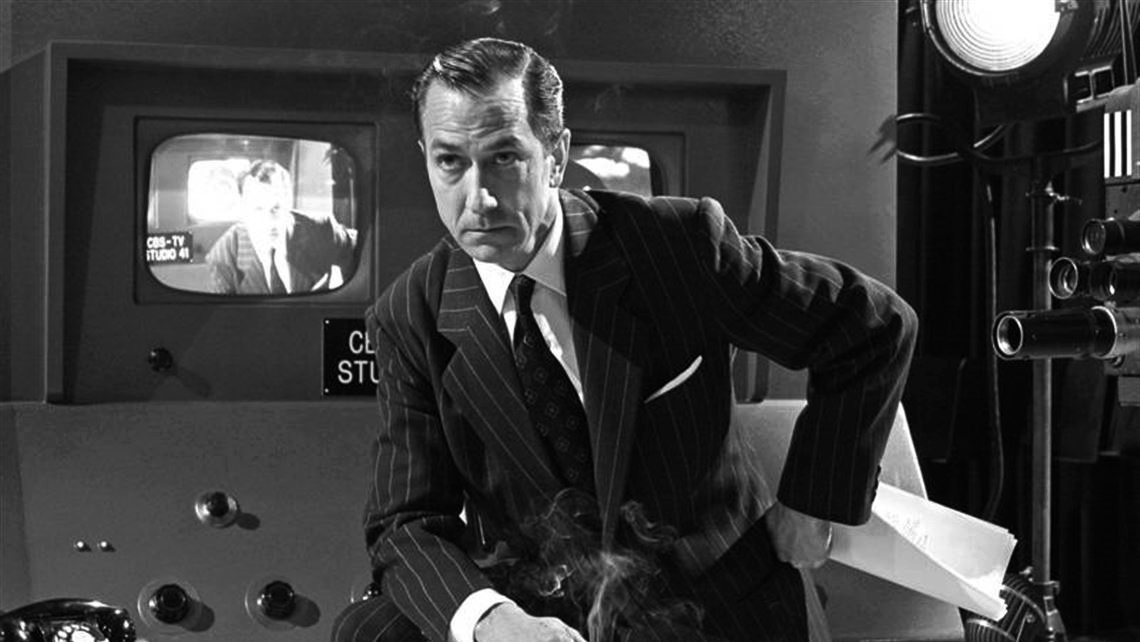 Clooney’s finest moment as a director is this tightly-structured black-and-white tribute to pioneering broadcast journalist Edward Murrow as he battled McCarthyism head-on in the 1950s.

Not many know that George Clooney is also a film director, and having directed eight feature films over the last twenty years, he is surprisingly prolific for an actor who also directs.

His second feature, Good Night and Good Luck is probably his finest moment as a filmmaker, earning him a Best Director nomination in a year with Steven Spielberg (Munich) and eventual winner Ang Lee (Brokeback Mountain).

At around 90 minutes in length, Clooney’s film is a tightly-structured work that celebrates Edward Murrow, a pioneering broadcast journalist who opened the doors for television programmes to offer thought-provoking engagement with the political and social issues of the time.

This was the ‘50s, and it was also a time when McCarthyism reared its very ugly head.  Good Night and Good Luck is a cogent snapshot of Murrow’s battle against the rising tide of anti-communist sentiment prejudicially propagated by the infamous Senator Joseph McCarthy.

“We cannot defend freedom abroad by deserting it at home.”

With an ensemble cast that includes Clooney himself, Patricia Clarkson, Jeff Daniels, Robert Downey Jr. and Frank Langella, it is David Strathairn’s uncanny portrayal of Murrow that very much steals the show.

It’s a brilliant performance of depth and nuance as he draws us not just into his character, but the new, burgeoning world of television stations.

Crisply-shot by Robert Elswit, who would lens P.T. Anderson’s There Will Be Blood (2007) two years later, Good Night and Good Luck is essential viewing for those interested in a crash course on McCarthyism and the inner workings of a television broadcast station.

It is also terrifically entertaining, with the storytelling flowing like a river as the exemplary use of diegetic jazz music takes us from one mood-filled sequence to the next.