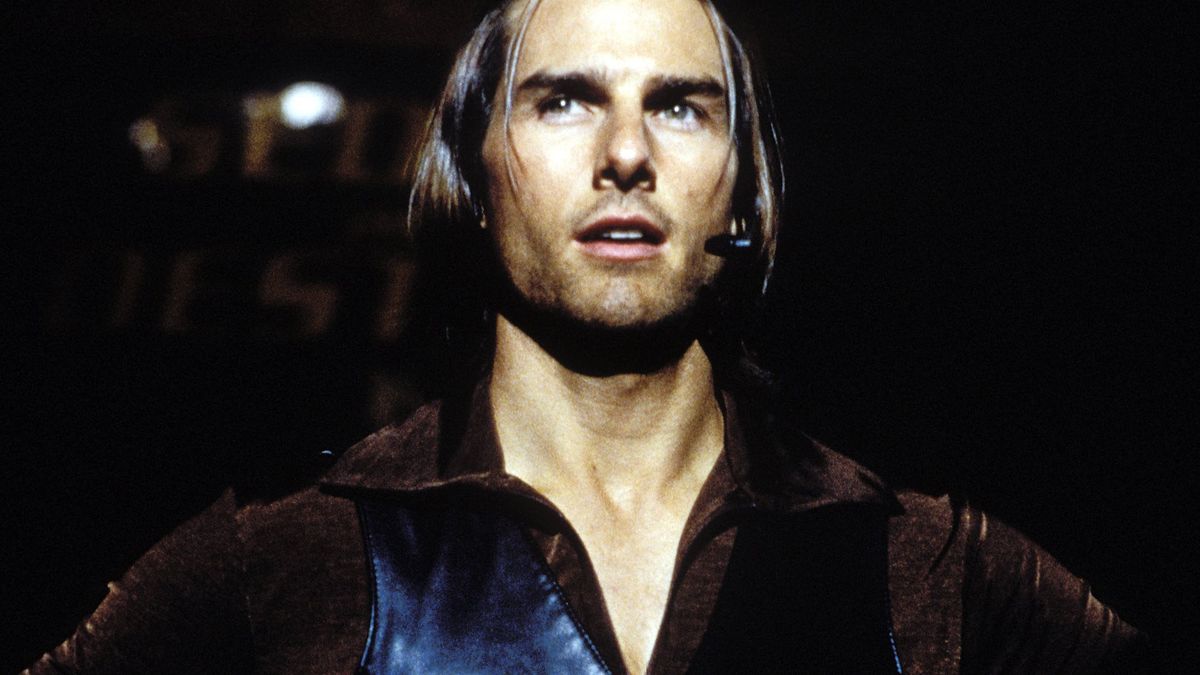 A masterful tapestry of interwoven stories and interconnected characters – this is one of P.T. Anderson’s finest hours.

The Academy Award-winning oil epic, There Will Be Blood (2007), his best work to date, confirms him as a modern film master, and the probable successor to the likes of greats such as Stanley Kubrick and Robert Altman.

Magnolia features an ensemble cast which includes Tom Cruise, Julianne Moore, and Philip Seymour Hoffman, and many, many more.  There is no leading performance here; every major role is given almost equal screen time and treatment.

And each role is written so splendidly and masterfully that the characters take a life of its own, reflecting almost a whole spectrum of personalities that define people as diverse as a celebrity host with health problems to a home nurse who cares for a patient on his deathbed.

Magnolia charters the paths of nine people in a small town in America over the course of one rainy day and night.  Each character is linked directly or indirectly to one another through blood, shared media, chance, or past history.

“Come on, Frank. What are you doing?”
“What am I doing? I’m quietly judging you.”

All of them have their own sets of problems: the fear of dying, fear of what the future brings, and fear of reprisal, as well as the loss of freedom, harboring past guilt and sorrow, and the inability to forgive.

All is to change during the final quarter of the film as P.T Anderson pulls a shocker of a rabbit out of his hat, conjuring up an incredible, jaw-dropping climax of almost biblical proportions that changes the lives of these people, for better or worse.  Some will find redemption; others will find themselves more exposed than before.

P.T Anderson’s tale of chance and coincidence is so keenly observed that it is like numerous undiluted slices of American life interwoven perfectly together into a cinematic quilt that one can pull over and enjoy the warmth that it radiates.

Scrupulously edited and filmed with energy, Magnolia is a symbol of the vulnerability of the American society today, and the hope that the future brings more optimism than bleakness.  This film is a near masterpiece.