A slow and thematically dense drama about forgiving, forgetting, and remembering, backed by a decent ensemble performance. 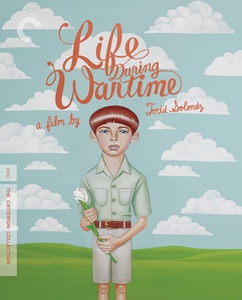 There are the two famous Andersons in American independent cinema – Wes Anderson (Moonrise Kingdom, 2012) and Paul Thomas Anderson (There Will Be Blood, 2007), and weirdly enough, there are also the two famous Todds – Todd Haynes (Far from Heaven, 2002) and Todd Solondz, the latter whose new film is the subject of this review. The film is not entirely new actually, as it was released back in 2009.

Life During Wartime, as it is called, is a bipolarizing film to begin with. It can become extremely dull one moment, and extremely thought-provoking in another. The whole experience is more or less above-average, and I can’t see mainstream audiences liking it as far as entertainment is concerned.

Life During Wartime is a slow-moving feature with an ensemble cast of actors no one knows, except maybe the British actress Charlotte Rampling. There is no story to tell, hence the film doesn’t have a traditional narrative structure. But what it does tell are ideas, or themes that if you are willing, will resonate with you.

The key ideas are about forgiveness, forgetting, and remembering. They are seemingly exclusive words with disparate meanings, but writer-director Solondz weaves a thread through them, at once unifying them, yet finding new meaning in each one of them, and how each word can allow a person to come to terms with the world that he or she is living in.

“Are you saying you would forgive the 9/11 terrorists?”

It’s a war-torn world we are living in now, hence the film title. Wars are happening, be it civil or political. Terrorists continue to blow up places. And in the film, a boy learns that his father is a pedophile who has now finished his decades-long jail term. That is one of numerous inter-related mini-‘stories’ that make up Life During Wartime, which in itself is a loose sequel to Solondz’ Cannes award-winning Happiness (1998).

Life During Wartime won Best Screenplay at Venice for its dense but sometimes indigestible writing, though it is the decent ensemble acting, and some fine individual performances that make it bearably watchable.

Can one forgive, but not forget? Can one not forgive and forget? How does one forget or remember? What does it mean to forget and remember? The beauty of these three ideas is that you can treat them individually or combine them in any sort of permutation, they would still make sense depending on the scenario.

The film paints a few scenarios that have happened before, and creates talking points from its dramatic material. Eventually, Life During Wartime becomes not so much a film, but a taste of life itself. But life, as you may well know, can be boring yet intriguing, which is what this strange little film is.