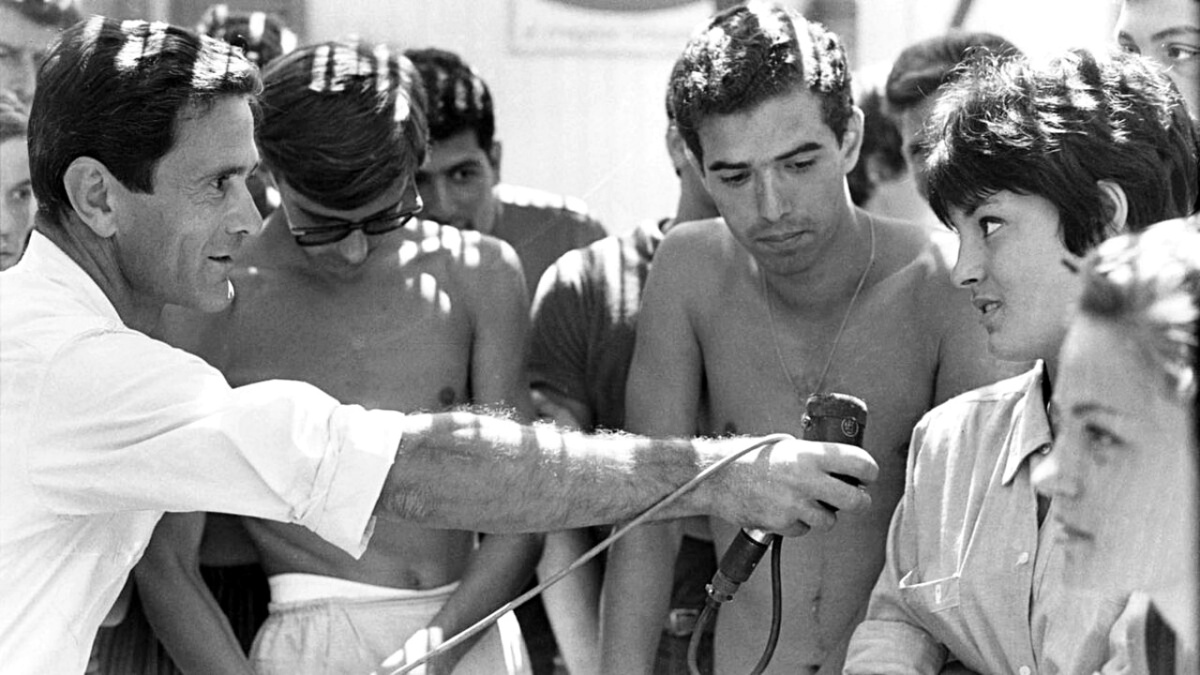 Pasolini asks the Italian public very bold and awkward questions about sex—and all of its political, social, economic and cultural implications—in this superb and highly-entertaining documentary survey.

Cast: –
Plot: Pasolini traveled throughout Italy, from the factories to the beaches, and interviewed passersby about their attitudes toward sex.
Awards: Official Selection (Locarno)
Source: –

This is unexpectedly one of Pier Paolo Pasolini’s finest works and it’s in the form of a documentary survey.  Love Meetings is as straightforward as it gets and has no pretensions as to what it aspires to do.

With just a camera operator in tow and a microphone in hand, Pasolini travels around Italy to interview as many folks as he can on the topic of sex.

From the north of Milan to the south of Sicily, we witness a range of people—young, old, male, female, working-class, intellectuals, etc.—put on the spot as they are asked questions about their own sex lives to their thoughts about sexuality, marriage, prostitution, homosexuality, and more.

“If sex didn’t exist, what would be the point of living?”

On one hand, it is quite hilarious to observe how awkward things can get, though Pasolini does try to get his subjects to respond candidly and without fear.

On the other hand, the film is deeply insightful, particularly how Pasolini, albeit sometimes too heuristically, positions his inquiries contextually, eliciting opinions about the political, social and economic conditions of the country.

One of these, the infamous Merlin Law at the time that saw brothels being suppressed causing prostitutes to roam the streets, draws ire from both men and women in one of the segments.

Love Meetings is a superb and highly-entertaining film—I wonder if anyone in my conservative island of Singapore would dare try something like this.  I know I’ll be too shy to respond.