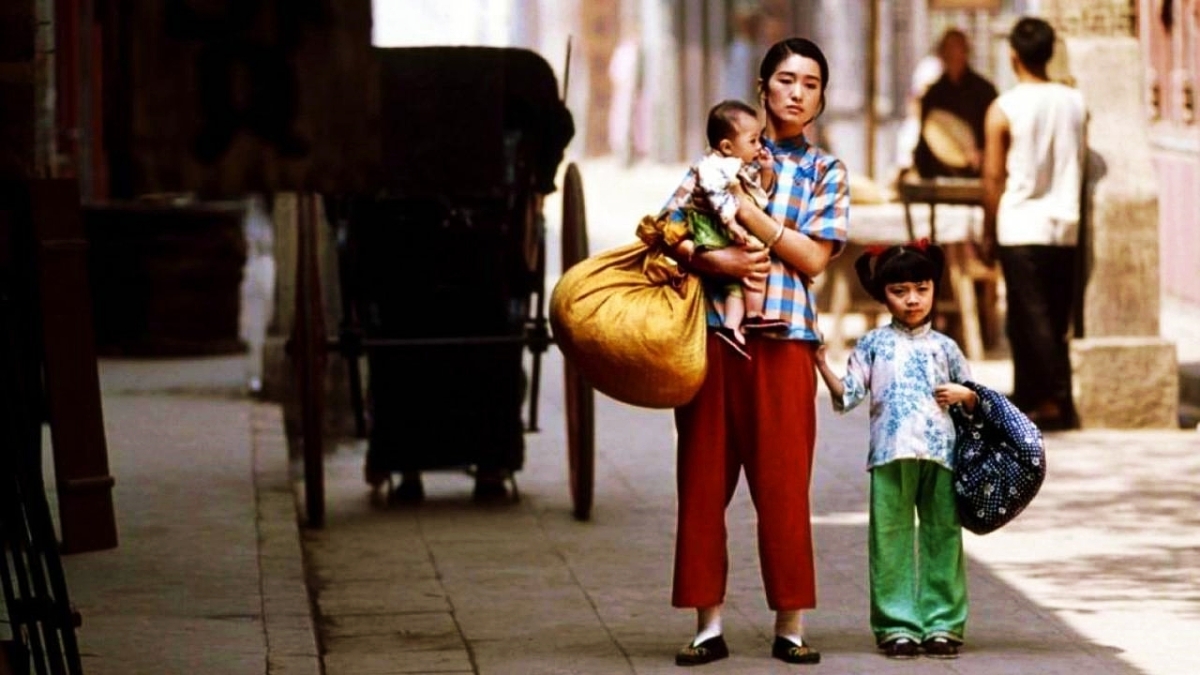 Zhang Yimou’s greatest achievement comes in the form of this intimate and emotionally devastating through-the-decades account of one Chinese family’s tumultuous existence through the momentous times of the Cultural Revolution.

Viewed: The Projector Plus
Spoilers: No

This is, to me, Zhang Yimou’s finest film in his storied career.  Now revisiting it only the second time after fifteen years, I still stand by my opinion.

It is an astonishing work centering on one Chinese family’s tumultuous existence through the momentous times of the Cultural Revolution.

Played by Gong Li and Ge You (in a Cannes Best Actor performance) as the couple in question with a daughter and a younger son, To Live is a painstaking (and might I also emphasise the word ‘pain’ here) look at China at the crossroads of political, social, economic and cultural change.

To be able to situate the family’s plight, and occasionally, their simple joys of living, in this complex historical context is Zhang’s masterstroke.

“Our family is like a little chicken. When it grows up, it becomes a goose and that will turn into a sheep. The sheep will turn into an ox.”
“And after the ox?”
“After the ox is Communism, and there will be dumplings and meat every day.”

Through straightforward and unhurried visual storytelling backed by a strong script, he is able to constantly locate the personal and intimate in the larger canvas.

This is perhaps best expressed in Zhao Jiping’s heartrending music, a simple, recurring melody that functions like an aural ellipsis that not only summons the echoes of time, but evokes sorrow and affirmation for the characters during different parts of the film.

In a year where Pulp Fiction won the Palme d’Or (albeit deservingly), To Live had to settle for the Grand Prize of the Jury.

That, however, doesn’t diminish Zhang’s staggering achievement.  In fact, To Live would feel comfortable among the likes of such masterpieces of Chinese cinema portraying 20th century Chinese history as Hou Hsiao Hsien’s A City of Sadness (1989) and The Puppetmaster (1993), Tian Zhuangzhuang’s The Blue Kite (1993) and Chen Kaige’s Farewell My Concubine (1993).