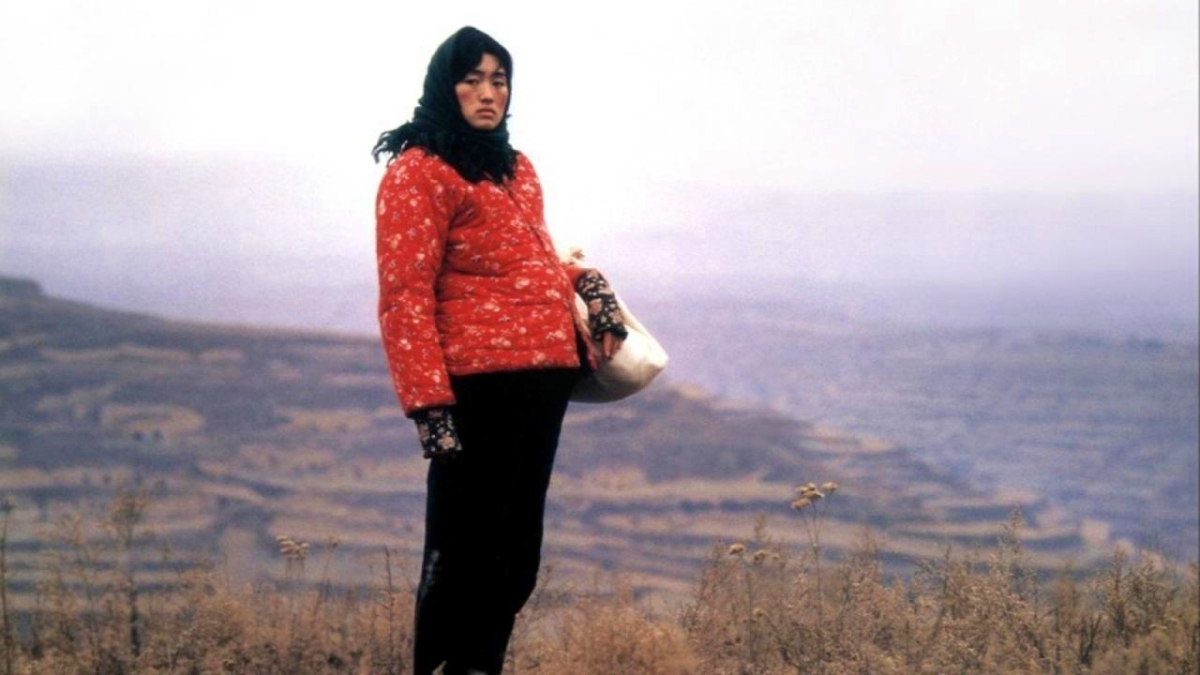 This culturally vibrant but slowly-paced drama lacks the emotional pull that Zhang Yimou’s earlier films are famous for.

This is a story of a woman so determined to fight for fairness that she is consumed by the virtue of justice.  This is The Story of Qiu Ju.

You see, Qiu Ju’s (Gong Li) husband is kicked in the groin by the village chief after a heated argument.  She demands an apology from the chief, but out of saving his own face, he silently refuses.

Qiu Ju goes to see the local mediator, who decides the chief should compensate her family with a small sum of money.  When the chief sees her again to hand over the money, she refuses to accept it.

The chief throws the money at her in frustration sparking a chain of events that sees Qiu Ju travelling to the province, and then to the city to seek redress.

Chinese auteur Zhang Yimou directs Gong Li to a Best Actress win at the Venice Film Festival, where the film also won the prestigious Golden Lion.  The Story of Qiu Ju was made at a time when the director was in his most fertile filmmaking stage.  Yet, it is comparatively weaker than his other works such as Ju Dou (1990), Raise the Red Lantern (1991) and To Live (1994).

I’m not implying that The Story of Qiu Ju does not match up to the quality of the director’s best works, it just feels underwhelming, despite Zhang’s strong direction and another excellent performance by the great Gong Li.

“Do good people sue each other?”
“Of course!”

Perhaps the problem lies in the way the narrative has been structured.  It feels like in the past when an old man would tell stories to a group of listeners on an empty sidewalk.  In other words, the structure of The Story of Qiu Ju seems too linear, too straightforward, and too chronological.

It has a relatively short running length of about 100 minutes, but feels like a full half-hour longer. It also feels significantly slower than his other above-mentioned works, which have a similar pace but appears more involving.

Zhang’s film is an insightful cultural exercise, as evident not only in the use of classic Chinese music (a folk song repeats itself many times while accompanying numerous transition scenes that see Qiu Ju travelling out of her hometown), but also the visual and aural paralleling of both village, provincial, and city life that show China at its most modern, but also at its most traditional.

The Story of Qiu Ju is also a thinly-veiled attack on the Chinese government’s inability to adequately provide for its citizens, in this case, the mere request of a pregnant village woman to obtain an earnest apology from her perceived wrongdoer.

Still, director Zhang is hopeful that the dogged determination of Qiu Ju would inspire courage in those affected by the lack of judicial fairness or moral aptitude from the authorities, not just in China, but elsewhere in the world.  That is, the courage to demand what is morally right from dastards with enough power to distort the value of justice.