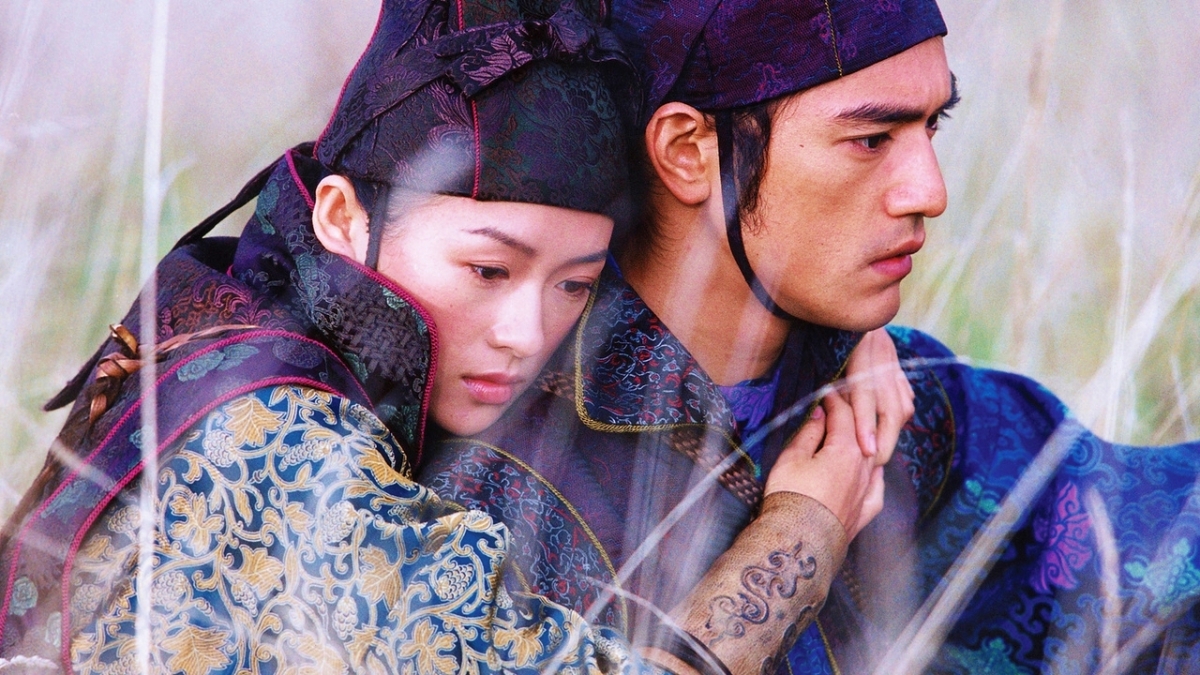 Zhang Yimou’s best film of the 2000s decade, this is a drama-cum-tragedy that is never uncomfortable to reveal its sentimentalism amid stunning action set-pieces.

Cast: Zhang Ziyi, Takeshi Kaneshiro, Andy Lau
Plot: A  romantic police captain breaks a beautiful member of a rebel group out of prison to help her rejoin her fellows, but things are not what they seem.
Awards: Nom. for Best Cinematography (Oscars)
Source: Sony Pictures Classics

The second of Zhang Yimou’s unofficial martial arts trilogy, House of Flying Daggers is without question a better film than Hero (2002) and Curse of the Golden Flower (2006).  Starring Zhang Ziyi, Andy Lau, and Takeshi Kaneshiro, the film tells the story of a rescue mission to save a blind woman held under captivity whom is supposedly part of the ‘Flying Daggers’ clan.

As the film progresses, what seems like a conventional play of run-and-hide after the plan worked becomes a complex situation of double-crosses, loyalty and betrayal, love and tragedy.  There is even a hint of a looming war between the highly-skilled ‘Flying Daggers’ and their enemy, a massive army commanded by an uncompromising General.

The war never materialized on screen which is a bit of a disappointment, anti-climatic even.  But I salute Zhang for not pursuing a pointless, epic battle which would have made the core of the story – the love triangle as played by the three leads – become insignificant by comparison.

Stripped of its martial arts, House of Flying Daggers is a convincing drama-cum-tragedy.  At the emotional level, this film manages to succeed where Hero and, to a certain extent, Curse of the Golden Flower have failed.

House of Flying Daggers combines style and substance with aplomb, a considerable improvement over Hero, which apart from its splendid visual poetry is rather empty narrative-wise.

“I sacrificed three years for you. How could you love him after only three days?”

The most remarkable sequence filmed is the fight in the bamboo forest. Zhang’s mastery of cinematography is in full force here; he lets natural light shine through the trees, giving the scenes an exquisite balance of light and shadow and using it as a beautiful backdrop for some amazingly choreographed acrobatic fights enhanced by visual effects.

In another fight scene lasting only more than a couple of minutes, the characters battle their way through the seasons – from summer to snow – reminding us of the ability of cinema to alter the time-space construct.

The mournful but lovely music by Shigeru Umebayashi adds another layer of emotion to the narrative.  It grows in resonance toward the end in which it deliberately attempts to manipulate viewers into tearing up. However, the film is never uncomfortable to reveal its sentimentalism.  Such is Zhang’s preoccupation with the tragic tale of forbidden love that it becomes the focal point of the film.

The performances are generally good, no one outstanding in particular though.  House of Flying Daggers may lack the colorful vibrancy of Hero, the Shakespearean epicness of Curse of the Golden Flower, or the powerful socialistic, cultural and political themes that characterized his best works such as Raise the Red Lantern (1991) and To Live (1994), but it remains to be the best Zhang film of the 2000s decade.