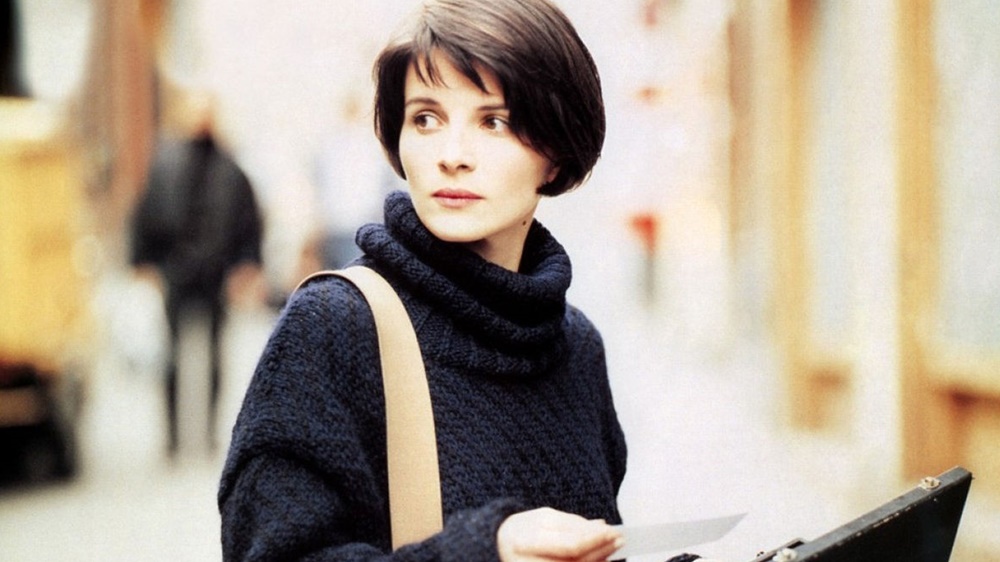 A psychological and musical treatise on personal grief by the great Kieslowski, by turns imaginative and humanistic. 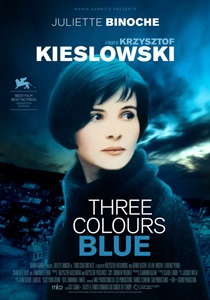 Blue, the first part of the ‘Three Colours’ trilogy that elevated the great Polish director Krzysztof Kieslowski into the super league of internationally renowned arthouse auteurs, is an extremely polished work centering on the theme of personal loss and grief. It is also about freedom, or more contextually, liberté or liberty, the virtue that the colour blue represents in the French flag according to the revolutionary motto.

In Blue, liberty is expressed with an acute sense of intimacy through Kieslowski’s intentional use of close-ups and symbolic use of the aforementioned colour. Some have accused the director for being too self-indulgent with his techniques, as if such artistry would make the film an exercise in contrivance, failing in its aim as a soul-searching drama. But to be fair, it isn’t so.

The woman in question, Julie, played by a young and immaculate Juliette Binoche, wakes up in the hospital from a car accident that has left her husband and kid dead. It is one of the great opening sequences in 1990s European cinema, with Kieslowki employing as few scenes as possible for the prologue, yet telling us everything we need to know to set the picture in motion. We also learn that the husband was a widely-respected music composer, whose final uncompleted work was a commissioned fanfare for the reunification of Europe.

“Now I have only one thing left to do: nothing. I don’t want any belongings, any memories. No friends, no love. Those are all traps.”

This is where Kieslowski brilliantly brings into play the two thematic cornerstones of Blue – a psychological exploration of personal grief as mentioned, and a musical treatise with political inclinations. Both serve the film’s inquiry into liberty, not just the freedom of the individual to renounce the past and chart a new path, but also the function of music (and, by extension, the arts) in underscoring a progressive spirit of socio-political reconciliation.

Binoche’s performance is minimalist, as if hiding her emotions intently, but we feel her angst and joy at rediscovering herself, almost always through her late husband’s music. The past haunts her, but yet she must confront it to move on. Kieslowski takes this common trope but cleverly expresses it through editing – the recurring motif of fading to black as Juliet is asked a question, before fading back to as it was with her response is brilliant, elongating what would have been a split-second into a deep moment of psychological contemplation. The great Zbigniew Preisner complements the inner experiences of Julie with his classical-styled, sometimes operatic score.

Blue is imaginative, and comes across as fluid as the relationships that connect the characters. Ultimately, like Three Colours: Red (1994), which I think is even better, Blue is a beautiful hymn to what makes us human – our relations, our memories, and of course, our inertias.