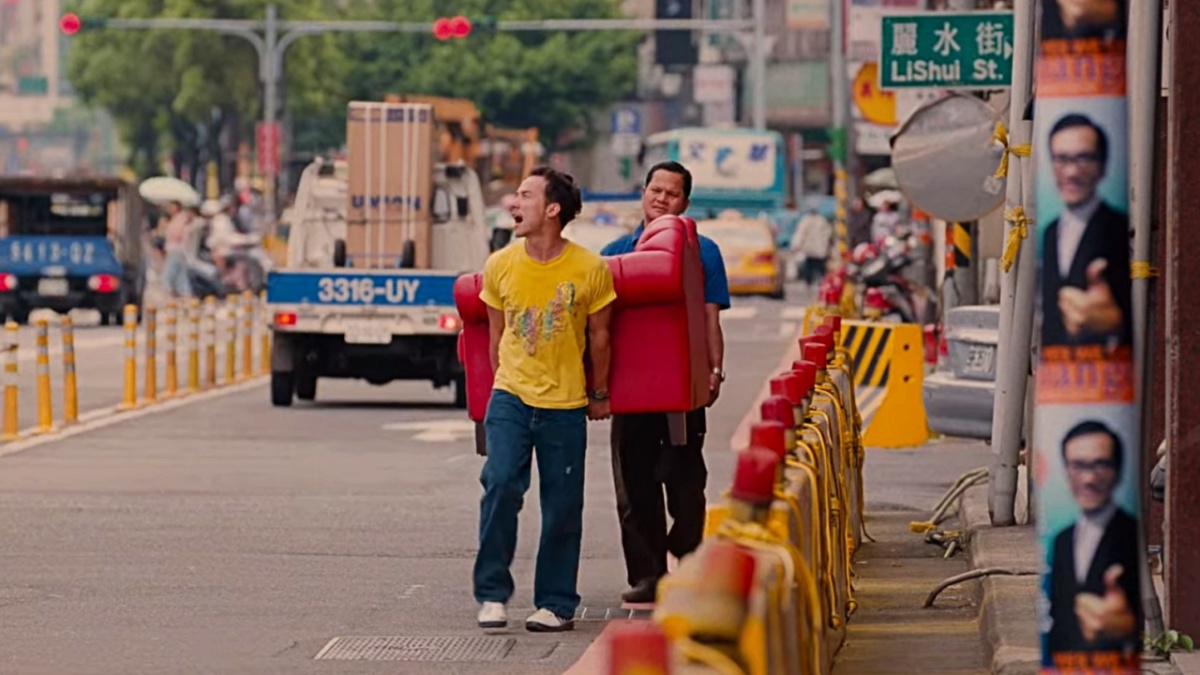 Not dull, but also not memorable, Ho’s debut feature sparkles at times but also disappoints.

This light-hearted, no-frills comedy directed by Ho Wi Ding is half-decent at best, and is nowhere near as memorable as some of the lower-budget independent works from Taiwan such as Au Revoir Taipei (2010) by Arvin Chen.

The plot tells of two Filipino labour workers working in the same factory in Taipei. They are Dado (Bayani Agbayani) and Manuel (Jeffrey Quizon). They find a brand-new red couch left alone by a quarrelling local couple and decide to bring it back to the rooftop of their dormitory where they could enjoy cold beer and contemplate the night sky.

As a comedy, Ho’s film does provide a few laughs, with the best comedic scene going to the one that shows Dado explaining to Manuel about the need to shrink Taipei 101. Interlaced with moments of subtle drama, Pinoy Sunday shows promise as a “slice of life” kind of film.

Unfortunately, much of the drama seems staged, and appears to function in a way that does not feel integral to plot advancement. On hindsight, it feels more of a “road movie” driven not by circumstance, but by coincidence.

While there is a clear motivation by the leads to bring that aforementioned couch back, that motivation is not backed up by an ideal loftier than materialistic desires.

This is due in part to the character development of the two leads, which is lacking despite the effort by the screenwriters to include romantic subplots to caricaturize Dado and Manuel as polar opposites when it comes to interpreting love and passion.

The link between their romantic exploits and their arduous journey at hand does not seem to be well-established, and even feels mutually exclusive at times.

Judging from the film’s ending, it is quite obvious that Ho wants to paint the picture that reality exists and it sucks. Life is a struggle and being “outsiders” in a city that is understandably xenophobic does not help the cause.

I had the opportunity to catch Ho’s award-winning shorts Respire (2005) and Summer Afternoon (2008), both of which were quite admirable from a technical standpoint. But for Pinoy Sunday, I am less than impressed. While it is not dull, it does not feel at all cinematic, and would appear more at home on a Sunday afternoon matinee on a television broadcast than in a theatre near you.