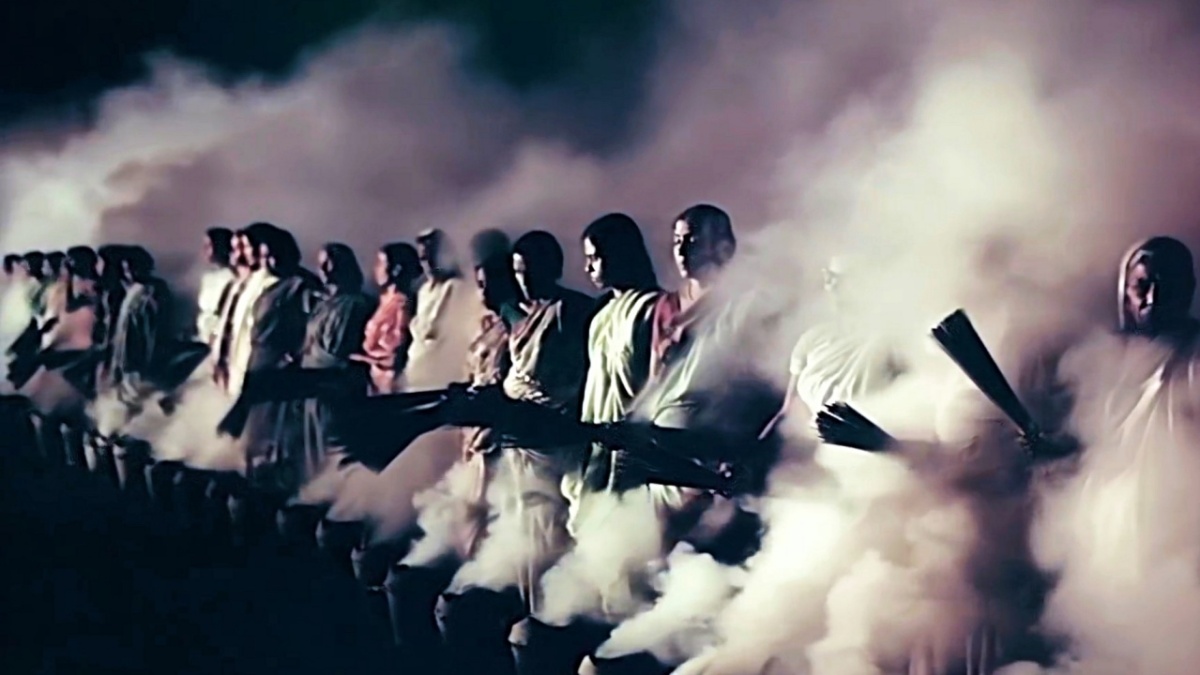 Smoke from coal ovens is a recurrent visual motif of class struggle in Sen’s excellent take on the material poverty of Calcutta’s poor, sprinkled with bouts of indelible dreamlike scenes.

Cast: Anjan Dutt, Gita Sen, Utpal Dutt
Plot: Dipu, a cynical young man, is asked to write an article on middle-class society by the man who runs a newspaper agency. He must now prove his worth as a writer in a span of two days.
Awards: Won Best Actor & Nom. for Golden Lion (Venice)
Source: D K Films

Just starting out with Mrinal Sen (this is my third film of his after The Guerilla Fighter and In Search of Famine), and I’m already loving what I’m seeing.

The Kaleidoscope is terrific as Sen channels his sociopolitical activism in the form of a realist drama that at times shifts into a more surrealist portrait of what is wrong with Indian society, especially the middle-class’ neglect of the working-class.

At the same time, there is a sense of aspiration for material wealth in the working-class in order to gain a foothold in society.  In the middle of this capitalistic dilemma (that is to say, capitalism as problem and solution) is Dipu, in quite the no man’s land as he tries to get a job as a writer for a publication.

In his first try-out piece, he is tasked to write something about the ‘ways’ or ‘lives’ of the working-class that would be attractive or newsworthy (or to put it in a less positive light, something that might stoke merely a curious glance from a more sophisticated-minded reader).

“We live in smoke, you twats!”

Despite living with his poor mother and brother, Dipu struggles to find something interesting to write about, and in the process discovers that reality is dull, while the prospect of stirring up an unnatural course of events to solve his debilitating writer’s block may be construed as inauthentic.

As such, The Kaleidoscope is a thought-provoking take on the material poverty of Calcutta’s poor, best encapsulated in Sen’s recurrent visual motif of smoke emanating from numerous coal ovens that the poor use to cook food—that unfortunately chokes them daily.

Sprinkled with bouts of indelible dreamlike scenes, The Kaleidoscope locates a symptom of a society ill-equipped to deal with its ever-present if implicit problems of class struggle, leading us to see better through the smoke-screen.