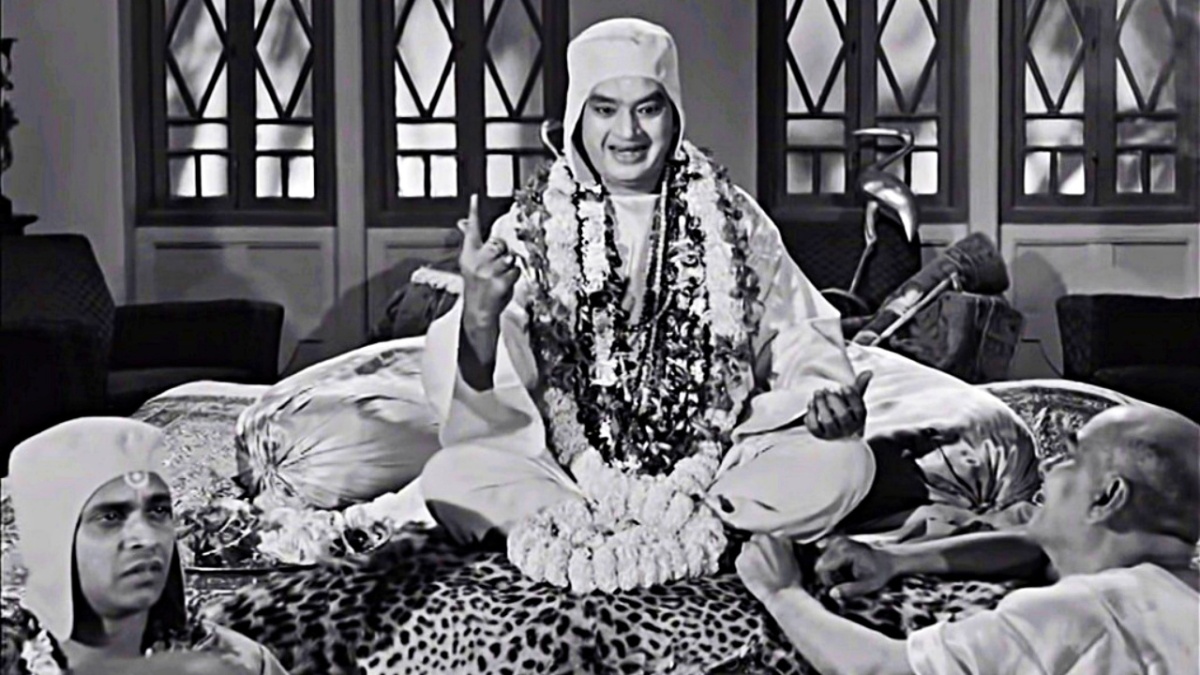 A con-man who pretends to be an all-powerful spiritual guru is at the centre of Ray’s modest if stinging social commentary on the naivety of succumbing to blind faith.

One of Satyajit Ray’s shortest features, The Holy Man’s modest aspiration hides a stinging social commentary that also works as a satire of sorts about conniving people who claim to be someone they are not.

In that regard, Ray’s film is more relevant than ever today than it probably ever was, what with the exponential rise in scams as a pandemic rages on.

Here we have a con-man pretending to be an all-powerful spiritual guru, amassing a good number of devotees who try to seek immediate remedy for the misfortunes in their lives.

The titular character is convincingly played by Charuprakash Ghosh with a devilish grin on his face, as he effortlessly claims that he has rubbed shoulders with the likes of Jesus, Buddha, and all manner of Indian gods.

Despite the short runtime, The Holy Man does pack a lot of themes within the narrative.  The most obvious is of course people’s naivety of succumbing to blind faith—perhaps Ray is also indirectly indicting some of his fellow countrymen who can’t think rationally for themselves.

An accompanying theme is the resoluteness of science in debunking myths or traditional ways of thinking, though in arguably the film’s most sharply ironic moment, a conversation about Einstein suggests that the equation E=mc2 was told to him by the guru.

While it is not as highly-praised or widely seen as Ray’s other films in the period such as Charulata (1964) or The Hero (1966), The Holy Man is worth a look if you have the chance to.