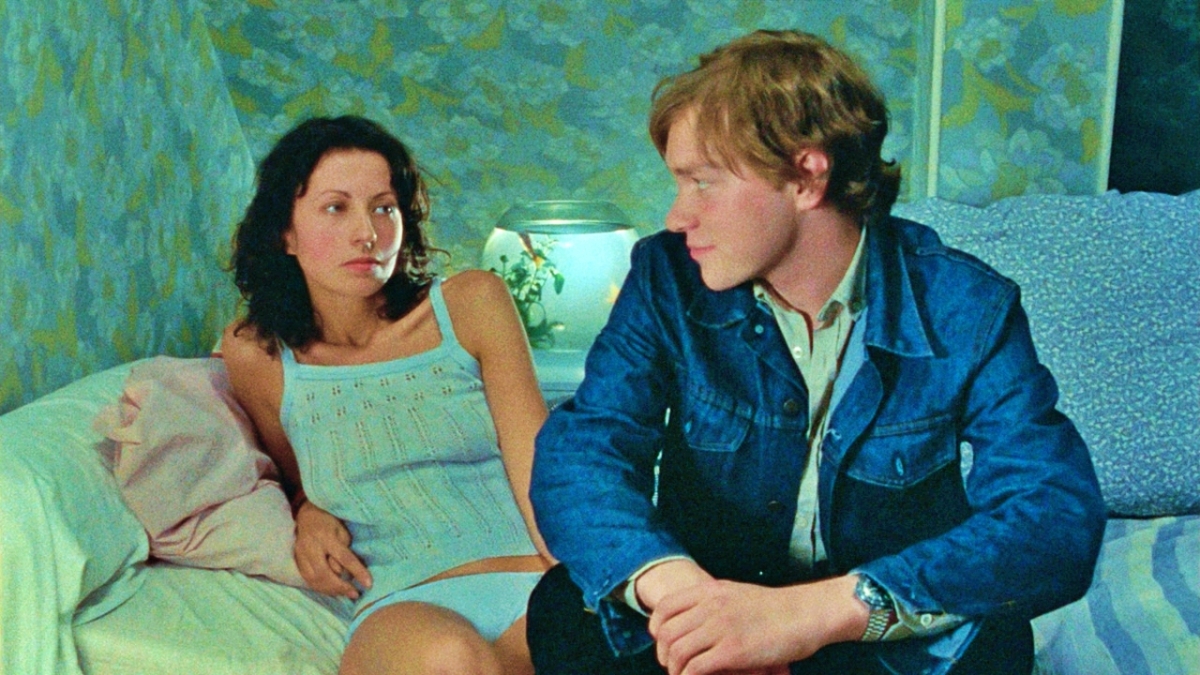 The film’s unconventional narrative structure and free-flowing dialogue stand out as Rohmer effortlessly delivers a relationship-spying story in the guise of a romantic comedy.

Cast: Philippe Marlaud, Marie Riviere, Anne-Laure Meury
Plot: When a law student sees his girlfriend’s ex step out of her apartment early one morning, he tries to think of all the possibilities, which triggers a series of misunderstandings and miscommunications.
Awards: –
Source: Les Films du Losange

It’s such a breeze to watch an Eric Rohmer picture, and in The Aviator’s Wife, we see him effortlessly deliver a relationship-spying story in the guise of a romantic comedy.  Yet the film doesn’t fall into the trappings of any genre at any point.

The current boyfriend of a slightly older woman sees her ex come out of her apartment one morning, sending his mind into hyperdrive—this sparks the plot, based on the proverb, “it’s impossible to think of nothing”, in what was the first of Rohmer’s ‘Comedies & Proverbs’ pictures.

Largely playing a guessing game, the said boyfriend tails the ex like an amateur spy, only to serendipitously acquaint with a flirtatious teenage girl along the way.

Lead actor Philippe Marlaud tragically died a few months after the film’s release when his tent caught fire in a campsite.

Rohmer’s unconventional narrative structure sees this ‘diversion’ stretch out as an entire second act even as the spying continues in the background.

Film is largely about visual storytelling, but Rohmer’s gift for seemingly endless naturalistic dialogue that captures the rapidly changing dynamics of relationships is enough of an attraction on its own.

The performances are excellent, especially Marie Riviere as the woman in the center of the ‘love triangle’.  Rohmer richly draws out her character whose insecurities about love will make you like and detest her at the same time, yet she disappears for a good half of the film.

A film about trying to make sense of an elusive truth with little evidence at hand and a chockful of assumptions, The Aviator’s Wife is a delightful work and highly accessible even for those unfamiliar with the French New Wave master.