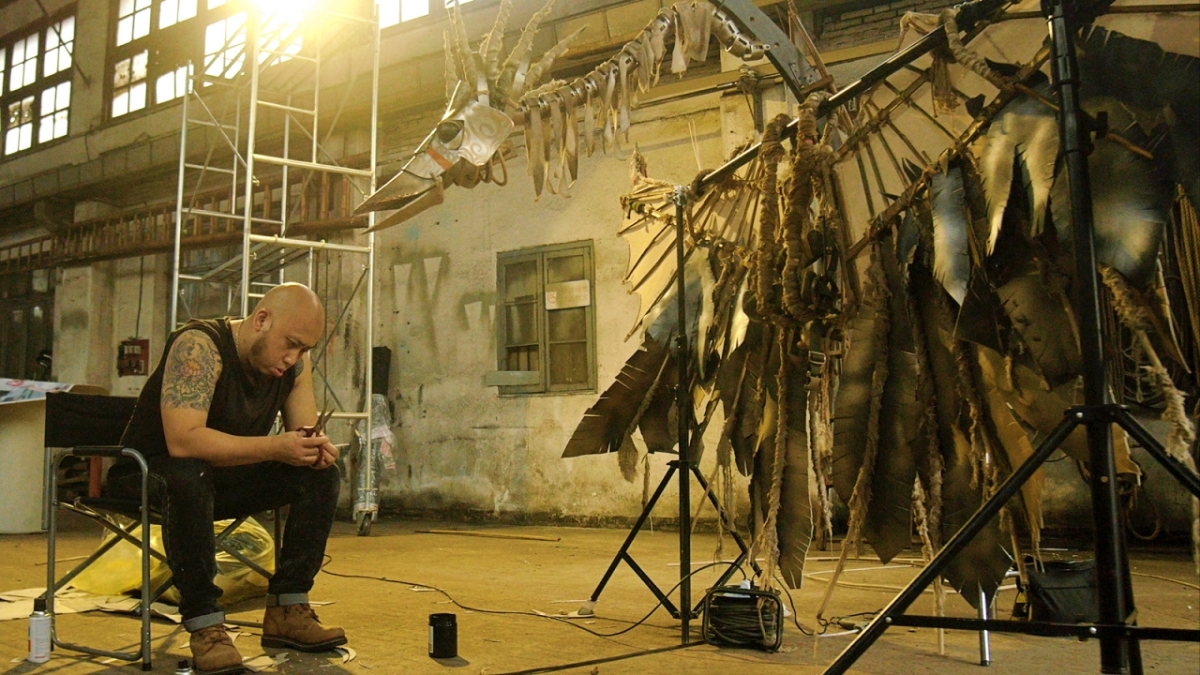 A modest if tender documentary about an Alzheimer’s-stricken father (a retired Peking opera director) and his son (a multimedia artist) who try to heal through art and the creative process as they witness the ravages of time on their mortal connection.

Cast: –
Plot: When influential Chinese artist Ma Liang realizes that his father Ma Ke, an accomplished Peking Opera director, is suffering from Alzheimer’s disease, he invites his father to collaborate on his most ambitious project to date before time runs out and memories are lost forever.
Awards: Won Best Cinematography – Documentary (Tribeca)
International Sales: Cats & Docs

Premiered at the Tribeca Film Festival, Our Time Machine will interest audiences who are into art and the creative process, but it is not just about that—at its heart, the documentary is a tender exploration of the relationship between a father and son as they witness the ravages of time on their mortal connection.

The father, Ma Ke, a highly-respected Peking opera director, battles the onset of Alzheimer’s, while his son, Ma Liang (or Maleonn), a prolific multimedia artist, attempts to create a theatre piece (for the first time in his life) to memorialise their father-and-son relationship.

Centering on a time machine as a plot device and employing human-sized puppets to play themselves, Maleonn’s sci-fi project is ambitious, visually-inventive and personal, drawing up memories of their collective past.

There is nothing particularly extraordinary about Our Time Machine—it is a modest documentary about how art can potentially connect and heal two blood-related human beings.

Without really going very deep into personal experiences per se, Our Time Machine instead documents the creative process, at times shared by both father and son, where reflective musings as they talk about art and Maleonn’s present work reveal not just the close kinship that they share, but the need to accept that their dear memories will soon be a thing of the past, relegated to a one-way street with no turning back.