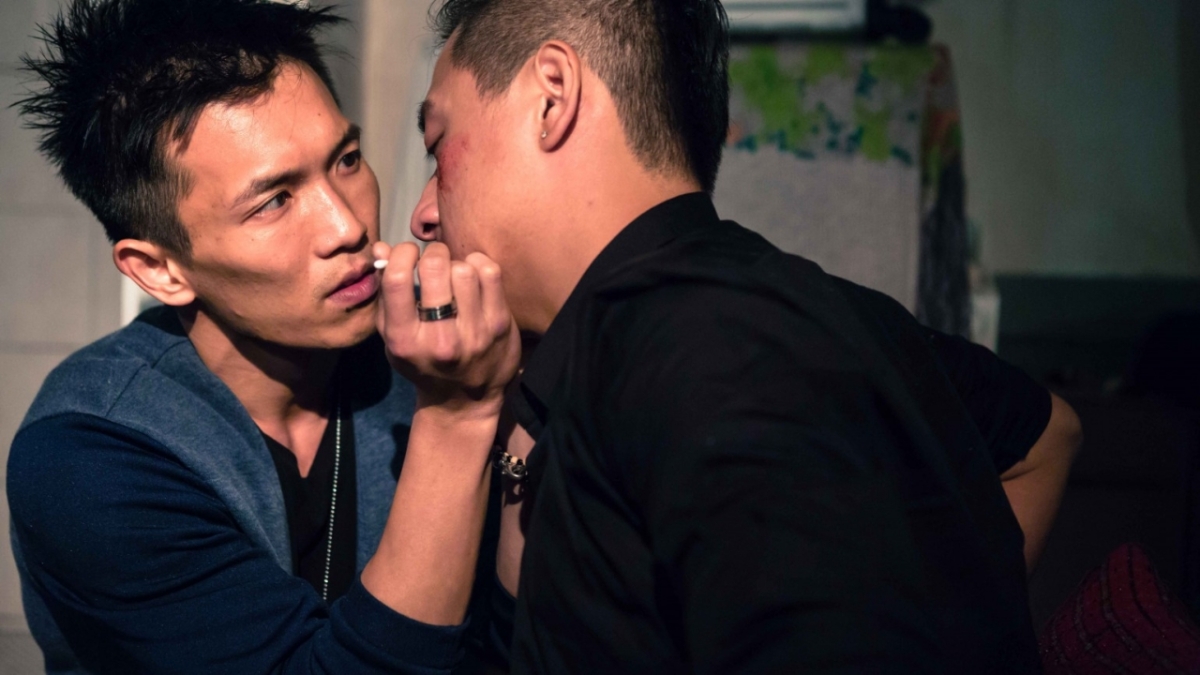 A layered, non-linear Taiwanese LGBT drama centering on the outsiders of society—their lives, struggles, and tragedies.

Cast: Lee Hong-Chi, Cheng Jen-Shuo, Huang Shang-Ho, Lu Hsueh-Feng
Plot: The camera follows closely on the heels of two brothers – one gay, the other straight. Both are looking for a job in order to survive. But both are also looking for themselves and long to find a foothold in life.
Awards: Won Reader Jury of the “Siegessäule” (Berlin)
International Sales: Swallow Wings Films

Said to have missed winning the Golden Horse for Best Picture by only one vote, with the award eventually going to Hou Hsiao-Hsien’s The Assassin (2015), Thanatos, Drunk comes highly-rated from one of contemporary Taiwanese cinema’s most established filmmakers—Chang Tso-Chi.

The film also came at the heels of a shocking revelation, that Chang had raped a woman in 2013.  He was charged with sexual assault in 2014.  As if real life had sort of made its way into the reel world, Thanatos, Drunk is also a sexually-charged drama, centering on the outsiders of society—their lives, struggles, and tragedies.

It is a layered, non-linear film that interweaves the separate lives of three men, who live together in the same space.  Two of them are brothers, Rat (Lee Hong-Chi) and Shanghe (Huang Shang-Ho), who are at odds with each other.

The former, who lives in his brother’s more successful shadow, is a slacker with a fondness for talking to ants.  His brother, who is gay, flaunts his sexuality working as a stripper-dancer in a nearby pub.

Chang tells each of their stories as displaced individuals, who are shunned by society, and for Shanghe and Shuo in particular, only appreciated for their masculine bodies.

Rat, who is so lacking in ambition and social skills, finds some kind of meaning in life when he chances upon a mute prostitute that he tries to save from abusive men.

The trio have trouble trying to come to terms of an existence that confers to societal, even gender, expectations.  This is where Thanatos, Drunk shines—it is such a fragmented work that it is a joy to see Chang (who also edited the film) connect the disparate pieces together for us.

This mirrors the drunken stupor of some of the characters, particularly Rat and his aged mother (Lu Hsueh-Feng in a Golden Horse-winning performance).

It’s a bleak movie that captures the destructive impulses of life, yet the big picture also expresses an intertwining sense of fate.  While paths are set, some irreversibly, one can feel a vigourous pulsation emanating from the film’s eclectic visual style, one that suggests that life can be a heartbeat away from beauty and redemption—or brutality and madness.