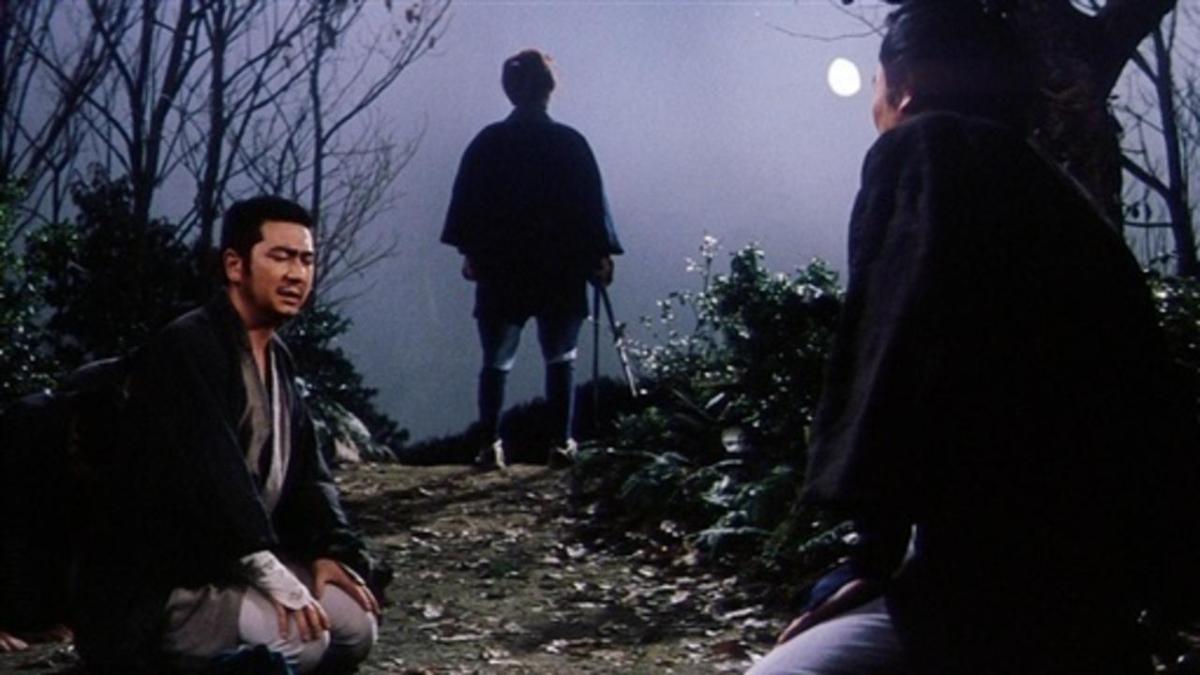 Not that the ‘Zatoichi’ series needed another change in director at that point in time as the films thus far still maintained some kind of respectable consistency, but this sixth installment sees a fifth director at the helm, and from the looks of it, the decision by Daiei was a good one.

Kazuo Ikehiro, who would go on to direct two more ‘Zatoichi’ movies, including this film’s direct follow-up, Zatoichi’s Flashing Sword (1964), takes a typical mystery of a stolen chest of gold and fashions the series’ wildest entry so far.

The story is simple, though there is a fair amount of plotting involved, but essentially, Zatoichi and the Chest of Gold sees the blind swordsman become the center of attention once again as he is caught in a case of tax money gone missing that has been pulled from numerous poor and starving villagers to appease the uncompassionate magistrate.

“The fool! Sees the glint of money and throws all caution to the wind. That’s the problem with men who can see.”

Perhaps ‘uncompassionate’ is too slight a word to use here as Ikehiro portrays authority as despicable and cruel.

At this point in the series, this is probably the most violent and bloody installment yet, and part of its brutality comes from the wild, manic energy emanating from the delirious camerawork (by Rashomon’s and Ugetsu’s cinematographer Kazuo Miyagawa no less) and frenetic editing.

The obligatory duel that concludes Chest of Gold roughs up Zatoichi more than what he might have expected.