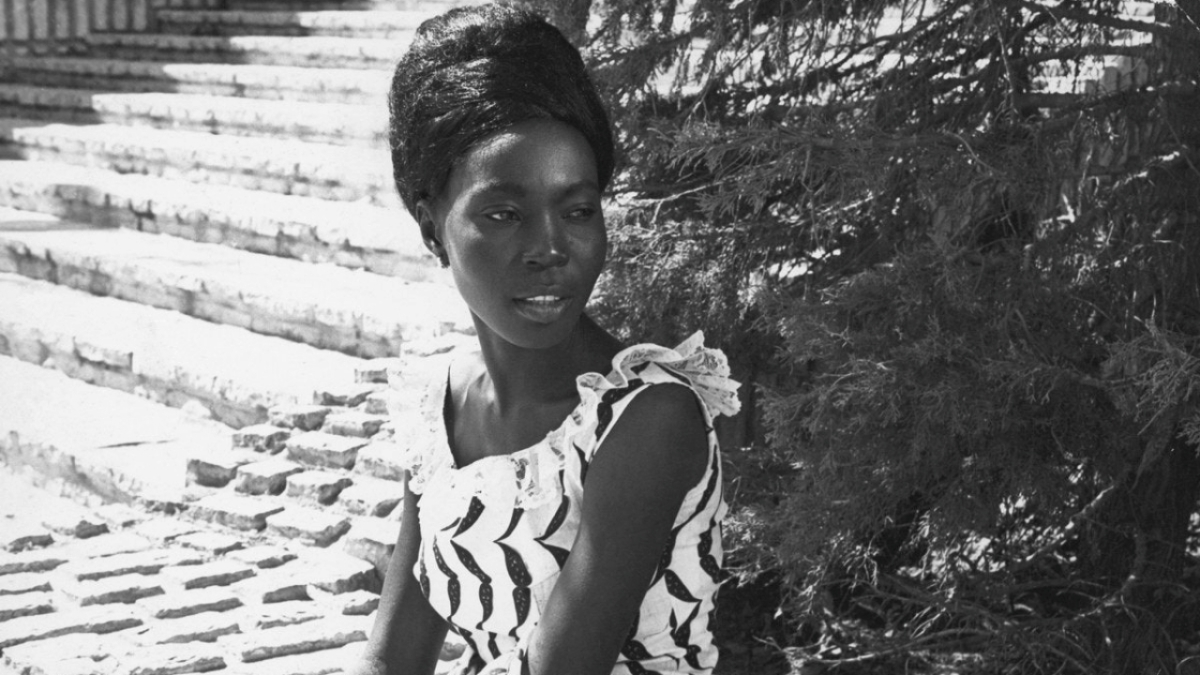 Sembene the trailblazer led African cinema to international recognition with this landmark classic about the despair of a black Senegalese woman made to work for a white French family.

Editor’s Note: Black Girl can be viewed at NTU CCA Singapore from 5 – 10 May 2020 and is part of “Third Way / After Bandung” which is the accompanying film programme for their current exhibition “Non-Aligned” http://ntu.ccasingapore.org/events/film-programme-third-way-after-bandung/

Black Girl, running at only 59 minutes for a feature film, packs a lot in its slim duration. There’s so much to appreciate about this landmark classic, made by the legendary Ousmane Sembene, who is regarded by most critics to be the father of African cinema.

With a career spanning more than 40 years, and winning awards for such works as Xala (1975), Camp de Thiaroye (1988) and Moolaade (2004), Sembene was truly a trailblazer in leading African cinema to international recognition, paving the way for such filmmakers as Djibril Diop Mambety (Touki Bouki, 1973) and Souleymane Cisse (Yeelen, 1987) to flourish.

A story about Diouana, a black Senegalese woman who finds a job in France as a housemaid, Black Girl tells the tale with economic efficiency and heartbreaking despair.

In contrast to her freedom as an independent black woman in her home country, she is frustrated with being confined to a small apartment of a white French family, dealing with the drudgery of housework with disdain.

Day after day, tensions boil as the lady of the house mistreats or verbally abuses Diouana.  While Sembene could have resorted to making a claustrophobic film set entirely in the apartment, he liberates Diouana—and us—through the well-worn technique that is the flashback (as she recalls how she got the job).

This gives us a chance to see Senegal, in contrast to France, a comparison that couldn’t have been more obvious as a commentary on the state of societies.  While France is stifling like a mechanical city of dolls, Senegal is natural and communal.

But it is in the context of post-colonialism (Black Girl was made six years after Senegal gained independence from France) that Sembene’s film operates most incisively—it is best seen as a cautionary tale on the lingering impact of colonialism, a stain that would probably never go away, much like Lady Macbeth and her bloody hands.

The best part is that Sembene doesn’t just show that his people are haunted by the spectre of colonialism—the whites get it as well, if only temporarily.

I had the privilege of seeing Black Girl on the big screen in a 4K digital restoration, together with Sembene’s outstanding first short, Borom sarret (1963), a 20-minute piece that is equally heartbreaking, about a wagoner who toils the streets of Dakar hoping to earn a living, but gets taken advantage of by those who cross his path.

These two films capture with remarkable authenticity the human condition when one suffers at the expense of the other.  Seeing them more than 50 years later, they feel like a capsule of a specific moment in time when the world seemed to be at the precipice of confronting the inevitability of modernity.