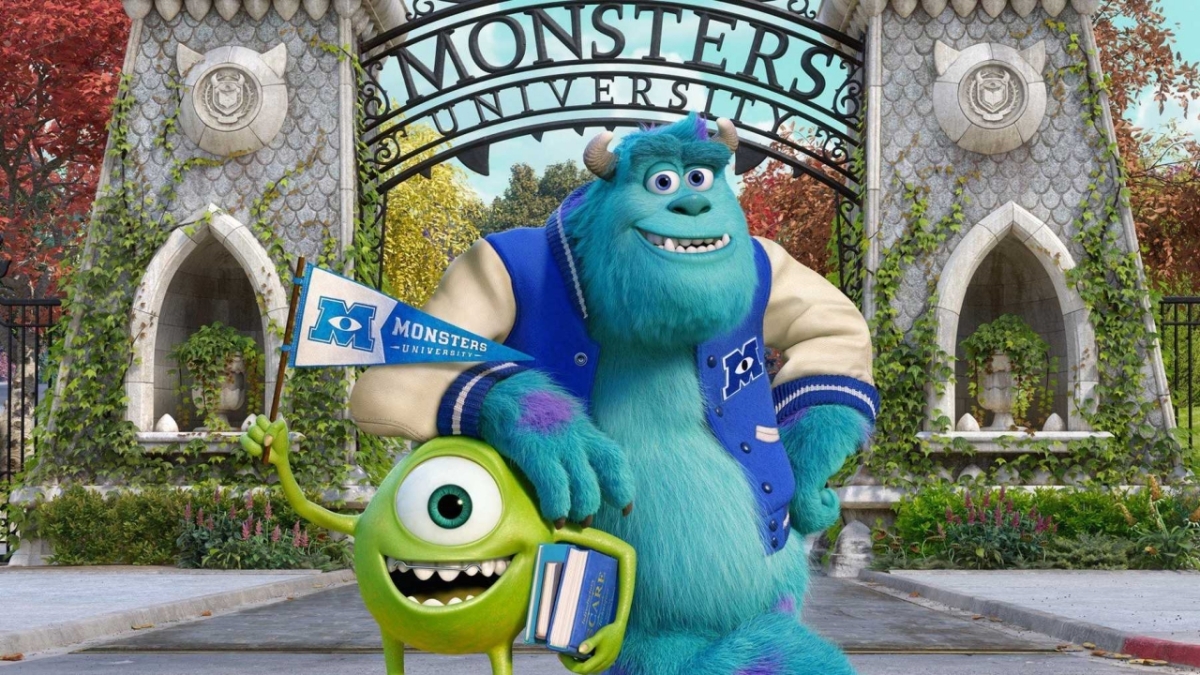 Not a Mike & Sulley star vehicle, but it comes close to capturing the magic of Pixar’s most fun-ness of endeavours.

This is how university life feels like, monsters world or not.  Pixar’s latest, the sequel to the hit Monsters, Inc. (2001), hits the bullseye in its colourful portrayal of the first semester: meeting new freshmen, cramming for exams, and just behaving wildly (or awkwardly).

Director Dan Scanlon delivers a promising debut feature, and like Lee Unkrich for Toy Story 3 (2010), he should be well-positioned to helm more Pixar projects in the future.

Mike and Sulley return as much younger selves as they meet as sworn rivals on campus, go through a host of trials and tribulations called the ‘Scare Games’, before becoming true buddies that we now come to associate with.

Monsters University charters their growth, often in humorous ways, and introduces us to a host of new characters too oddball to not to like them. That is also the movie’s flaw, if I may be nitpicky, though it is nowhere close to being fatal.

There are too many sub-characters designed for humour, which outshines the emotional pull of the film, making Monsters University a fun experience, but not necessarily a particularly poignant one.

In contrast, Monsters, Inc. and some of Pixar’s most memorable works such as Finding Nemo (2003) and Wall-E (2008) balance so effectively the delicate dynamics of comedy and drama.

“I’ve been waiting for this my whole life!  I’m gonna be a scarer!”

Here, the buddy genre doesn’t pay off as handsomely, though this is limited by the nature of the film’s plotting.  Simply put, Monsters University is not a Mike & Sulley star vehicle, but a caravan leading to that star vehicle.

The lack of an endearing human character like Boo, the toddler girl in Monsters, Inc., also makes the Mike-Sulley relationship too one-directional.  There is no opposing force that tries to pull them apart… well apart from their natural feistiness and arrogance.

Depth-wise, Monsters University is in the lower league of Pixar’s efforts such as Cars (2006), and yes, Cars 2 (2011), but its fun-ness quotient can be sky-high, particularly so if you are a freshman yourself and can relate to the craziness of college life.

Young children, however, might just be disinterested in the whole idea of a university campus adventure.  A few might get inspired though.

Monsters University espouses certain positive human (or monster) values such as being true to oneself, teamwork and believing in others.  Like Mike Wazowski, we should strive to be fearless and optimistic.

Even as an adorable, little green ball that you will be desperate to pick up and hug (as you will see in the prologue sequence), Mike embodies that spirit… wholeheartedly.