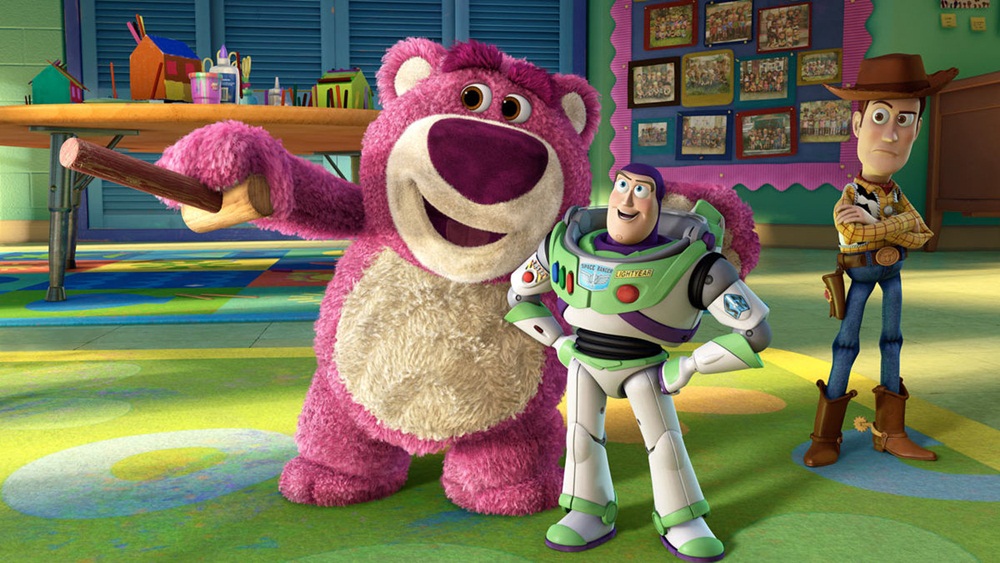 One of the finest movies of 2010, Pixar continues the ‘Toy Story’ franchise with brilliant form.

At the end of my review of Toy Story 2 (1999), I challenged Pixar to “convince us (with Toy Story 3)…that we have been frozen in carbonite all these years, that we haven’t really aged at all.” I am extremely delighted to say that Pixar has done it again.

Director Lee Unkrich takes rein and flies the Pixar flag with confidence and conviction. The co-director of Toy Story 2, Monsters, Inc. (2001) and Finding Nemo (2003), Unkrich finally proves that he has what it takes to be fully in charge of a Pixar picture.

Toy Story 3, I would guess, is the last installment of a very remarkable trilogy, which in modern cinema, is perhaps only bettered by Peter Jackson’s action-fantasy epic The Lord of the Rings (2001-2003).

Its success also breaks the ‘curse of the third film’ that has plagued popular series such as Spiderman, The Matrix, Pirates of the Caribbean, and maybe even Shrek. Pixar’s eleventh straight box-office hit, Toy Story 3 is the epitome of consistency, not only for the famed animation studio, but for animation cinema as well.

If there is a minor blip, Toy Story 3 is the least original in the series. Visually, it is arguably the most creative. But plot-wise, it copies the structure of its direct prequel.

An action-packed prologue in which the toy character(s) live out their (or their owner’s) fantasy? Check. Meeting of new toys in which one of them appears to be kind but is actually wicked? Check. A flashback sequence that details the fate of a toy? Check. Indiana Jonesque action and adventure in another great escape? Check.

Nevertheless, it is still very entertaining to see Woody and co. pick up from where they left off eleven years ago. They have not lost any character trait, nor our love for them diminished over the years.

The story goes like this: Andy is all grown up and going to college soon. The toys fear that they will become unwanted and unloved. They are then accidentally donated to a day-care center, to their delight of course, where children could play with them. Their enjoyment turns into horror when they realize that at night, the center becomes a prison controlled by a gang of ‘veteran toys’.

Toy Story 3 is less funny (dialogue-wise), has less film references, but hits the jackpot with great character interplay, of which the most memorable ones include that of Buzz and Jessie, and Barbie and Ken, most of them of a romantic nature.

Many of the action set-pieces are thrilling (and sometimes frightening) including one involving a garbage incinerator in which the fear of death brings a collective sense of identity that has never been exhibited to such a heart-wrenching extent in a Pixar film.

Unkrich leaves the very best for the last. The final act is touching, with enough emotional resonance to warm even the coldest heart. The younger viewers in which the film is targeted at may not be old enough to appreciate the nuances.

But adults who tag along with them, and children who grew up with Toy Story (many of whom are now slightly older than Andy) will find tears in their eyes as they recollect memories of childhood that now look like a distant afterthought. Suffice to say, Toy Story 3 is a definite shoo-in for one of the top ten films of 2010.