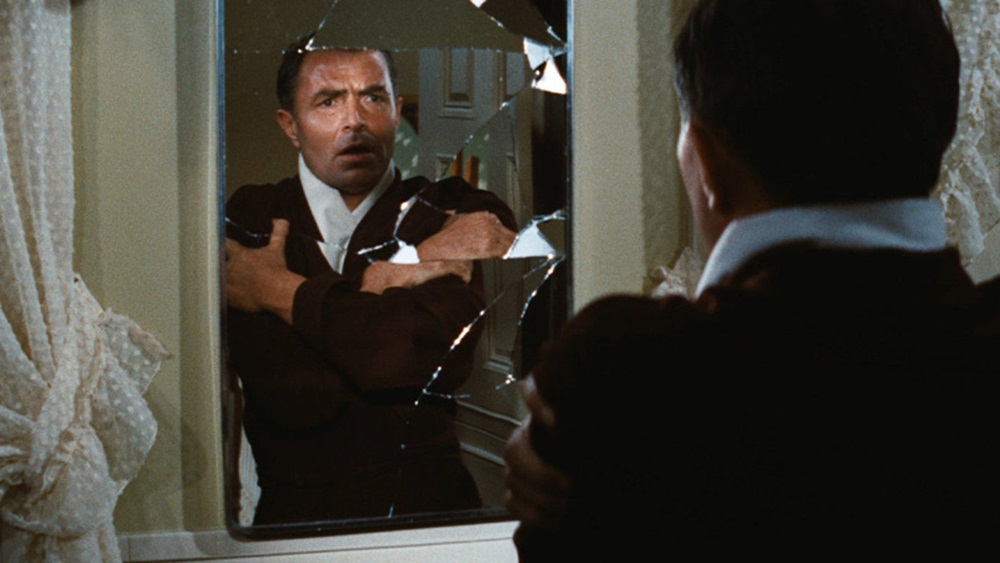 At times operating like a domestic ‘horror’ film about the disintegration of a nuclear family, this controlled and daring drama sees Nicholas Ray and actor James Mason in great form.

This is my first introduction to Nicholas Ray, and I’m suitably impressed by how formally controlled this film is.

A work that brings in social issues of the time (the mid-1950s), some much more explicit like how the addiction to a drug, in this case, cortisone, might wreak domestic havoc, or extreme ideological thinking that is at odds with the mainstream that could be read as an allusion to communism.

It can be a dark and disturbing film, though on the surface it feels like any other top-tier Hollywood movie about suburbia with its carefully-staged scenarios, storytelling clarity and vivid characterisations of day-to-day middle-class family life.

In this context, Bigger Than Life was quite the curious oddity to have been released by a major studio (20th Century Fox); the fact that its box-office and critical reception were tepid was probably not surprising to anyone.

Time, however, has been kind to Ray’s film.  Now regarded as an essential work by a filmmaker who had firm admirers from the ragtag of French New Wave auteurs like Godard, Truffaut and Rohmer, Bigger Than Life was also a starring vehicle for British actor James Mason (who also served as producer here).

“Childhood is a congenital disease – and the purpose of education is to cure it. We’re breeding a race of moral midgets.”

Mason, best known for his work in A Star Is Born (1954) playing opposite Judy Garland, and a supporting role in Hitchcock’s North by Northwest (1959), as well as for such films as 20,000 Leagues Under the Sea (1954) and Kubrick’s Lolita (1962), delivers one of his finest performances as Ed Avery, an underpaid schoolteacher who inexplicably suffers from a potentially fatal muscle affliction that causes intense pain.

He is prescribed a drug (as mentioned above) that he must take for life, but the side effects caused by over-dosage begin to transform a kind and friendly man to a monster husband and father.

Ray sets up the proceedings with an early counterpoint, with his use of carnival-esque music suggesting an uneasy foreshadowing.  Some of the best work in terms of lighting and shadow for a Hollywood movie reside in this film, where Ray plays with low-key lighting, chiaroscuro effects and menacing shadows with great artistry.  Barbara Rush, who plays Ed’s wife, also delivers an affective performance.

Very much a dissection of what makes a nuclear family strong (or weak), not to mention its allegorical take on ‘outside’ influences that threaten to destroy the, so-called, tranquillity and assuredness of Americana, Bigger Than Life is an excellent work on suburban terror lurking within the safe confines of mundane domesticity.