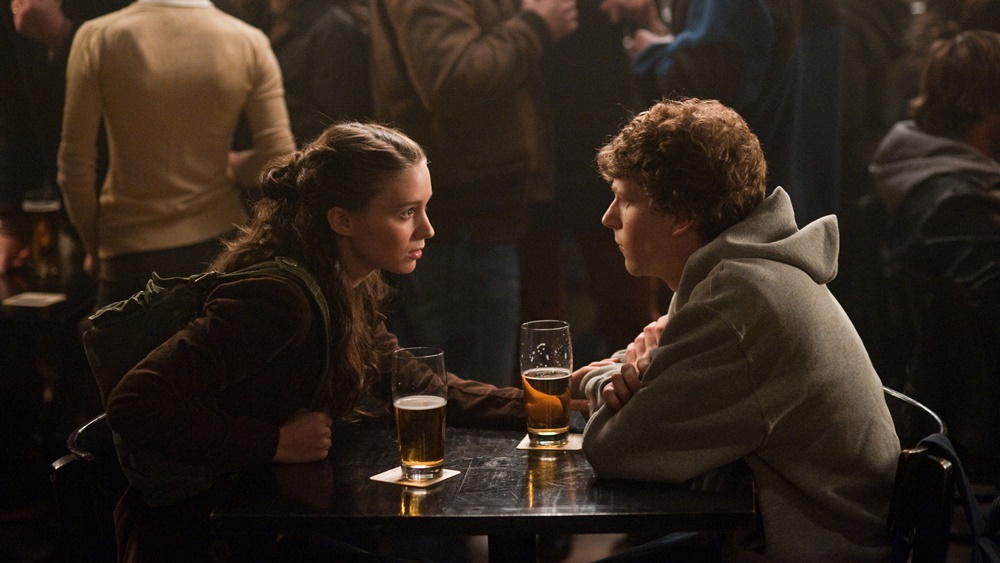 Not just a high watermark in Fincher’s career, this film captures the zeitgeist of 21st century communications.

The most brilliant thing about The Social Network is not its screenplay or editing (which are impressive enough to warrant a separate mention later) but its response to the question “how does one make a film about Facebook?” Is there any material as un-filmable and unexciting as a story about the founder of the popular social networking site?

Golden Globe-nominated writer Aaron Sorkin and acclaimed director David Fincher team up to deliver one of the best pictures of the year, a solid biopic entry that has a reasonable chance of being nominated for a few major awards during Oscar season.

Mark Zuckerberg is his name, if you haven’t known already. He is played by Jesse Eisenberg, who together with the excellent ensemble cast of Rooney Mara, Justin Timberlake, and Armie Hammer, gives a performance that is not only quick-witted, but scathingly razor-sharp as well.

The story follows the Harvard undergraduate as he gets rejected by his girlfriend. That spurs him to create Facemash, a controversial site that compares and rates the ‘hotness’ of two randomly chosen female students.

After this episode, he gets the idea for ‘Facebook’ through meetings with collaborators, and starts his site on his own together with the help of financier and co-founder Eduardo Saverin (Andrew Garfield).

What transforms The Social Network’s seemingly dull premise about a socially-awkward geek with a laptop into something exciting is Sorkin’s extraordinary screenplay.

Nearly every minute of the film contains crossfire dialogue that are uttered with such great pace that it makes Ellen Page in Juno (2007) look like she is conversing like an old granny.

Sorkin intelligently brings in ideas of social interactionism, or the lack of, in our modern technological age. He portrays with scenarios the current generation of ‘plug-ins’ and ‘refreshers’, people whose focus and frame of mind is solely devoted to communicating online, and downplaying what goes on offline.

In the final scene, Zuckerberg continuously refreshes the page showing his ex-girlfriend Erica’s Facebook profile after adding her in the hope that she would accept him.

The film ends before we could know any answer, and that is essentially what Sorkin is trying to comment on – 21st century communication disregards or tends to ignore the emotional message that goes along with the actual message, resulting in the devaluation of interpersonal communication through mediated means.

The Social Network is made up of two narrative threads: (1) the legal tussle between Zuckerberg and Saverin over the rights to ownership of Facebook and the resulting compensation; and (2), the chronological flashback of the two friends and their development of Facebook during the early years.

Editors Kirk Baxter and Angus Wall remarkably bring these two threads together via the skillful act of quick cutting and cross-cutting, and this to the sound of a very expertly assembled array of songs that make up the film’s soundtrack.

The best sequence of the film, in my opinion, goes to the competitive canoeing sequence, which is edited to the electronic version of ‘In the Hall of the Mountain King’, famously whistled by the villain from Fritz Lang’s M (1931).

The Social Network is an exceptional take on the traditional and often overused premise involving the theme of friendship and betrayal. At its core, it is a humanist film that explores the relations of people as they are faced with rejection, injustice, theft (in the intellectual property sense), and jealousy.

The Zuckerberg as brought to the screen by Fincher and Sorkin, while inaccurately portrayed, is a fascinating character who epitomizes the ‘plugged-in’ generation. A generation whose reality is reflected here in the most ironic of interfaces – through the screen that allows us to see this must-watch zeitgeist film.