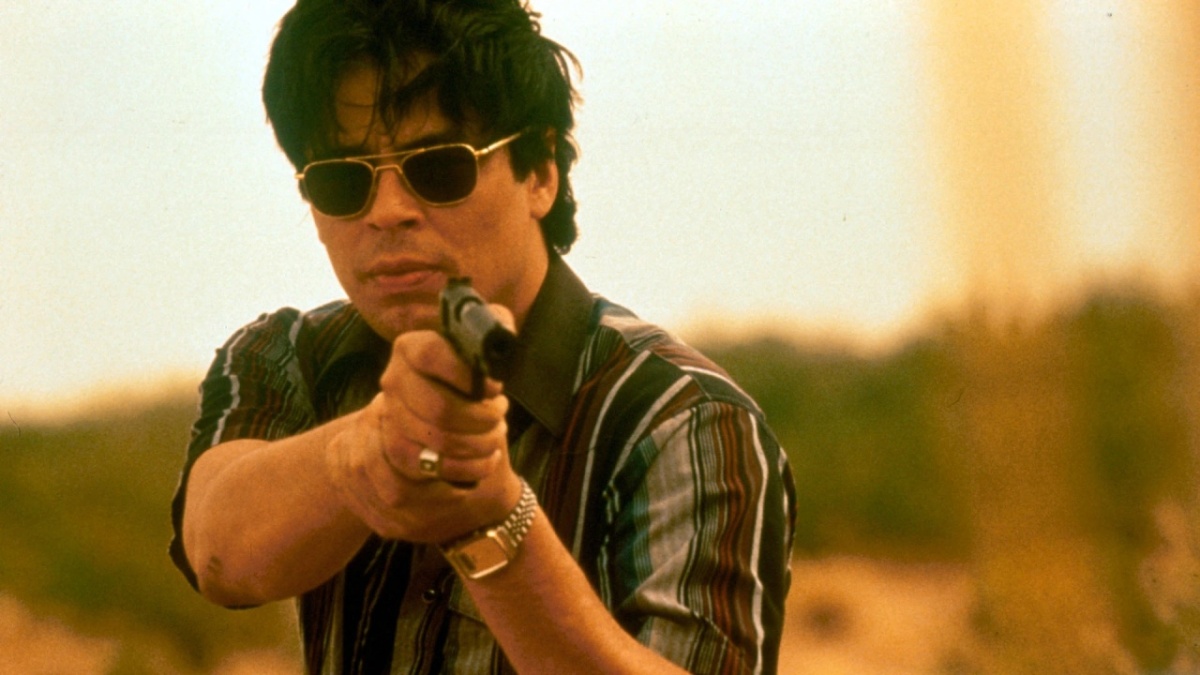 Soderbergh is at his commanding best in this powerful and unsettling film that captures the essence of the U.S-Mexico drug trade as it is, and without the need to moralise.

2000 was a great year for Steven Soderbergh, who made two Oscar-winning films in Erin Brockovich and Traffic, the latter landing him his first Academy Award for Best Director.

Traffic missed out on the Best Picture award, which went to Ridley Scott’s Gladiator (2000), but managed to pocket four statuettes in total, including a Best Supporting Actor win for Benicio Del Toro.

Considering that Traffic is an independent film of sorts, it is a remarkable achievement. Soderbergh’s work is deservedly acclaimed, and it remains to be one of the American auteur’s most potent efforts.

Together with Alejandro Inarritu’s Amores Perros (2000), Traffic also made popular the trend of dramas weaving separate storylines into each other, forming an intricate web where characters, often strangers to each other, interact by chance.

In Traffic, this interaction is not as pronounced or life-changing as observed in, for instance, Inarritu’s 21 Grams (2003) or Babel (2006), because for Soderbergh, his interest is to depict the far-reaching effects of an issue that has plagued the U.S. for decades – drug trafficking, or more specifically, cocaine trafficking.

The ‘main’ storyline follows a judge Robert Wakefield (played by Michael Douglas), appointed by the U.S government to work towards stopping the devastation that drugs bring upon Americans, especially the young.  In an ironic twist of fate, Robert discovers that his daughter is addicted to cocaine, straining their family dynamics.

The two other storylines include a high-flying wife whose husband is arrested for his involvement in a drug smuggling business, and a Mexican cop (Del Toro) who finds it tough to impose law in his corrupt city.

“Treatment of addiction? Addicts treat themselves. They overdose and then there’s one less to worry about.”

From the film’s first moments, it is fairly obvious that Soderbergh intends to achieve a visual look through the use of colour that would help viewers identify the different settings.

Saturated yellow is used to depict the harsh and hot Mexican desert-scape, while a cool blue tint envelopes Robert’s world of cold politics.  A natural colour tone is used for the rest of the film.

As it may be confusing to follow the film because of its rapid change of setting, Soderbergh’s use of colour is spot-on, and also adds considerably to the overall aesthetic of the film.

I would like to give special mention to Douglas, whom I feel gives the best performance here. I thought his portrayal of a man torn apart by the escalating war on drugs, both on the ‘battlefield’ and at home lends a strong emotional touch that provides Traffic with a measure of human warmth in a mostly hard-hitting film.

While gritty and violent, Traffic also gives us a glimpse of the fragility of the human condition.  It works as an anti-drug film, and despite it not being as visceral and explicit as, say, Darren Aronofsky’s Requiem for a Dream (2000), it is still a timely (and painful) reminder of the detrimental effect of drug use.

The futility of fighting the war on drugs is laid bare here because of corruption, inadequate laws, and the sheer profitability of the industry. Traffic is Soderbergh at his commanding best, a film that is both powerful and unsettling, capturing the essence of the U.S-Mexico drug trade as it is, and without the need to moralise.