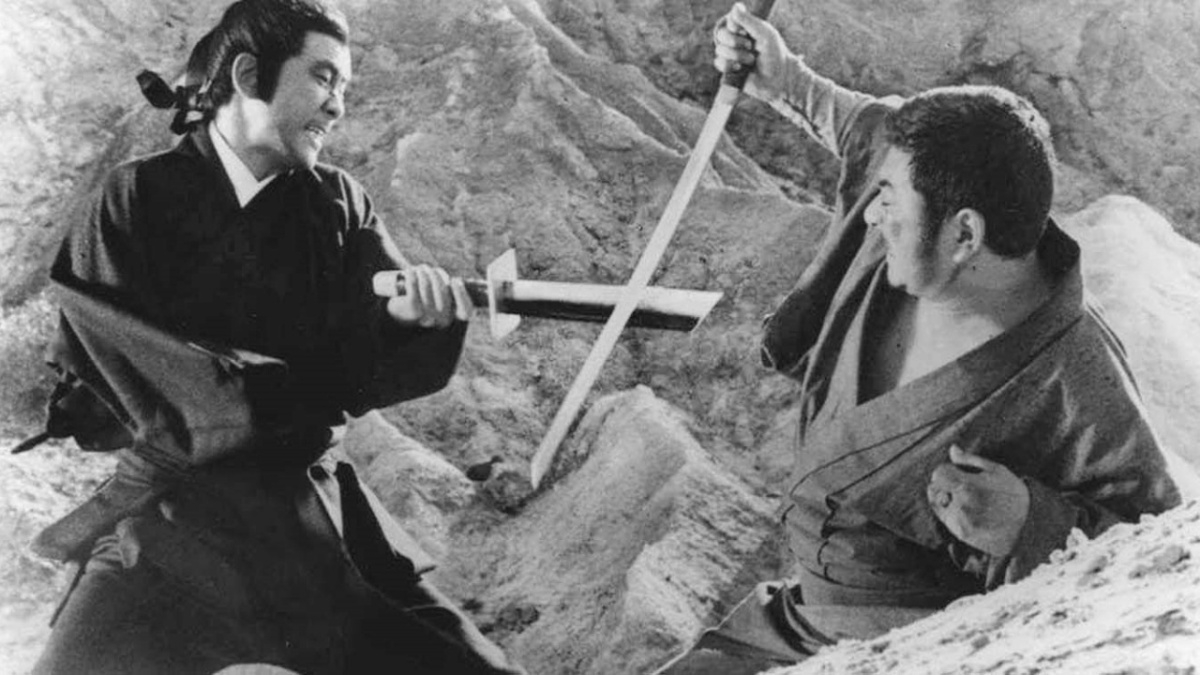 An interesting, and at times, comical crossover between two cultural action icons, this is a generally satisfying if predictable entry.

Cast: Shintaro Katsu, Jimmy Wang Yu, Watako Hamaki, Michie Terada, Tôru Abe
Plot: Zatoichi finds out that something troubling is taking place on the outskirts of town. After discovering who the guilty parties are – an accomplished Chinese martial artist and his youthful attendant – Zatoichi finds them and discovers that the pair’s mixed up with a dangerous bunch of terrorist samurai who murdered the boy’s parents.
Awards: –
Source: Daiei

Crossovers in popular cinema are so prevalent today that we might feel somewhat numb or nonchalant about them.  As such, I wonder how it might have felt like when a movie like Zatoichi Meets the One-Armed Swordsman was released back in the early ‘70s.

For one, this wasn’t the first crossover in the ‘Zatoichi’ series—that distinction goes to 1970’s Zatoichi Meets Yojimbo, with the iconic Toshiro Mifune playing opposite Shintaro Katsu.

Here, Katsu plays opposite Jimmy Wang Yu, who for a time in the mid-‘60s till the end of the ‘70s, was one of the most popular stars in Chinese action cinema.

Here the Chinese actor plays Wang Kang, a fugitive on the run after interfering to save the life of a boy who unintentionally disrupts what looks like a religious procession.

“I don’t understand what you are saying.”

Zatoichi crosses paths with the boy and Wang Kang, and for much of their early interactions, Kimiyoshi Yasuda (his 5th outing as a ‘Zatoichi’ director) milks laughs out of their inability to communicate with each other.

This episode is interesting inasmuch as it feels strange hearing Mandarin spoken in a Japanese film.  Wang Kang gets to flex some of his wuxia-style martial arts skills in a number of action scenes, while Zatoichi has to contend with navigating the dirty politics that has caused his name to be besmirched.

The plotting is not as straightforward as some of the other slighter entries, but it remains fairly predictable, one that builds to a satisfying showdown that everyone wants to see.  Apparently, three different endings were shot for various theatrical versions that were released in different territories.