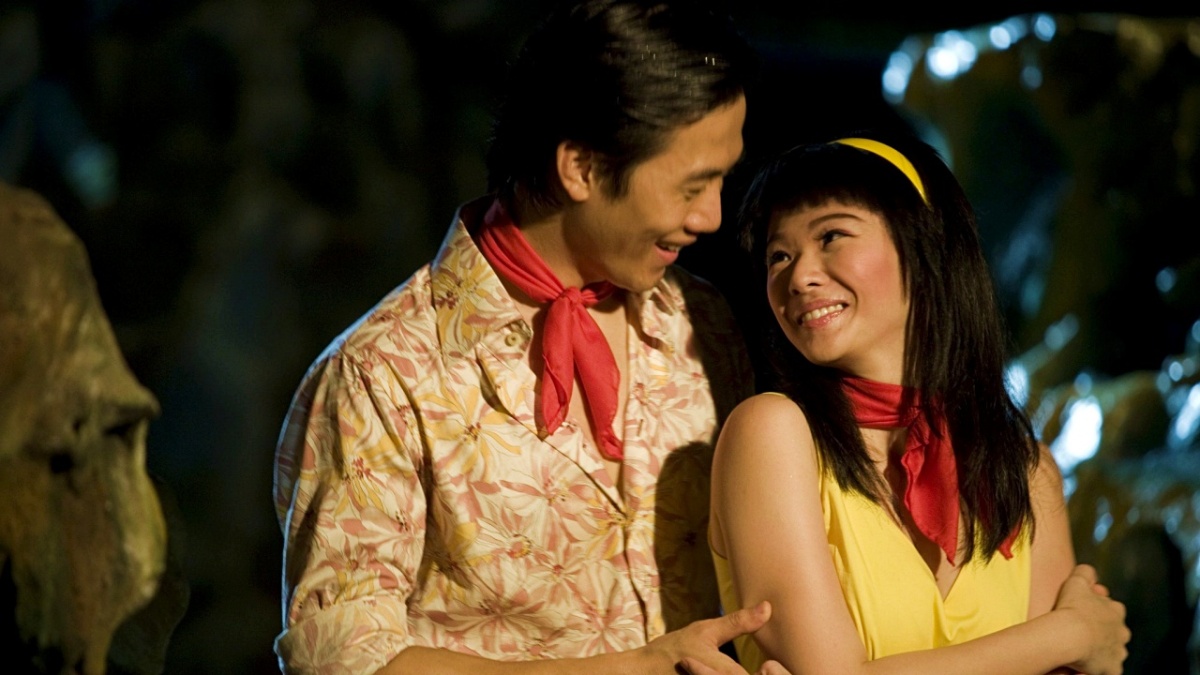 This companion piece to ‘881’ is the lesser of the two – craft-wise it is pretty good, but characterisations are much less convincing here.

Cast:  Liu Ling Ling, Mindee Ong, Qi Yuwu
Plot: The film tells the story of a singer and the heartless men in her life who use and abuse her.
Awards: Nom. for Original Film Score (Golden Horse)
Source: Mediacorp Raintree Pictures

12 Lotus is Royston Tan’s companion piece to his successful box-office hit, 881 (2007).  Many mistake 12 Lotus to be the direct sequel to 881.  Though both are musical dramas and have getai elements in them, they are two very different pictures.

While 881 explored themes of rivalry, suffering, and family bonding, 12 Lotus ventures more into psychological territory, exploring themes of loneliness, love, and regret.  Ironically, despite the seeming thematic depth of 12 Lotus, it is in my opinion the lesser of the two films.

12 Lotus brings back familiar faces such as Mindee Ong, Liu Ling Ling, and Qi Yuwu.  Their individual performances have matured, but collectively, they lack the vibrancy and freshness that made 881 such a colourful film.

While the production design is top-notch, and the camerawork fluid, the songs in 12 Lotus are not as catchy as that of 881, though the title song is excellent enough to move viewers to the brink of tears.

The main flaw of 12 Lotus, however, is the character development of its lead role. It starts with a young Lian Hua who grows up to become a singer.

She then finds love at the expense of regret and loneliness, leading a pitiful life as reflected from the solemn theme song.  The three stages of Lian Hua’s life are played out by three different actresses, including Mindee Ong and Liu Ling Ling.

The jarring part occurs during the Mindee Ong-Liu Ling Ling transition.  First, both of them do not even remotely resemble each other – I can see how ten years can transform a person’s physique, but definitely not their faces.

Second, how can someone become so chitty-chatty after years living in isolation?  Lastly, why hasn’t Qi Yuwu’s character aged as well?  But these are just my gripes – if you can overcome them, this film might work for you.