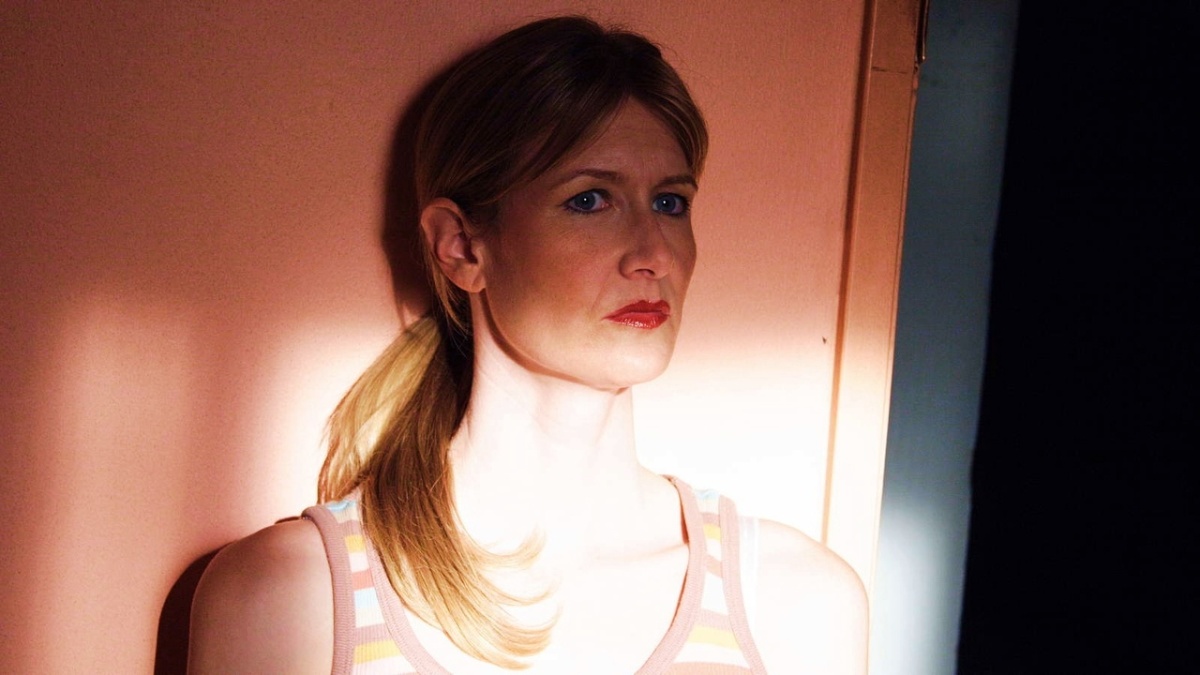 Spectral, hallucinatory images abound as Lynch boldly and abstractly experiments with digital video in what could be his most nightmarish and impenetrable odyssey into the dark recesses of the mind since 1977’s Eraserhead.

Cast: Laura Dern, Jeremy Irons, Justin Theroux
Plot: An actress’s imagination begins to run amok within her reality when she begins to adopt the persona of a character she is playing. Things become nightmarish when she realises the original film production was abandoned after the two leads were murdered.
Awards: Future Film Festival Digital Award (Venice)
Source: Tamasa/Studiocanal

It’s already 2021 and we still don’t see any signs of David Lynch considering to return to feature filmmaking, so we have to be content with his last feature, Inland Empire, released 15 years ago.

Receiving less than stellar reviews when it was first released (at least when compared to the likes of Blue Velvet (1986) or Mulholland Drive (2001)), there has been a reappraisal for Inland Empire over the years.

Looking at it now, the film feels like a lost relic from the early digital era of the 2000s.  If you could muster the stamina to last all of its three nightmarish hours, Inland Empire could be an intensely rewarding experience, an odyssey into the dark recesses of the mind that only Lynch could have conceived.

In fact, not since 1977’s Eraserhead, Lynch’s breakthrough debut feature, have we come across the auteur operating in as experimental and abstract a mode as this.

Laura Dern (in a stunning performance) stars as an actress who takes up a film role that causes her to lose all sense of reality, as real and reel conflate.

“I’m not too keen on thinkin’ about tomorrow. And today’s slipping by.”

Apart from the film’s relentlessly frightening sound design (always a strong facet of Lynch’s works), Inland Empire’s most distinctive feature is the liberal use of unusually tight close-ups as the director (who also serves as the film’s cinematographer) employs—or more accurately, embeds—the digital video camera into the very fabric of the world(s) he is creating.

As such, whenever see Dern’s—or anyone else’s—face filling up the screen, and in a lower-resolution, grungy aesthetic with digital noise, what we are really seeing are spectral, haunted faces—the ghosts that continue to exert their hallucinatory qualities.

As I said, viewing Inland Empire is like uncovering a lost relic, no different ontologically to how we might experience, say, The Blair Witch Project (1999).

But what makes it entirely different from ‘found footage’-type movies, however, is Lynch’s commitment to expressing multiple layers of reality as recurring spaces become mental traps for Dern’s character.

You might ultimately find Inland Empire to be impenetrable as a narrative, but if you are willing to surrender yourself to it, this could be one of Lynch’s most singularly rewarding experiences.