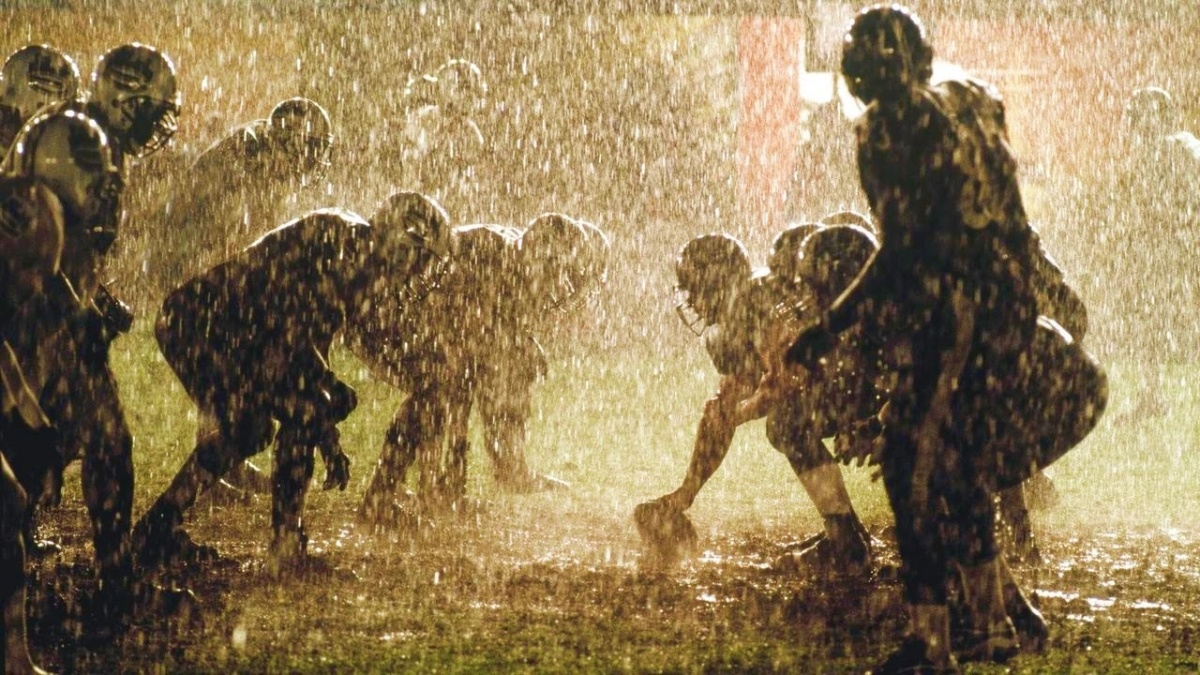 Perhaps too unfairly dissed, this is electrifying filmmaking by Stone as he captures the excessive machismo of sport—in this case, American football—with flashy editing and an energetic ensemble cast that includes strong turns by Al Pacino and Jamie Foxx.

Perhaps too unfairly dismissed by critics, Any Given Sunday is probably the last great film from Oliver Stone before he became far too inconsistent in the next two decades.

Long, but not long-winded, Any Given Sunday is a tremendously engaging look at American football, a sport that I’ve absolutely no knowledge of, nor do I really care about.

But while Stone doesn’t explain to us how the sport works such as how points are earned or how players are rotated, etc., the film does show us how much football means to American society and culture.

Here he ruthlessly employs flashy editing to capture the excessive machismo of sport, which is a key theme among others such as the economics of sport (greed, as we are aware, is always a real kick in the ass) and the legacies of sporting teams and heroes.

“Either we heal now as a team, or we will die as individuals.”

Any Given Sunday is loud and electrifying from the get-go, with Stone stringing an ensemble cast that includes the likes of Al Pacino, Jamie Foxx, Cameron Diaz and Denis Quaid.

Pacino and Foxx are magnetic here, playing the head coach and rookie quarterback of the fictional Miami Sharks respectively—both are instrumental in keeping the film’s wild momentum and rhythm alive.

Although it might appear to be ultimately conventional as far as the familiar underdog narrative trajectory of sports films is concerned, Any Given Sunday does enough, albeit indulgently so, to make it all feel like the blood, sweat and tears are worth it, at least for the characters to revel in.