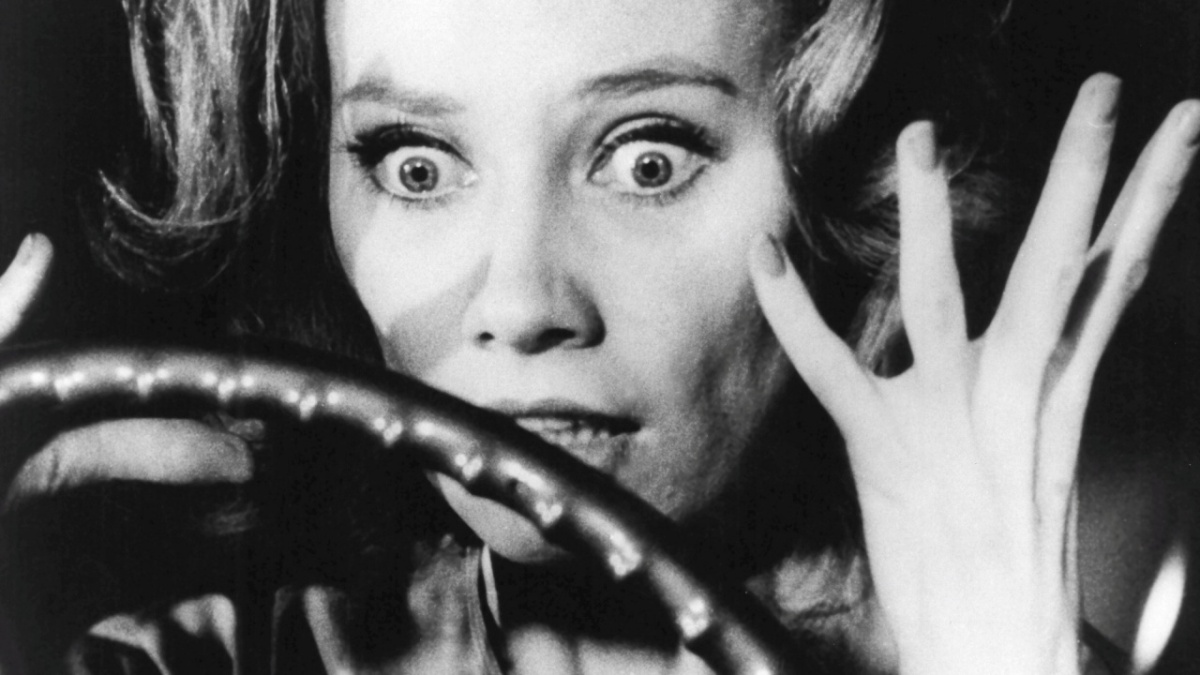 A terrific low-budget atmospheric horror film from the ‘60s that is genuinely frightening, backed by a disquieting organ score.

I’ve heard so much about Carnival of Souls being one of the most frightening horror movies of its time, and having now seen it, it’s really true.  This is despite its low-budget, almost B-grade like production, though that doesn’t imply that it is a shoddy piece of work.

In fact, Carnival of Souls is crisply-shot and complete with creative use of the camera, editing tricks and sound that successfully deliver a disconcerting experience.

Directed by Herk Harvey, who was a prolific filmmaker of shorts but made only one feature, Carnival of Souls sees Candace Hilligoss (in a fantastic performance) play Mary, an accomplished organ player who survives an automobile accident.

“I don’t belong in the world.”

She moves to another town to work in a church as its resident organ player, but that journey is fraught with hallucinations of a scary-ass man who appears to be following her around.  I’ll be honest—the first appearance of that ghostly man’s face made me jumped out of my seat.

While its story is a familiar one—of a woman trying to grasp her reality as her mind plays tricks on her—it is the atmospheric, eerie quality of Carnival of Souls that continues to frighten viewers today, much of which is down to its disquieting organ score, which rarely lets up.

Said to be an influence on George Romero’s Night of the Living Dead (1968) and the works of David Lynch, Carnival of Souls should please horror fans looking for something older and as effective as some of the genre’s most canonical works.  At less than 80 minutes, it is also a brisk affair.