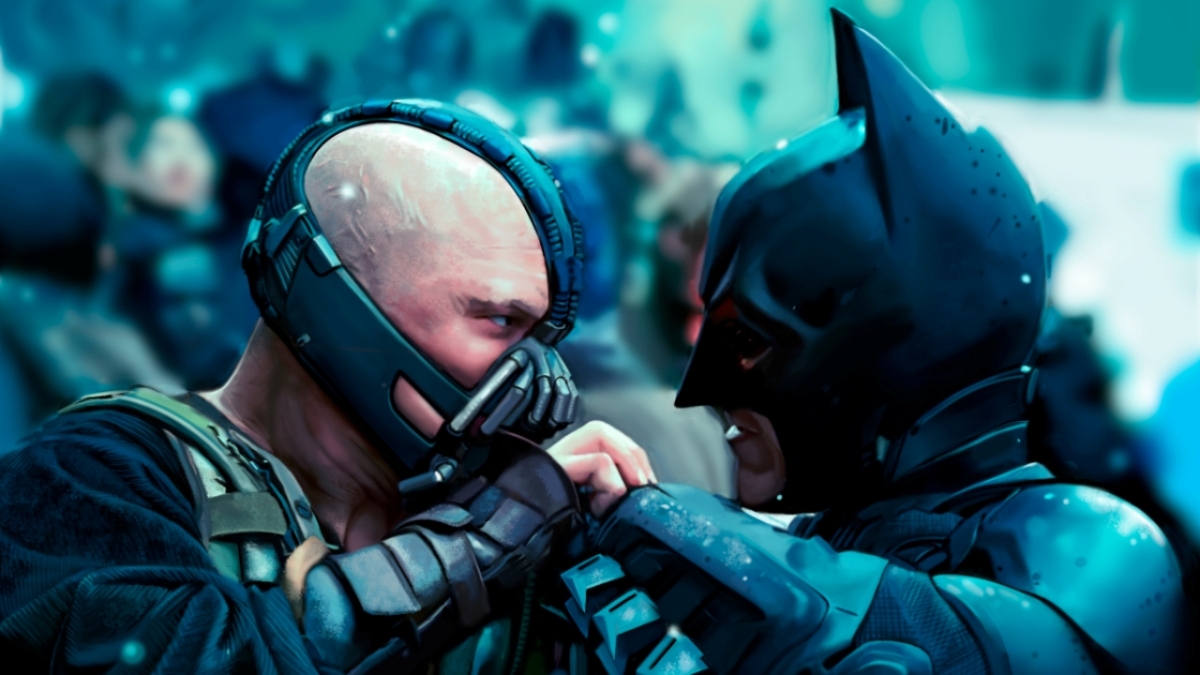 Despite being the ‘weakest’ installment of Nolan’s ‘Batman’ trilogy, you won’t see a more epic and satisfying finale than this.

The most anticipated superhero blockbuster since, well, The Dark Knight (2008), the simply-titled sequel The Dark Knight Rises is one of the year’s most entertaining films.

Writer-director Christopher Nolan, who has so memorably delivered mind-bending, existentialist films like Memento (2000) and Inception (2010), returns to a franchise with as large a fanbase as anyone could imagine.

How can one top The Dark Knight, a crime epic masquerading as a ‘superhero’ movie, with arguably the most chilling portrayal of a villain ever in a modern blockbuster? The answer is irrelevant.

The Dark Knight Rises stands on its own as a cinematic triumph, and when seen from the perspective of Nolan’s trilogy, it is a fitting end, an epic and satisfying finale you will ever see accomplished in a Hollywood blockbuster.

Christian Bale returns as Batman, but it is the reclusive Bruce Wayne who serves up a cocktail of intrigue. It has been eight years since the anarchy that the Joker unleashed on the city of Gotham. His relationships with Alfred (Michael Caine), Commissioner Gordon (Gary Oldman) and Lucius Fox (Morgan Freeman) are tested.

The villain, Bane (Tom Hardy), creates a terrifying new order in Gotham. He is brutal but never sadistic, and he is so darn strong. Batman has never encountered a villain as physically intimidating as Bane.

Still, there are issues with the villain. For one, his voice and weird accent sound too intrusive at times, and especially so in a couple of speeches accompanying major action set-pieces.

“Speak of the devil and he shall appear.”

Second, the half-mask that he wears to alleviate his chronic pain does not help Hardy to emote well, giving us a villain that is much less potent than the Joker.

The Dark Knight Rises cannot be faulted for its action set-pieces. There are only a few, but they are major, and they are huge. The set-pieces build up layer by layer, sequence by sequence, in spectacular fashion. The chase sequences are mostly shot from a low angle, close to the tarmac – a visual trademark of Nolan.

With most of the action sequences shot using IMAX cameras, this is where Nolan takes filmmaking, and that valuable ideal that is simply called the ‘cinematic experience’ to an unprecedented level – its immersiveness. Is IMAX the bold future of cinema? There are extremely strong arguments for it.

The film runs quite close to the three-hour mark, but it remarkably feels like a 90-minute feature. Nolan never lets his film drag. His control of pacing is near brilliant, though I must admit that the film does get clunky at times. It is like driving a huge tanker. Even when you have full control, it is still a damn huge tanker to maneuver.

The screenplay, co-written by his brother Jonathan Nolan, is very, very dense. There is plenty of exposition, loads of dialogue, lots of setting up to do. But we are never put off by its denseness. The Nolans never dumb anything down for the audience; they expect us to play catch-up, to connect the dots.

There are heavy themes to bear, of guilt and pain. Speaking of which, this could be the most emotional film Nolan has ever done, and that is some sort of a breakthrough for the notoriously cryptic director, who normally cares about matters of the brain more than the heart.

The Dark Knight Rises does not reach the heights of the extraordinary The Dark Knight, but it delivers a tour de force final chapter, and an epilogue that is as satisfyingly ambiguous as it gets… like a dream.