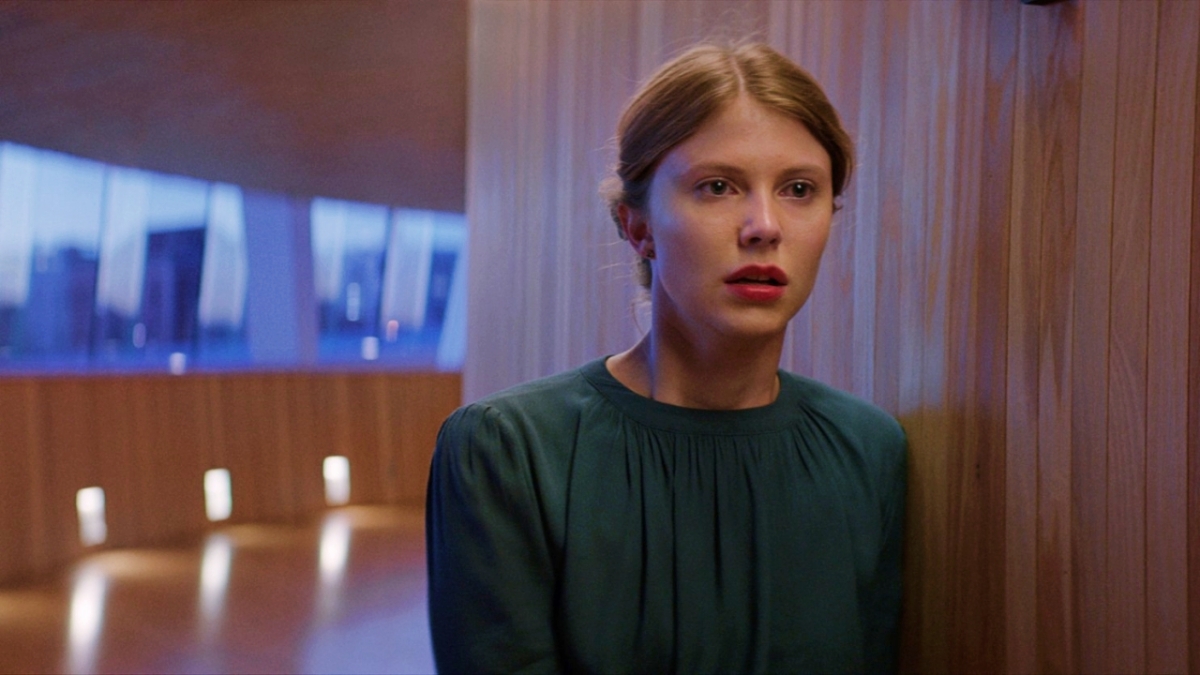 Thelma sees Joachim Trier attempt genre-type filmmaking for the first time, centering on a young woman with hidden telekinetic powers.  There will be some comparisons to Carrie (1976), but Trier’s film has more arthouse DNA than its straightforward narrative would care to suggest.

It is a slow-burn psychological drama that builds enough suspense and draws enough characterisation to make its premise work and the lead character believable, well, for the most part.

Eili Harboe is the titular character, whom we first see on campus grounds via an extreme wide opening shot that zooms slowly towards her, ala The Conversation (1974).

“I feel angry with you, God. Why are you doing this to me? What do you want?”

When she becomes infatuated with a female friend, Anja (Kaya Wilkins), repressed sexual feelings start to creep up, which becomes at odds with her strict religious upbringing.  As Eili tries to make sense of her emotional and psychological states, her hidden telekinetic powers begin to re-emerge, and for the worst.

While it might provide some genre thrills, Trier’s film doesn’t feel bold enough in terms of its narrative, even though the concept underpinning it is intriguing.  Water is a recurring visual motif, be it the swimming pool, the sea, or a frozen lake, with the fear of drowning a constant source of tension.

The best parts of Thelma revolve around Thelma’s attraction to Anja, with Trier showing a nuanced grasp of expressions of affection.  It may be too European to interest mainstream audiences, but those who would give it a try might realise that Thelma could effectively be an ‘X-Men origins’ story.