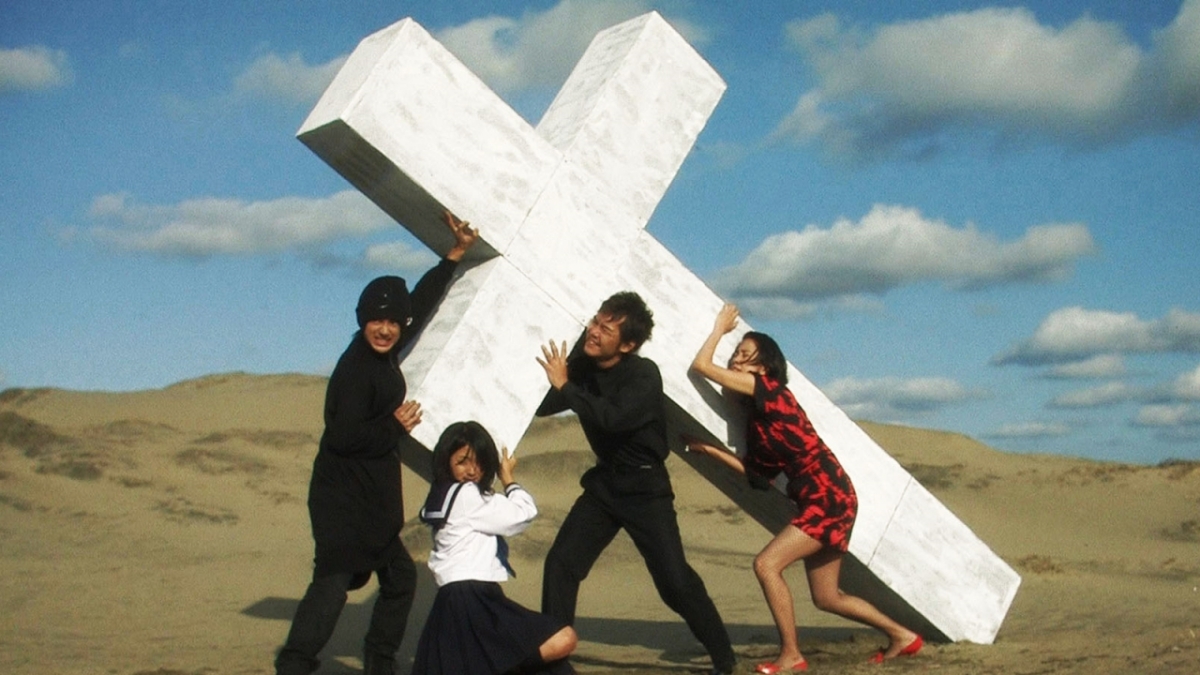 Sion Sono’s deranged teenage romance about the perversities of sex and religion is wildly hilarious, controversial and satirical, and might be the briskest 4 hours you can spend in a movie.

Cast: Takahiro Nishijima, Hikari Mitsushima, Sakura Ando
Plot: Yu has no choice. His father, a Catholic priest, is urging him to confess, but in order to confess he must sin, and the only sin his cynical father recognizes as such is sexual perversion. So Yu becomes the King of Tokyo’s photo voyeurs – until he meets the Maria of his religious fantasies, Yoko.
Awards: Won FIPRESCI Prize & Caligari Film Award; Nom. for Teddy Award (Berlin)
International Sales: Phantom Film Company

I still don’t think Sion Sono needed so much time to say what he had to say, but to his credit, this is one of the briskest 4 hours you can spend on a movie.

Much of its briskness comes from its intricate plotting as we get to know the three central characters that would come to define the entire film with some degree of depth: Yu (Takahiro Nishijima), Yoko (Hikari Mitsushima) and Koike (Sakura Ando).

All strangers, their paths cross in the most unlikely and random of ways, yet in Sono’s world, it feels like these are inevitable cosmic connections. Yu is a skilful Catholic upskirt photographer (yes you read that right), while Yoko is a man-hating lesbian (or not). Koike, the most sinister of the trio, is a powerful member of a dangerous cult masquerading as a church.

Sono’s wildly-hilarious work provides the necessary exposition, and then some, in what is best described as a deranged teenage romance about the perversities of sex and religion.

Confession of sins, in particular, is given a casual satirical edge when in one of Love Exposure’s most eye-opening sequences, master pervert Yu hears and pardons the confessions of other perverts in a ceremony celebrating pornography. Sono’s film speaks of so many taboos that to say that it is controversial is to say that the moon is round.

Love Exposure gathers what is best about Sono’s brand of provocative cinema and gives us an engrossing middle-finger against the morals of decency, all to the tunes of Ravel’s ‘Bolero’ and Beethoven’s ‘Symphony No. 7 in A Major Op. 92, II. Allegretto’.