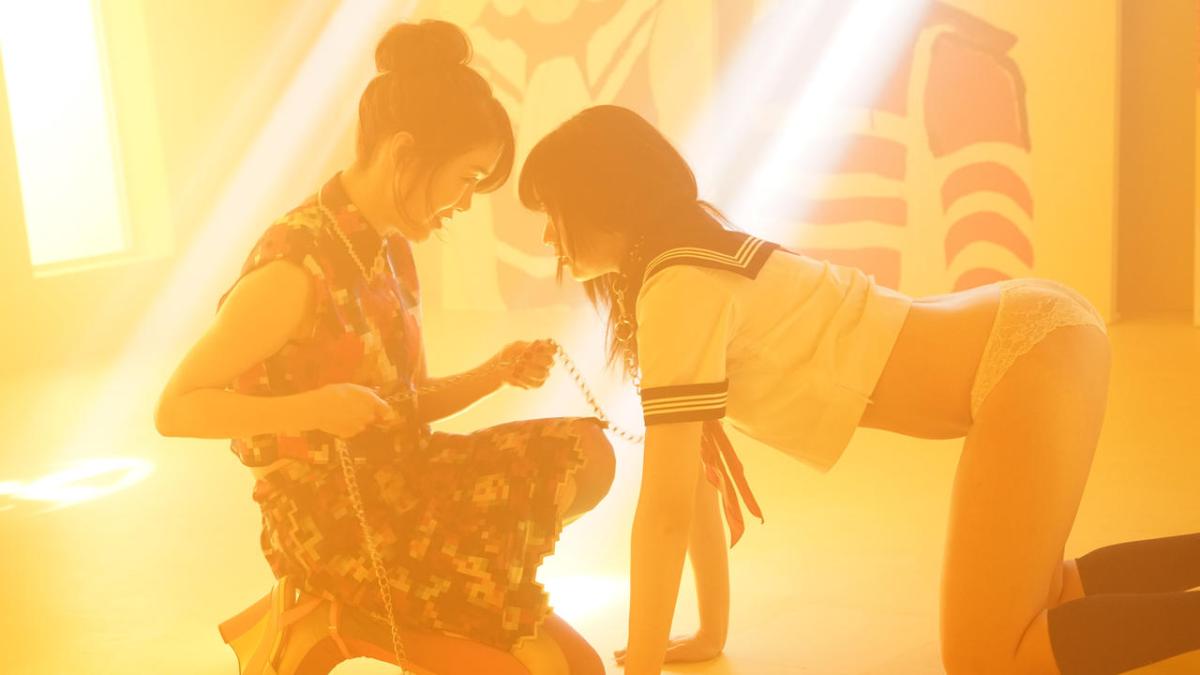 Cast: Ami Tomite, Mariko Tsutsui, Asami
Plot: Kyoko is a 21-year-old artist who loves being at the center of attention. One day, feeling down, she lashes out against her assistant, sexually humiliating her in front of the rest of the staff.
Awards: –
International Sales: Nikkatsu

This review is based on the original, uncut version courtesy of Nikkatsu.

Some of their recent notable efforts include Wet Woman in the Wind (2016), though they also bankrolled Hideo Nakata, the director of Ringu (1998), to make an absolutely meaningless lesbian movie called White Lily.

But Nikkatsu shouldn’t have had to fear the worst when they opted for Sion Sono to conceive a movie for the series.  After all, he is a legitimate enfant terrible of contemporary Japanese cinema, often labelled as a misogynistic director whose themes of sex and violence pervade most of his works such as Love Exposure (2008) and Guilty of Romance (2011).

Antiporno is everything that you would expect from Sono, yet, as its title suggests, he pulls the proverbial rabbit out of the hat, turning everything upside-down and inside-out, delivering for Nikkatsu a film that they never would have foreseen—an ultra-bizarre, pretentiously-feministic meta-film that serves as a cheeky middle finger to not just the studio, but its characters, and the audiences they are ‘performing’ for.

A true rebel of cinema, Sono once again proves that given the right amount of creative freedom, an artist can make any kind of film, even one that benefits no one except to make a point about the nihilistic society that we live in.

In this vein, Antiporno works well as a sharp critique on the (Japanese) soft-core pornography industry, even if it extends further into gender politics, in particular exploring the tension between female captivity and freedom.

Set in a room painted in bright colours with minimalist art direction, this psychedelic, acid trip of a film sees Kyoko (Ami Tomite) working out her schedule for the day with her manager Noriko (Mariko Tsutsui).

Sono’s use of colours, and insertions of truly insane scenes of splashing of paint (that briefly recall that of Guilty of Romance), make this a wild eye-opener.

There are also copious amounts of sex and nudity that while titillating us, also make us ashamed of our own complicit, voyeuristic involvement.  After all, a film only exists when it is seen… even if (feigned) ignorance is bliss.