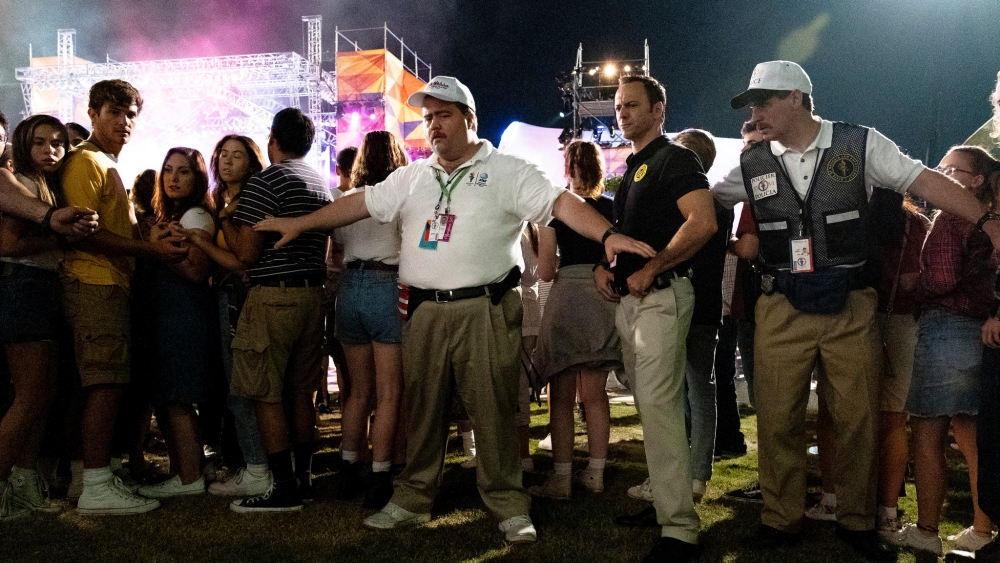 One of Clint Eastwood’s better efforts, this well-performed drama about the 1996 Atlanta bombings is efficiently told with just the right amount of sentiment.

Clint Eastwood is back directing another film based on a true story.  It is his eighth film of the 2010s decade, which is astonishingly prolific for a man who turned 80 ten years ago.

Titled after the eponymous hero who was the central figure in the 1996 Atlanta  bombings during the Summer Olympics, Richard Jewell is an efficiently-told drama with just the right amount of sentiment.

It boasts strong performances by Paul Walter Hauser (he was that hilarious Shawn guy in 2017’s I, Tonya) as Richard, Sam Rockwell as his lawyer, and a superb Kathy Bates as his doting mother, who is likely to be Oscar-nominated for Best Supporting Actress.  She has one of the most emotionally-overwhelming scenes of 2019, which she executes to perfection.

“There’s a bomb in Centennial Park. You have thirty minutes.”

Much of Eastwood’s film centers on the unwarranted FBI investigation and national media frenzy over Richard’s alleged nefarious involvement in the bombing, when in fact he was a security guard who put duty before self and saved lives in the process.

As the film explores themes of mistrust and injustice, it does somehow spill over to how we might acknowledge the ridiculous witch-hunts and abuses of power that plague our modern, interconnected society.

Eastwood has never been thought of as a ‘cinematic’ filmmaker by any measure, but one can still marvel at his economical filmmaking style and the clarity that comes with it.  Richard Jewell doesn’t go very deep, but it is a decent and unassuming take on an interesting episode of American history.