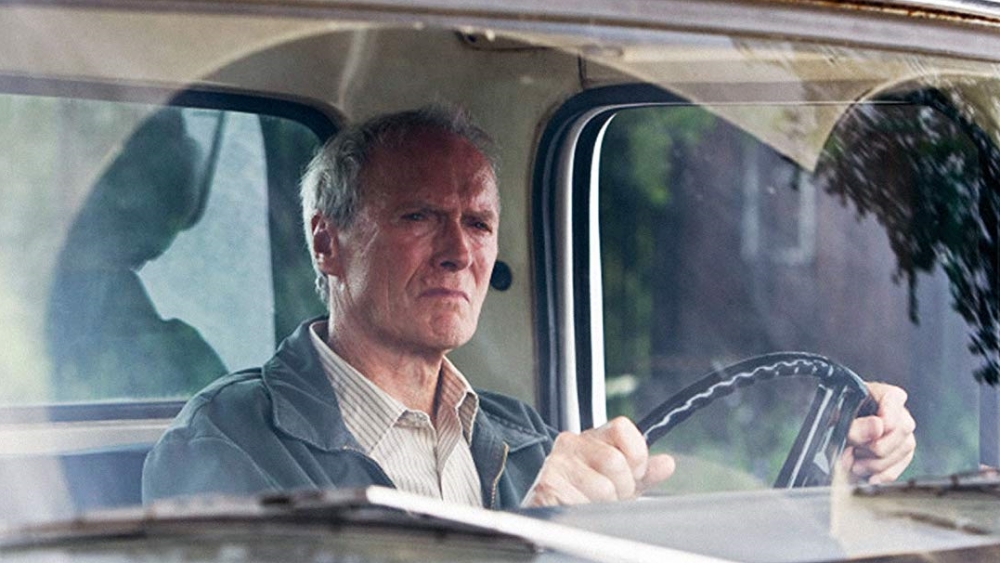 It may not be one of Eastwood’s most complex films, but it is a decent piece on seeking a purpose in life and being open to differences.

Gran Torino is Eastwood’s biggest box-office hit to date, and yes, he directed, produced and starred in it. The film is an observation of the social woes that plague a small-town neighborhood in an American suburb.

Eastwood plays Walt Kowalski, a disgruntled Korean War veteran who lives alone following the passing of his wife. He owns a home with a small lawn that he maintains daily; drinks cans of beer on his front porch, and spends most of his time with his old pet dog.

One day, his shy Hmonk neighbor, Thao, tries to steal his 1972 Gran Torino under peer pressure from a gang, marking the inauspicious beginning of Walt versus the Gang. That is just a sideshow though.

Walt’s main aim is to reform Thao, imparting to him life skills and lessons in a bid to change him from a nobody whom bullies love to pick on into a brave, street-smart individual with a goal in life.

The character of Walt Kowalski brings back memories of Eastwood’s ‘Dirty Harry’ persona of the ’70s and ’80s in a self-parodying way that results in more laughs than tears.

“I’ll blow a hole in your face then go inside and sleep like a baby.”

The supporting cast is effective, especially Ahney Her (who plays Thao’s sister, Sue) who is a real find here. She brings a convincing depth to Sue who opens up the heart of Walt where others found it impossible.

There is a gratifying scene in Gran Torino that shows this: Sue brings Walt over to her home for a feast and celebration with her family and relatives. The interracial camaraderie that occurs proves that there is no barrier to race and language as long one’s heart is open and one’s capacity to accept differences is large.

Gran Torino has its fair share of gang violence and the use of profanity is startling at times. But it is a true reflection of the situation that we have all come to know as social and moral decay. Eastwood’s over-elaborate performance is excellent, though it does not rank as one of his best because it is more stereotypical than original.

Unlike Changeling or the Oscar-winning Million Dollar Baby (2004), Gran Torino lacks powerful heart-tugging moments that are the hallmarks of an Eastwood picture. It has fantastic dialogue and character interplay though.