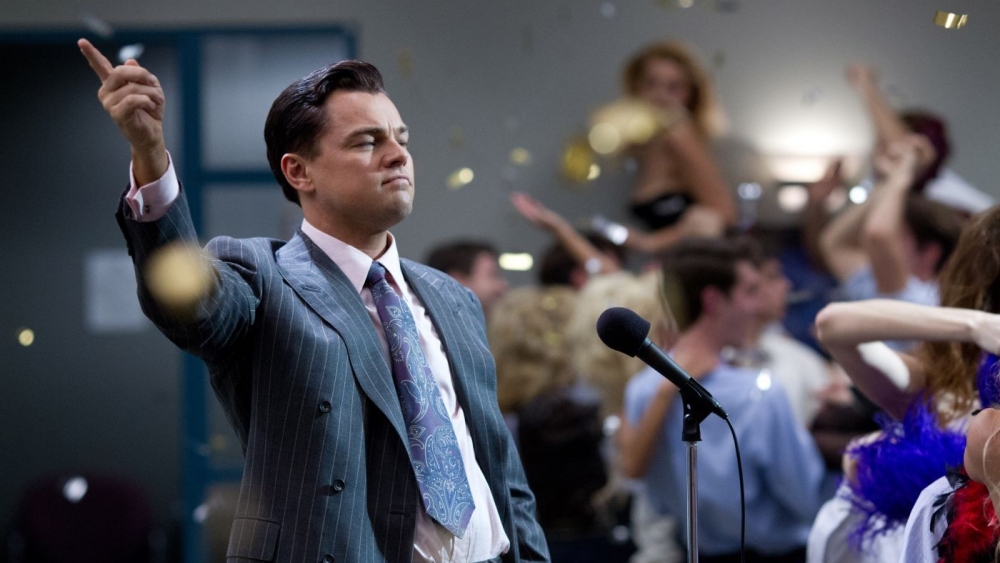 Scorsese redefines himself for the modern age with this intense, energetic and debaucherous crime-comedy that sees Leonardo DiCaprio giving possibly his greatest performance to date.

It was really intense.  There was so much energy and insanity.  Three hours felt like two, and when I woke up the next morning, I remembered so vividly what transpired the night before.

I was convinced I was with Jordan Belfort, and I must say that watching The Wolf of Wall Street was some of the best time I had spent in a theater in recent memory.

Belfort is the man of the moment, played by Leonardo DiCaprio in what could possibly be his greatest performance to date.  Anything less than an Oscar nomination for him will be a travesty.

This is a performance that is demanding and challenging not only because of its debaucherous subject matter, but that it also requires an exact sense of comic timing, both verbally and physically.

The Wolf of Wall Street is a crime-comedy.  You are expected to laugh at the craziness of it all, which for most parts, actually happened to Belfort, whose rise as a wealthy and manipulative stockbroker and fall as a white-collar criminal with sex and drug addictions, are loosely depicted in this dazzling extravaganza of everything that is illegal and beyond R-rated.

The screenplay by Terence Winter is a blast, but it is Martin Scorsese’s direction that brings everything together seamlessly.  Thematically, The Wolf of Wall Street is like the more flamboyant and liberal cousin of Scorsese’s earlier masterpieces Goodfellas (1990) and Casino (1995), though it may not necessarily be as organically brilliant.

“Was all this legal? Absolutely not!”

Scorsese’s latest is formulaic in the best sense of the word, but it is also a slight departure to the ballsy and vulgar crime biopics that he has been known for the longest of time – it is way more excessive in a bid to capture the lifestyle of Belfort in the most detestable way.

Yet it is fun to watch, and I dare say, to vicariously experience that kind of lifestyle from a safe place like the cinema hall. Some have strongly objected to the picture’s glamourization and glorification of crime and decadence.

But I think this is the magic of cinema.  You experience it.  You gain insights.  You reflect.  You also think:  Would you really want to lead that kind of life?

The Wolf of Wall Street is provocative and absorbing.  It is also outlandishly hilarious.  Scorsese has delivered one of the 2013’s most sinfully entertaining films and remains a master at what he does.  He doesn’t reinvent himself, but at least he has redefined himself for the modern age.

The film will outlive the controversy surrounding it because it is a stern warning to all about the perils of greed and immorality.   In time we will approve and applaud, not so much of the film, but of the risk and courage both Scorsese and DiCaprio have taken in this passion project of theirs that at one time did not see the light of day.