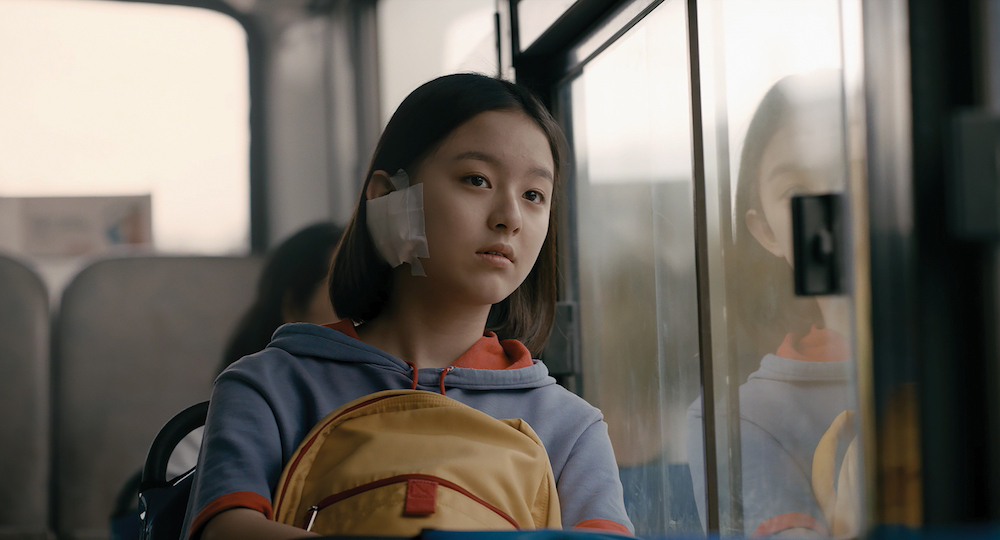 A perceptive and delicately-drawn first feature with an outstanding central performance that feels but earns its length.

I think it’s fair to say that even though it is only her first feature, House of Hummingbird is already an excellent showcase of Bora Kim’s talent as a perceptive filmmaker.  In a delicately-drawn drama about a teenage girl, Eun-hee (Park Ji-hu in an outstanding central performance), the film traces her encounters both in school and at home deeply from her point-of-view.

She helps her occasionally angsty working-class parents to make ends meet selling rice cakes over the weekend, but what she is more interested in is what lies beyond in life.  Her interactions with a ruminative Chinese cram school teacher give her a taste of adult wisdom and mentorship, while her fleeting boy-(and)-girl relationships see her immerse in the lovey-dovey thoughts of potential romance.

Set in Seoul in 1994, Kim’s film is also about the tragic Seongsu bridge collapse, though that comes rather late in the game.  And even so, it remains a hopeful picture.  Although the film does work on the viewer’s emotions, one could sense that Kim is also rightly opting for restraint and subtlety.

House of Hummingbird does feel its length with its unhurried pace and intricate plotting, though it is difficult to begrudge it for not earning its length.  It is a solidly-mounted drama, and perhaps the best parts are when the occasional use of ambient music gently makes us ‘feel’ what Eun-hee is thinking—she may be a quiet chap, but these revealing aural moments are as clear as twinkles in the night sky.