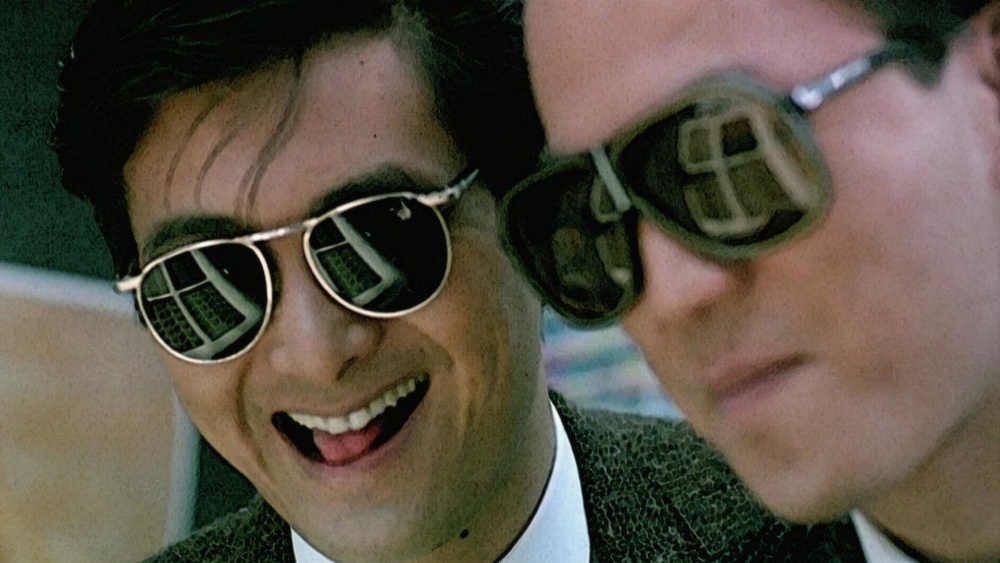 You really can’t get any more ‘Hong Kong classic’ than this masterful actioner by John Woo. 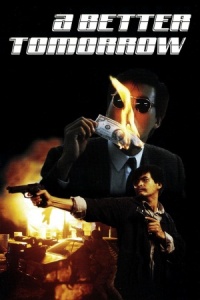 A Better Tomorrow has eluded me for the longest time. So what better way to see it for the first time than in digitally restored 4K, and in Cantonese no less. I would like to convey my heartfelt thanks to the Asian Film Archive for the opportunity.

Directed by John Woo, one of Hong Kong cinema’s stalwarts, the film stars Chow Yun-Fat, Leslie Cheung and Ti Lung, in what feels like a cheesy if outrageously violent comedy (as seen through the lens of the 21st century), but in actual fact, it is a terrific actioner that has been elevated to the highest echelons of Chinese cinema since its fruitful release back in 1986.

A story about two brothers—one (Ti) on a treacherous path as a counterfeiting criminal but longing to ‘get out’ and seek redemption, the other (Cheung) an uncompromising cop who has no qualms putting law over family, and whose career is continually blighted by his brother’s vice activities—A Better Tomorrow also brings in Chow’s character to make up the brotherhood triangle, functioning as both comic relief and vicious hitman.

Woo’s incisive development of these three characters, backed by fine performances, and integrating them into the larger narrative of good versus evil, virtuosity versus corruptibility, loyalty versus betrayal, has largely inspired much of HK action cinema to follow suit over the years.

“Mark, this is not our world anymore.”

Spawning the ‘Heroic Bloodshed’ subgenre and making violence acceptable—or more accurately, tolerable—to the mainstream, A Better Tomorrow sees Woo coming into his own and finding a voice as an astute action craftsman. He would later make such brilliant action films as The Killer (1989) and Hard Boiled (1992).

I think it’s fair to say that without A Better Tomorrow, HK cinema would probably have suffered the same fate as Taiwanese cinema in the ’90s—struggling to find an identity, a supportive home audience and sustainability.

The birth of a new star in Chow and a talented director in Woo through the success of A Better Tomorrow shows that no matter the genre, when the time is right and ripe, audiences will set the path for growth and progress.

Action cinema has long been trivialized as insubstantial and inconsequential, but when you have Woo in his A-game, action becomes choreographed art, and violence becomes a ballet of carnage. To our good fortune, he would get even better.