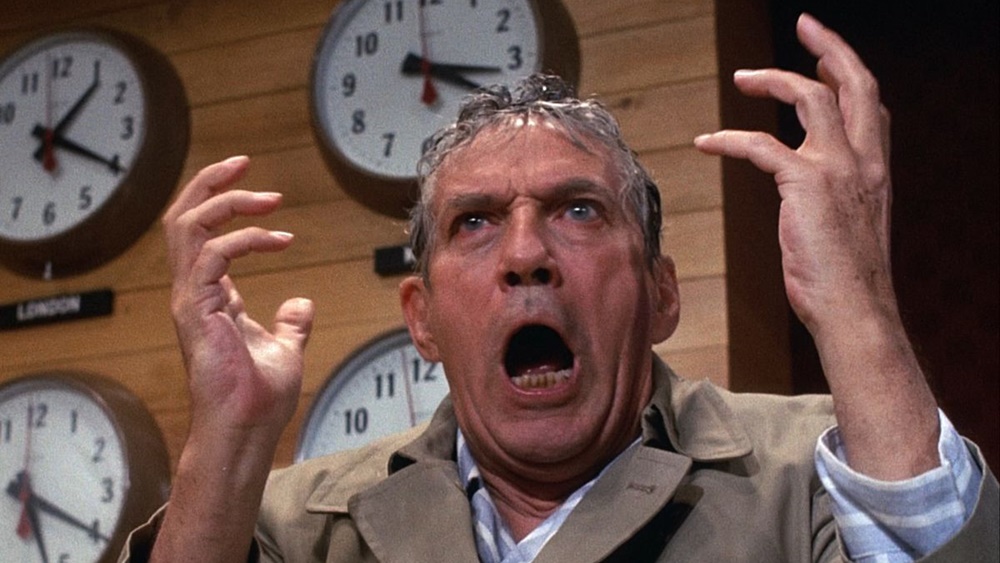 The late Lumet, one of the greatest American filmmakers of the last 50 years, sadly remains relatively unknown outside of film circles, yet a number of his films have been enduring and relevant till today, reminding us that good stories may grow old but they never die.

“I want you to get up right now, sit up, go to your windows, open them and stick your head out and yell – ‘I’m as mad as hell and I’m not going to take this anymore!'”

With the exception of Duvall, all five actors were nominated for Oscars for their performances, with Dunaway, Finch, and Straight clinching the golden man. Lumet was in every way an actor’s director, thus it is not surprising to be wowed by the strength of the performances on display here.

Like Dr. Strangelove (1964) and Brazil (1985), which satirize international politics and bureaucratic industrialization respectively, Network is a verbal and vulgar tirade aimed at the madmen who yield power over television networks.

Written by Paddy Chayefsky, whose original screenplay also secured an Oscar, Lumet’s film is a razor-sharp attack on the media industry, specifically targeting broadcast news’ tendency to exploit victims to drive up viewership and ratings to appease stakeholders and to gain profits and industry stature.

In Network, the victim is one of their own – Howard Beale (Finch), a long-time newscaster of a television network that sacks him because of poor ratings for his news programme.

In his penultimate episode, he declares that he will kill himself live on television in his last week, leading to a bizarre chain of events that would see Beale suddenly become not only a television celebrity but also a prophet for the masses.

In one of the film’s most famous lines, Beale rouses viewers watching his highly-rated programme to go to their nearest window and yell, “I’m mad as hell, and I’m not going to take it anymore.”

Lumet’s direction never calls itself to attention. His visual style is near invisible; he focuses completely on the characters that drive the story, never for one moment allowing himself to pause to indulge in a fanciful camera trick or two. Although the film feels somewhat dated visually, the themes that are explored remain relevant today.

While it does not feel potent enough from an emotional standpoint, Network’s strengths lie in the performances of the cast, and the biting, dark humor that punctuates very regularly in this quite masterful arrow shot at the heart of those who program the goggle box.