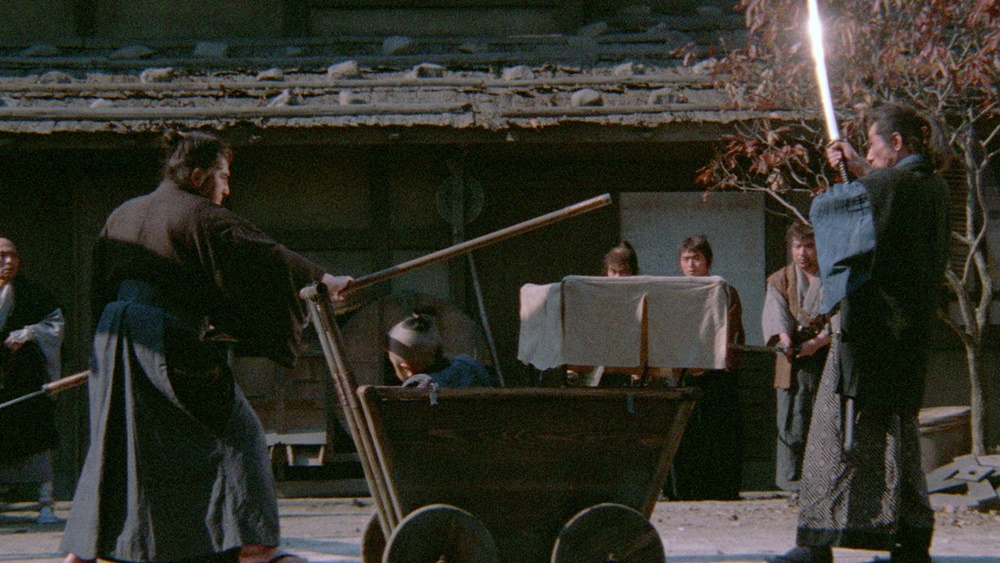 The first of the popular if bloody Japanese chanbara series is sharp and swift like its titular assassin.

Cast: Tomisaburo Wakayama, Fumio Watanabe, Go Kato
Plot: Ogami Itto, the official Shogunate executioner, has been framed for disloyalty to the Shogunate by the Yagyu clan, against whom he now is waging a one-man war, along with his infant son, Daigoro.
Awards: –
Source: Toho 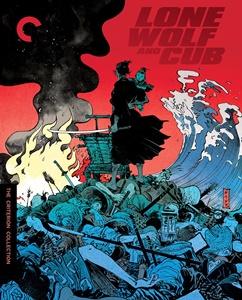 I had a brief conversation with Dr. Stephen Teo (my favourite professor of film studies and now colleague of a few years) recently about the ‘Lone Wolf and Cub’ series of films. He mentioned something interesting: that the works could have been a source of inspiration for John Woo, in particular Hard Boiled (1992), where Chow Yun-Fat’s character (in one of the film’s most iconic scenes) carries a baby whilst dispatching a huge number of baddies with remarkable efficiency.

Similarly, in Lone Wolf and Cub: Sword of Vengeance, the first of six installments in the series, the lead character Ogami Itto has to fend off legions of attackers with his baby son in tow. On a visceral level, both films are a punch to the gut in their depiction of bloody violence, though one could argue that the action, so brilliantly-staged, reaches the level of high artistry.

Sword of Vengeance, if one could classify it, is a jidai geki chanbara film, a period sword-fighting movie that is quintessentially Japanese yet entertaining enough to appeal to general fans of cult cinema. If you enjoy the likes of Lady Snowblood (1973) or the ‘Zatoichi’ films (1962-1973), this will be your cup of tea.

“You would’ve been happier if you’d chosen to join your mother in her world.”

Starring Tomisaburo Wakayama as Ogami, the well-respected Shogunate executioner who is framed for disloyalty by a nefarious clan and sentenced to death, Sword of Vengeance sees him and his infant son chart their own path as Lone Wolf and Cub, waging a bloody war on those who have wronged him.

Kenji Misumi, the director, has made a sharp and swift movie, like its titular assassin as he exacts cold vengeance on anyone who crosses him—and his path. It is not just economically-told but wastes no time in setting the bar for brutality and carnage.

In the opening scene itself, a small child (supposedly a Lord sentenced to death) is decapitated by Ogami. While certainly gory in a way limbs are severed and bodies are stabbed, with almost comical, exaggerated spurts of blood (think Kill Bill Vol. 1 (2003)), Misumi never crosses the line, though a contentious misogynistic rape scene might cause some to be up in arms.

But as a 1970s cult piece based on the Japanese manga by Kazuo Koike and Goseki Kojima, it is clearly a product of its time. What’s intriguing as Ogami journeys on in his bid to find peace through what he calls the “demon way”, is his compassion for the disenfranchised – and of course his encompassing paternal love for his son.