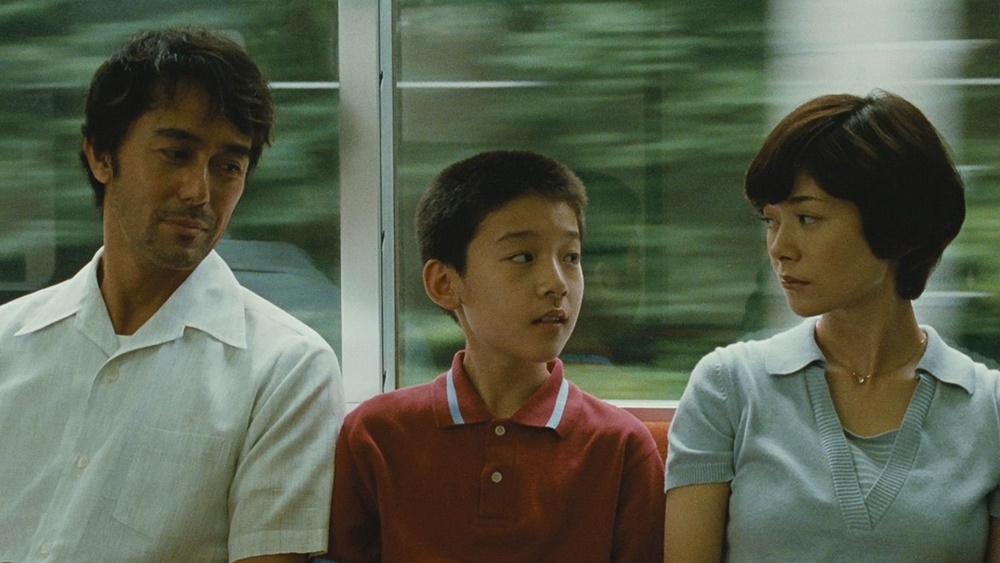 Not one of the master’s finest, but Koreeda’s subtle touch continues to bring warmth and insight to the complexity of modern family relations.

The latest work by contemporary Japanese cinema’s foremost filmmaker brings us into the fractured nucleus of a family coming to terms with separation. An elderly grandmother loses her husband of fifty years, though she finds it a blessing of sorts. The death brings other members of the family together, but not necessarily closer.

Shinoda (Hiroshi Abe) plays the son of the grandmother. He is now divorced, but continues to see his growing kid each week, and struggles to pay for child support every month. He works part-time at a detective agency, serving clients with adultery concerns. But what he really wants is to write again, after a stint as a relatively successful published author.

Writer-director (and editor) Hirokazu Kore-eda fashions a straightforward but affecting story about trying to connect again to the vestiges of the past. Shinoda remembers his late father, his influence on gambling (to the utter detest of his mother), and the times they spent hiding from storms together in the local playground. But he is also aware of his present state, the yearning to take care of his son, and perhaps to reconcile with his estranged ex-spouse.

“I wonder why it is that men can’t love the present. Either they just keep chasing whatever it is they’ve lost… or they keep dreaming beyond their reach.”

After the Storm benefits from Kore-eda’s trademark subtle touch, which continues to bring warmth and insight to his continual obsession with family relations and their inherent complexities. However, it is not one of the master’s finest. And when compared to such brilliant films as Still Walking (2008) and Like Father, Like Son (2013), After the Storm feels slight.

It is a film of two unsymmetrical halves—the first hour or so largely develops Shinoda outside of home, particularly his friendship with a younger colleague, while the second half puts him right in the thick of domestic affairs as he attempts (with the help of his mother) to mend lose ends.

For much of the last forty minutes, Shinoda’s ‘family’ seeks refuge from a hard-hitting typhoon (a circumstantial plot device that gives the film its title and a strong impetus for Kore-eda’s story to unfold) in the grandmother’s home. It is with extreme restraint that Kore-eda did not resort to theatrics or emotional manipulation when such dramatics would have been called for in any other film.