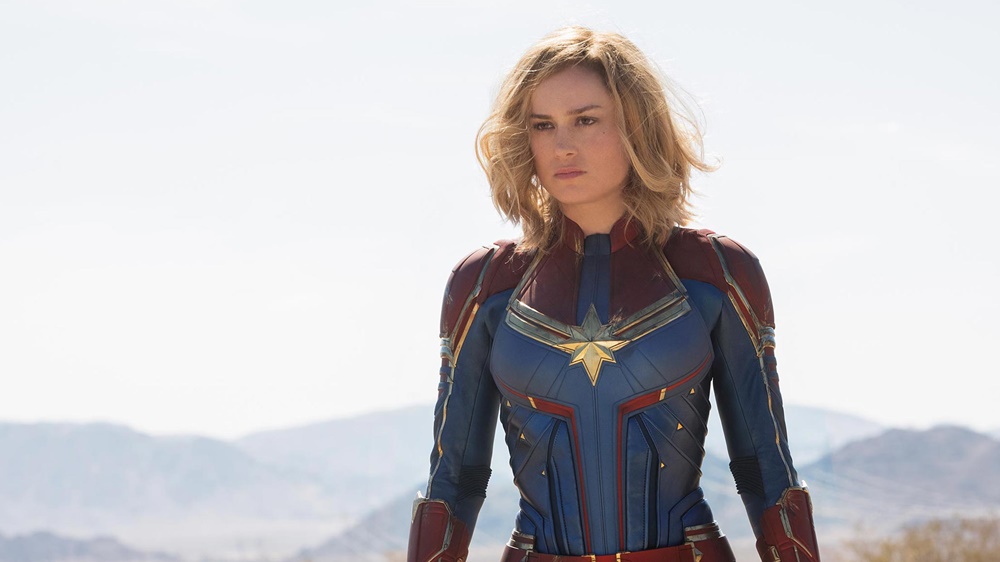 One of Marvel’s weaker efforts to date—it is neither consistently compelling nor has the gravitas of a solidly-mounted studio movie, though it should at least mildly please fans.

Captain Marvel has buckled under the weight of expectations and anticipation, though it is not a bad movie in any way, merely a serviceable one that should at least mildly please fans for the time being.  The timing is more than just nice—just over a month later, Avengers: Endgame, the second leg of the one-sided affair (6-0 victory to evil, purple alien) that was Avengers: Infinity War (2018), will very much be the most talked-about blockbuster of the year, leaving Captain Marvel to be a curious footnote of the Marvel Cinematic Universe.

One might argue for Captain Marvel to be a more grounded film than, say, something like Thor: Ragnarok (2017).  And most of the grounding is done through a mixture of familiar approaches, chief one being its setting of the mid-1990s, where the film milks a fair share of nostalgia—for clunky videotapes, woeful dial-up modems and excruciatingly slow CD-reading speeds—as well as memories as a form of emotional connection.

“I know a renegade soldier when I see one. Never occurred to me that one might come from above.”

Carol Denvers a.k.a. Vers a.k.a. Captain Marvel, as played by Brie Larson in what feels like an unexpectedly subdued display, surely much less charismatic a character/performance than Gal Gadot’s Wonder Woman if the inevitability of comparison has to be made.

I think there’s a problem with the script and direction.  When there appears to be too much reliance on a cat (even if it is part of the comics) for physical humour, particularly when verbal humour falls flat, though the de-aged and always reliable Samuel L. Jackson as a young Nick Fury helps mitigate that, it does suggest there is some inherent weakness in the writing.

But still, kudos to the writers and visual effects artists for at least giving us a rather special visual treatment on the theme of forgotten memories that feels integral to plot and character development.  The overall experience, however, can feel more lackadaisical, or to put it more charitably, workmanlike.

To prepare for her role as Captain Marvel, Brie Larson trained for nine months, learning judo, boxing, and wrestling.

Captain Marvel is neither consistently compelling nor has the gravitas of a solidly-mounted studio movie—a case of a proven formula having its limitations.  Even the original score isn’t outstanding, mostly accompanying action (or what is called ‘Mickey Mouse’ music), and never truly providing a rousing experience.

Ultimately, Captain Marvel does its job in introducing what could be an odds-defying, ace-in-the-pack character in the nick of time, but whether we truly feel the power of the titular heroine (not so much her super-capabilities, but something more deeply symbolic) remains to be said.