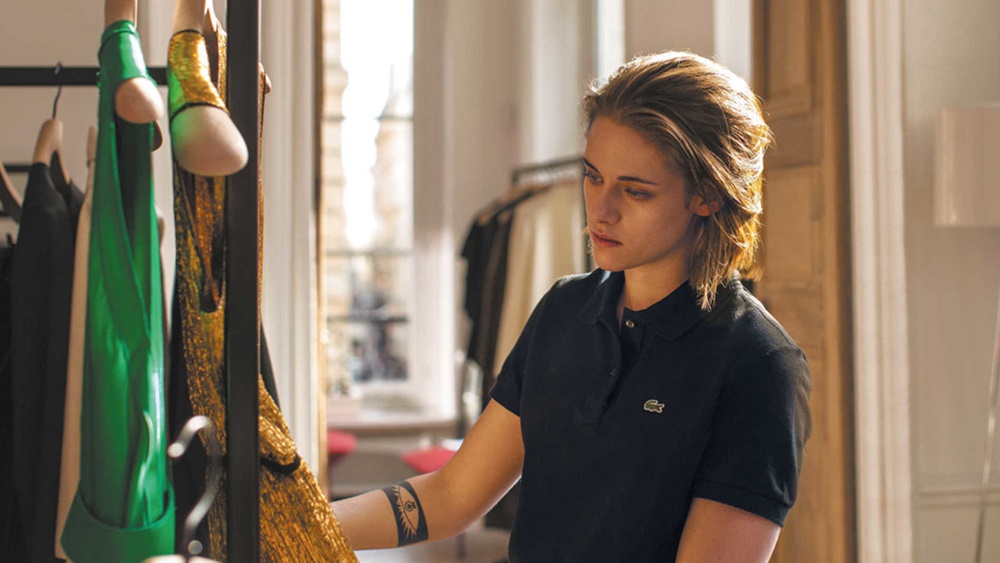 Olivier Assayas’ beguiling take on the ‘ghost story’, made with a blend of sensuality and tension, and backed by a stirring turn by Kristen Stewart.

It’s great to see Kristen Stewart developing into an exciting actress. Working with Olivier Assayas again after Clouds of Sils Maria (2014), which she shared screen time with veteran Juliette Binoche, Stewart now headlines the director’s latest, a beguiling film that refuses to be pigeonholed into any genre or style, though it comes closest to being seen as a ‘haunted house’ type movie.

Even that label can’t even begin to describe the enigmatic quality that Assayas has brought to the table, delivering one of the better films of his oeuvre.

That being said, Personal Shopper will frustrate viewers looking for a standard emotional payoff, or the cliché scares associated with the genre. How well you resonate with the picture is how well you let yourself loose in Assayas’ world of psychological deception.

Opening with Stewart’s character, Maureen, who stays alone in a large house in the middle of the night—thus playing with the conventions set forth by horror tropes, Personal Shopper is a ‘ghost story’ that questions the existence of the afterlife, exploring ideas associated with spiritualism and communication with the dead.

“So we made this oath… Whoever died first would send the other a sign.”

Maureen’s twin brother has recently died, and we learn that he was a serious medium in tune with the mysteries of the other world. Much of the horror elements—which aren’t outright frightening, but more of Assayas playing with the creative possibilities of camerawork, music and sound design to create an atmosphere of tension and fear—are tempered by another side to Maureen’s life: she’s a freelance personal shopper for an egocentric fashion celebrity.

Maureen’s desire to taste the forbidden fruit—to try on her employer’s uber-expensive clothes and shoes (and be someone else)—is paralleled with her desire to seek emotional closure with her deceased sibling.

The dialectics of fear and desire, tension and sensuality are most pronounced in a scene where Stewart goes nude in the walk-in wardrobe of her boss’ house, in search of material and psychological fulfilment, and to an extent, a kind of eroticism that seems to have eluded her in her period of grief.

Assayas has called Personal Shopper a companion piece to Clouds of Sils Maria in that Stewart’s character operates on the fringes of incredible wealth and fame in both films. Of course, with a performance this good, she is now well away from the fringes of mediocrity.