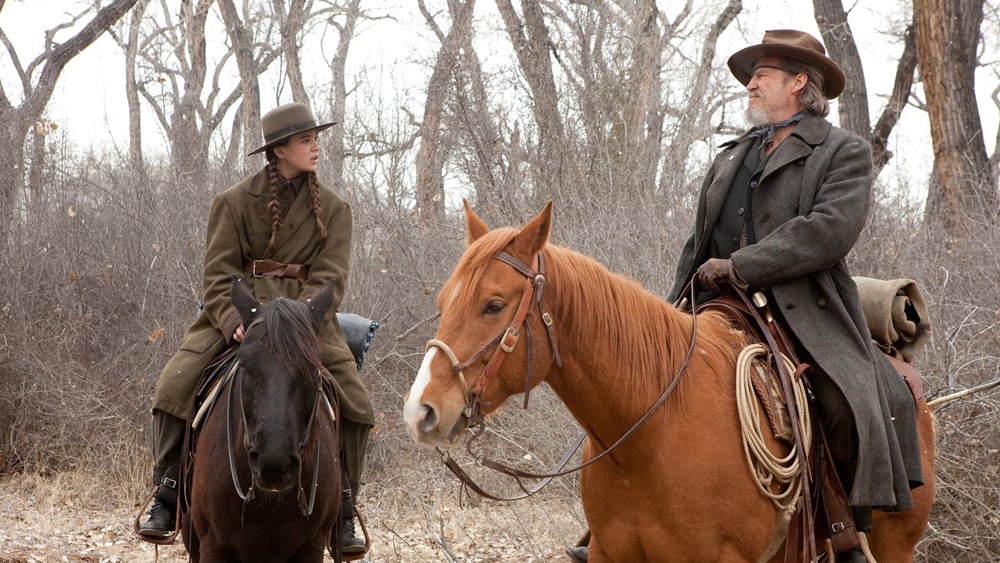 The Coens’ take on the Western could be the definitive adaptation of Charles Portis’ novel – beautifully-shot and scored.

After taking the philosophical path with the confounding but brilliant A Serious Man (2009), the Coens are back with a more mainstream picture, a remake of the film that landed the legendary John Wayne his only acting Oscar.

More faithful to the novel by Charles Portis, then Henry Hathaway’s iconic Western, the Coens’ True Grit is a potent and well-executed film, not necessarily one of the brothers’ best works, but still a film to be appreciated as a nostalgic Western with a big heart, which is quite an anomaly in today’s cinema, and very much an eye-opening experience for many of us.

Jeff Bridges plays Reuben Cogburn, a U.S. Marshall who is employed by Mattie Ross (Hailee Steinfeld), a vocal, determined 14-year old girl to help her to find the person who murdered her father. That person is Tom Chaney (Josh Brolin).

Coincidentally, Chaney is also pursued by a Texas Ranger, LaBoeuf (Matt Damon), who wants him for the murder of a senator in Texas, and the money that comes from capturing him. The trio of Cogburn, Ross, and LaBoeuf become the key characters of which most of the narrative is centered upon.

What is most distinct in True Grit is its picturesque cinematography. The Academy has owed Roger Deakins an Oscar for a long time, and this is the best chance to reward the nine-time nominee. The framing and composition of shots are amazing, always focused on the characters, but never losing sight of the hostile environment that threatens to bury them.

Carter Burwell’s mournful score begins the film, immediately accentuating the setting, and foreshadows the events that would unfold later. These events unfold with logic and clarity, and are carefully set-up to milk as much suspense and drama as it is possible.

“You must pay for everything in this world, one way and another. There is nothing free except the grace of God.”

Even though the film is a straight genre exercise for the Coens, True Grit not only reminds us of the brothers’ extraordinary gift for writing clever dialogue, but also their trademark marrying of grim situations with offbeat humor.

However, most of the film’s narrative is structured in such a way that the average viewer could follow easily, and this might not please Coen diehards who would have expected the duo to somewhat reinvent the genre, given their penchant for twisting generic fare.

Even then, this film version of Portis’ novel is still the definitive one, with better characterizations (especially of its supporting characters), and a more beautiful cinematography to boot.

True Grit features two strong performances in Bridges and Steinfeld. Both of them steal the screen whenever they are on, to the extent of leaving Damon and Brolin (who are only above-average here) in the shadows.

Fresh from his Oscar-winning turn in Crazy Heart (2009), Bridges gives another towering display of the art of acting while under the influence of alcohol, most notably in the scene where he comically attempts to prove to Damon’s character that he is an ace shooter.

The lack of action may be a sore point for some viewers, but I applaud the Coens’ decision to concentrate primarily on the friendship between Cogburn and Ross as this would have strong bearing on the film’s subtle, almost stylized final act, which is as poignant as it is lovingly envisioned by two of American cinema’s most treasured artists.