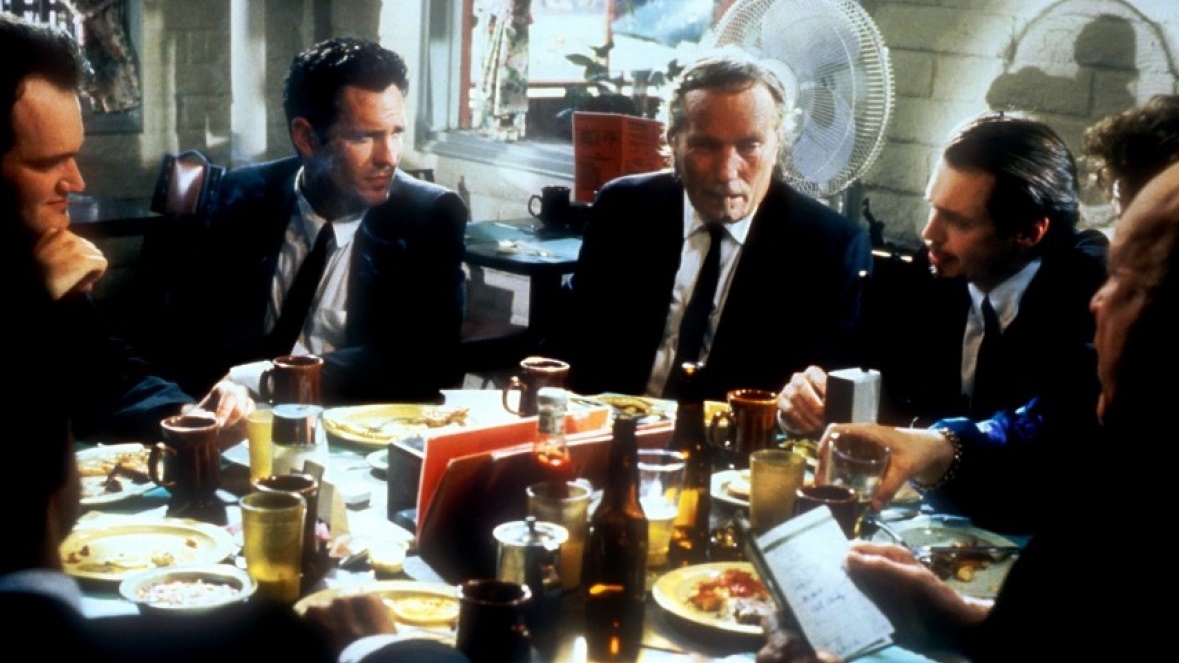 Tarantino’s cracking debut establishes the style, tone, dialogue and violence that would make him arguably the most influential American filmmaker of the ’90s. 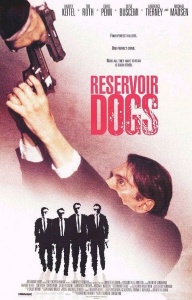 Quentin Tarantino’s first feature is a cracker. It not only lays the red carpet for the arrival of a hotshot prodigy writer-director, but sets the groundwork for the kind of visual and aural style that are now considered hallmarks of Tarantino’s filmmaking.

Reservoir Dogs begins with a group of professional criminals sitting around a table in a café talking about things like the ethics of tipping, and what Madonna’s song ‘Like a Virgin’ actually means. The dialogue is profane, an engaging mix of witty and dumbass remarks that will hook you. And it doesn’t let go until the end.

From the opening titles sequence that is every rocking guy’s definition of cool, to a tense Mexican standoff in a warehouse, Reservoir Dogs takes the crime-gangster film, or more precisely, the heist film and redefines it along structural, content, and stylistic lines.

Considered arguably the best heist film ever made where the heist is not actually shown, Reservoir Dogs, like Pulp Fiction (1994), is told in a non-linear manner with chapter flashbacks that detail the back stories of some of the film’s major characters.

“I can say I definitely didn’t do it because I know what I did or didn’t do. But I cannot definitely say that about anybody else, ’cause I don’t definitely know.”

Reservoir Dogs centers on the aftermath of a heist gone wrong. Two of the characters suspect that someone in their ranks betrayed them. The narrative, driven entirely by dialogue, becomes a complex web of mystery with its fair share of twists and turns that Tarantino cleverly weaves.

The pacing of the film suffers somewhat in some of the chapter flashbacks mentioned previously, not because Tarantino’s script takes a turn for the duller, but because he allows the scenes to run too long. However, he does not compromise in the film’s depiction of violence.

Infamous for its torture scene accompanied by the song ‘Stuck in the Middle with You’ by Stealers Wheel that makes one groove to its rhythm, Reservoir Dogs gleefully plays with its treatment of violence as both repulsive and trivial at the same time. There is also a copious amount of blood spilled as Tarantino doesn’t shy away from the consequences that befall crooked men.

Reservoir Dogs is a crime film that tries a new formula and succeeds in doing so. It has some pacing issues, but as far as 1990s American cinema is concerned, Tarantino’s feature debut is a superb example of a filmmaker taking an entire industry by storm with a kind of cinematic passion rarely seen. Lucky for us, QT has never lost that passion since.