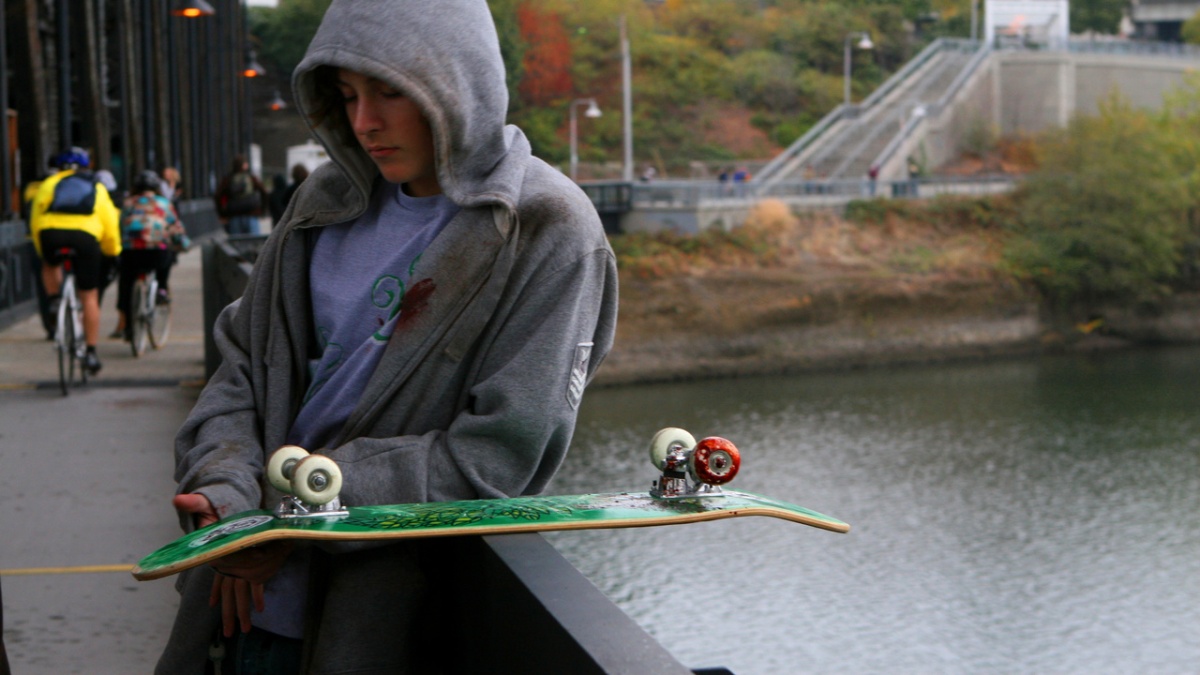 An interesting if somewhat inconsistent experiment with visual language and sound design as Van Sant collaborates with DP Christopher Doyle to capture an intimate psychical portrait of a teenage boy faced with an insurmountable psychological burden.

Cast: Gabe Nevins, Daniel Liu, Taylor Momsen
Plot: An unsolved murder at Portland’s infamous Paranoid skateboard park brings detectives to a local high school, propelling a young skater into a moral odyssey where he must not only deal with the pain and disconnect of adolescence, but also the consequences of his own actions.
Awards: Won 60th Anniversary Prize & Nom. for Palme d’Or (Cannes)
International Sales: MK2

I have to admit this is only my second Gus Van Sant film after seeing Milk (2008) 14 years ago. I’m not sure why it took me so long to be drawn back to the filmography of one of post-80s American cinema’s defining independent filmmakers.

Made just before Milk, Paranoid Park is best seen as an interesting experiment that creatively plays with the cinematographic and sound aspects of storytelling.  Here we see the director collaborate with Christopher Doyle, who famously lensed some of Wong Kar-Wai’s most indelible works.

Through the poetic use of slow-motion (perhaps a tad too indulgently), raw Super 8 visuals for certain segments of skateboarding, and conscious interplay of noise, sound, music and silence, Paranoid Park can feel immersive yet detached at the same time.  It is a peculiar film, to say the least.

“I could already feel the relief of telling him.”

Van Sant sees skateboarders on skateboards as something to be captured artfully—one of them, Alex, a teenage boy, goes out one night and gets caught up in a little detour with a young man, setting the stage for a highly traumatic episode.

Faced with an insurmountable psychological burden, Alex becomes riddled with guilt and struggles to find a way to resolve it.  Van Sant is most interested in painting this psychical portrait of Alex as intimately as possible.

On one hand, Paranoid Park does achieve some success in depicting the inner torment of a youth as he exists in his milieu of school, casual sex and broken family; on the other hand, it is not a very focused film to begin with, but some viewers may appreciate its loose, mosaic-style vibe.